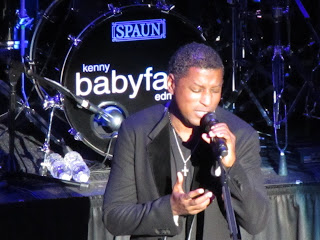 I'm a sucker for 90s R&B and I love a good love song.  When I saw that Babyface was at The Howard Theatre, I knew I had to grab a ticket and go.  I picked up my ticket on StubHub, where I found it for 50% off the Ticketmaster price.

Sure enough, as soon as I bought the ticket, I was reminded that the Denver Broncos were playing Thursday night football.  Oh well.  I hadn't seen Babyface since the mid 90s and I wanted to go.  Every time I've noticed that he was performing near me in the past, his schedule never coincided with mine, so I had to seize the opportunity. 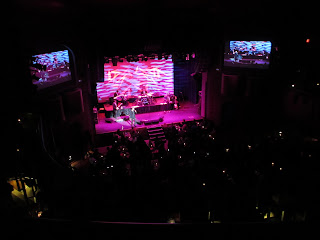 I'd never been to the Howard Theatre before.  I knew it had "recently" been redone.  I went in not knowing what to expect and wow, was I surprised!  It's great in there.  They don't pack people in and there was seating for everyone from what I could tell.  The tickets were general admission, but you may have been able to reserve a table.  I'm not really sure.  The venue serves a full menu, so next time I'm definitely getting there early to dine.  I was able to pull right in front of the theatre and valet my car for $20.  Retrieving the car only took about 20 minutes. 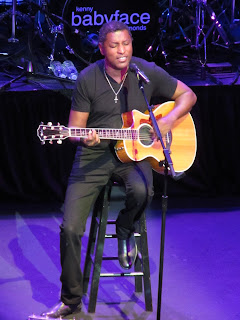 Babyface opened the show with "For the Cool in You" and played songs that he's known for singing and those that he wrote for Bobby Brown, Tevin Campbell, etc.  The show only lasted about 1 hour and 40 minutes, but easily could've ran 3 hours with his extensive catalog.  Personally, I would've preferred that he sang longer, but that's always the case with artists that I love.

The crowd and I sang along through most of the show and Babyface told stories of his youth and how he enjoyed being in love.  To be a successful writer, you need to write about what you know and I'm a firm believer that Babyface is an expert when it comes to writing a love song.  He has the formula down to a science.  Granted he's not the most charismatic artist to ever take the stage, but as he tells his stories you can see he has a sense of humor.

And best of all Peyton Manning led the Broncos to victory later that night.