Wednesday. Most people are home on Wednesday night. The Wirk is not most people. I wasn’t even supposed to be in town ~ since work was originally expected the keep me Europe this week, but I am fluid and have learned to just “roll with it”…

Wednesday. Usually I go out with my girls.  My girls and I get dolled up, head to our local watering hole, and go dancing...

Wednesday ~ this one was different, since my girls all seem to have variations of swine flu, the common old, and strep and are staying home. The Shaq-less Cavs were in town to play the Wizards, and with my ex in the middle ~ I felt no need to try to get a seat… I’ve seen that show many times and wanted to do something fresher. Public Enemy was in town to help raise awareness for Youth Homelessness. Ironically, when looking for something fresh, I chose to go old school…

I rounded up a couple of my friends who are Public Enemy fans and off to the show we go. Lisner Auditorium is a small venue. Picture a movie theatre on opening night ~ yeah, the show is general admission, but good luck finding a seat. If you donated a coat, you could be upgraded to a VIP seat closer to the stage. I went through my closet ~ pulled a coat. Not sure what happened, but there was some miscommunication and my 2 friends who I shard the cab with went empty handed to the concert. Yeah, I don’t know… Anyway, I’m set with my VIP bracelet and am already thinking of how I am politely going to tell my two friends, that I’m sitting up front and that I’ll see them after the show. Sure enough, my opportunity came at the bar, when my friend told me to wait for them. I think she could tell I was getting spazzy… “We’re all gonna sit together,” she said. “No, we’re not.” I replied. With that settled, into the auditorium I went.

I sit next to a guy named Jimmy. It just so happened that Jimmy knows the guys that are working security. Courtesy of Jimmy, I am upgraded from the 10th row to the 3rd row. Jimmy is now my best friend. My friend sees this and texts me, “I just saw you move up with that guy. Hook us up bitch.”… I laugh out loud and show my new best friend her text. He tells me to talk to his friend ~ he thinks his name is Carlos and see what I can do. I go up to the guy and call him Carlos ~ and he says, “Did you just call me Carlos?” OK – we’re off to a bad start, Carlos is obviously not this guy’s name… BUT I have no shame and I will be short 2 friends if I don’t make it happen for them. I continue to press on with “Carlos” and ask if my friends can move down. After getting the green light from him, I wave my peeps down and manage to sustain those friendships for at least one more night.

Show starts. Flavor Flav (aka Fookie Fookie) is on the stage doing his thing. Chuck D gets on stage and wow, that voice… Talk about contrast from Maxwell last week… Chuck D’s voice is commanding. Think of it like this. At fast food restaurants you have to ask for ketchup. Why?!?! Who knows ~ ketchup is free. Anyway… I’d imagine Maxwell almost whispering, “Can I have some ketchup, please?”. Chuck D would say, “Gimme some ketchup.” Flavor Flav wouldn’t utter a word. He’d just hop the counter and grab it himself.

Public Enemy played their hits, but noticeably absent was Burn Hollywood Burn… Don’t worry, I’ll live. 911’s a Joke didn’t disappoint and Fight the Power was strong. “Elvis was a hero to most, but he never meant shit to me…” Eureka ~ I’m not alone!!!

It’s 11PM. Concert is over and it’s time to hop in a cab to hit a birthday party. Happy Birthday, Michael Wilbon. Cavs v Wizards game has ended and the crew is making it over to a spot so we can toast our dear friend, and where he can get some grub after the game. We chat it up, catch up, and drink up. Mike bolts for home, and it’s decided that three of us will go to the club to see Lebron and the crew. With Teri and Neville with me, I’m off to a spot called Josephine’s… Randy (LeBron’s cousin and co-star in a State Farm commercial where they do the Kid and Play dance) has his phone off. We’re waiting and I notice a Washington Wizards is waiting too, and he is pissed. HAHAHA… “This always happens when Cleveland is in town,” he yells. My girl gets the attention of one of Sam Cassell’s friend, and we’re in. The door girl wants $140 for the 3 of us. $40 for girls, and Nev has to pay $60 for being a dude. I laugh at her. Sam’s friend comes through for us again and we’re IN.

The club is packed. I couldn’t tell you what music was playing, and I’m pretty sure I had a fun time. We head to the bar. Check the scene, head to the VIP. Deshawn on one side and Lebron on the other. It’s an OBVIOUS choice. My girl knows Lebron from the league and being in PR. I “know” Lebron because of my Cleveland WAG past. What’s a WAG?!?! It’s an acronym I picked up when I was in London for 3 weeks. WAG stands for Wives and Girlfriends and I am a Cleveland Cavalier WAG alumnus… We’ve been at the same parties and events and sat less than 2 feet apart numerous times (most recently when they played Orlando during the Eastern Conference Finals), but I still don’t think he puts it together and I’m not sure I want him to. I like being a little under the radar with him and although I think he’s special, I’m not Lebron crazy. I practically watched him grow up on the court because I went to the University of Akron, lived in Cleveland, and would see him all the time.

We walk over to Lebron and the club’s security attempt to keep us away from Lebron’s corner. Try again… We get waved through. We say, “What’s up?!?” After acknowledging each other, we’re done. There really isn’t much else to say. Lebron was sporting some smart eyeglass frames and was probably sweating harder underneath his sweater than he did on the court, because the club was HOT and I had heard he got hit with two techs during the game. C’est la vie.

My crew and I decide to bounce. I hop in the cab, text my friend to see if she’s still awake and ask to crash at her house since my car is there and I don’t drink and drive. She says I’m golden, but to go to the back of the house so I don’t wake up her housemate. Looks like I have one more stealth operation before I sleep…

Woke up at 8:30 this morning and reflected on a great night… Yeah, Wednesday. And I wasn’t even supposed to be in town… 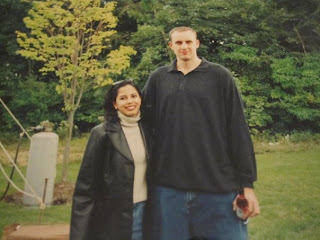 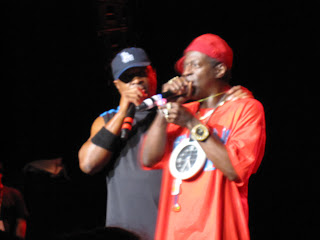 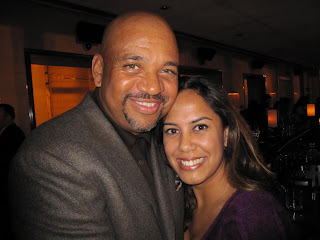