Yankees defeat the Nats 5-3 after 14 innings

Unfortunately I forgot my camera when I went to the game so all the pictures I have a from my iPhone.  Once again, I went into the game expecting to see Bryce Harper do something special.  After 14 innings, I left feeling a little frustrated that I hadn't seen the special player that everyone raves about. 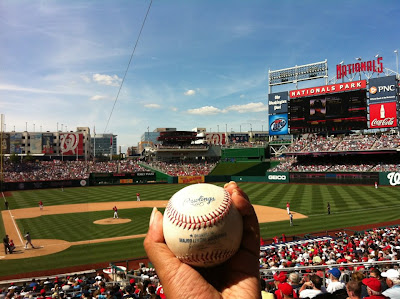 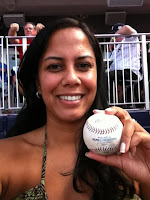 One special thing that happened at the game was when Eric Chavez hit a foul ball that went into my section.  The older men sitting at the table behind me couldn't catch the ball, so it fell right behind me.  I had to lunge, but I was able to get the ball!  Now both of the baseballs I have are from Yankees!  The first was from Alex Rodriguez, when he tossed me one in Minnesota (i.e. at a Twins game) and now this one from Saturday,

Yankees won on Saturday with a score of 5-3.  It was a marathon, but a great day for baseball! 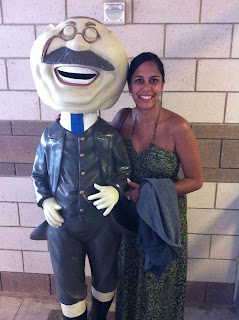 I ran into Teddy on the way out and although he never wins the Presidents' Race, he's a winner when he's with ME.