Wirk deux Soleil ~ My 2nd trip to TSNY in DC 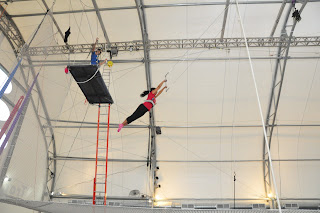 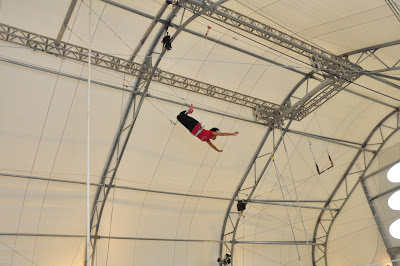 I'm not "there" yet, but I did attempt being caught twice.  I didn't reach my goal yet, but I'm definitely getting closer!

If you're curious about going and taking a class, maybe this will ease your fears.  In this particular class, there was a family of 4 (i.e. mom, dad, and a young boy and young girl), a father and his daughter (i.e. the father was in town visiting and took his first class), two guys who bought a Groupon or Living Social deal, a girl who used to go more regularly (i.e. but has subsequently been working overseas), and me.  We were a motley crew, but it was a great time! 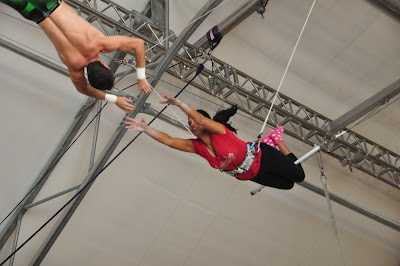 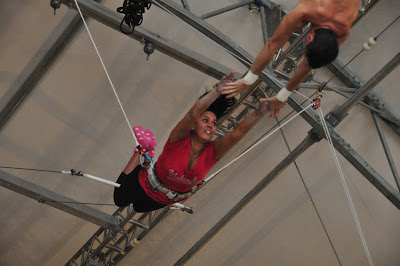