Fun time at the Taylor Swift Concert in Singapore 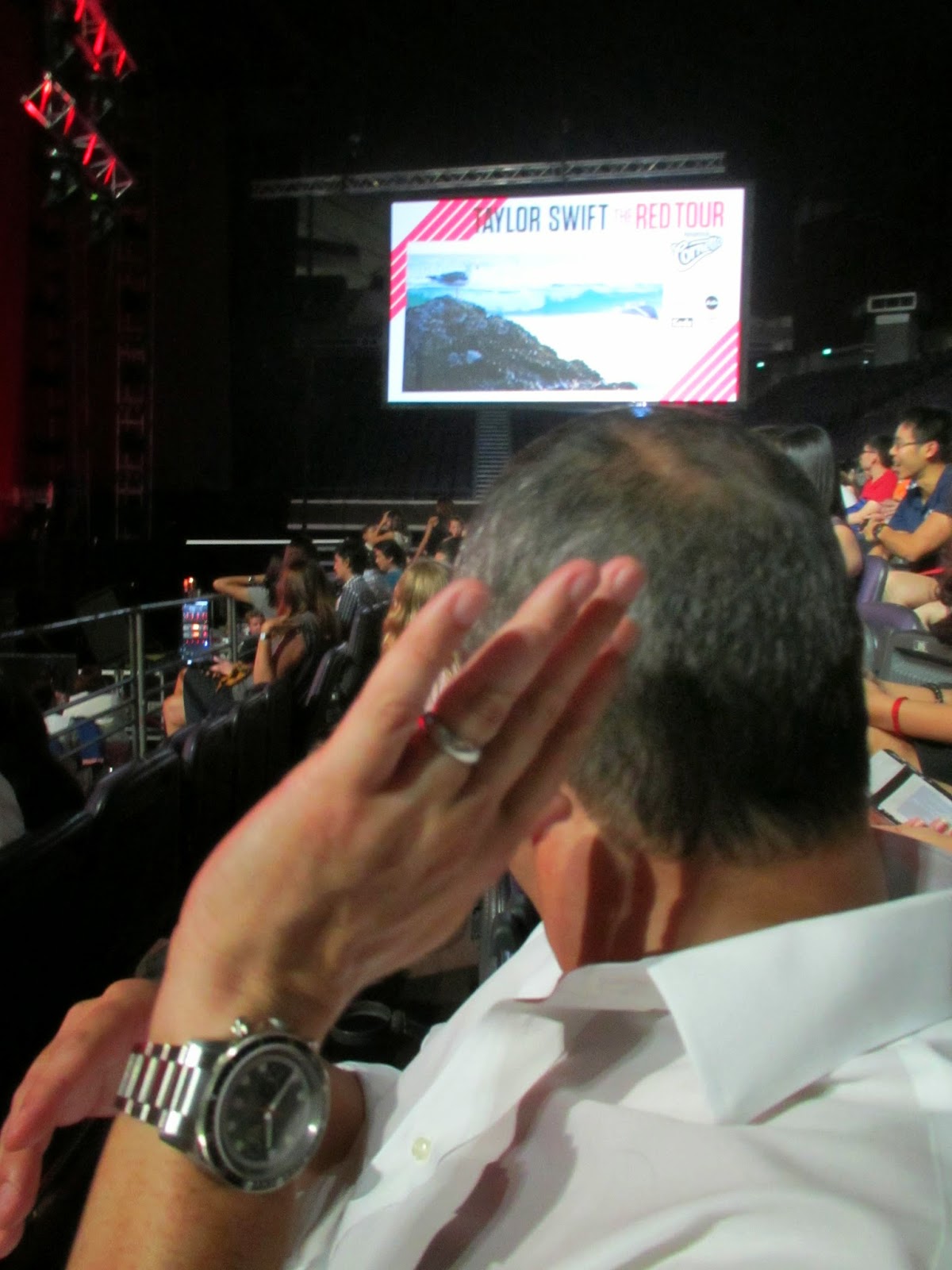 Last night my husband and I went to see Taylor Swift's Red Tour.  She had to cancel her date in Bangkok, and as a result she was able to add an additional date in Singapore at the Singapore Indoor Stadium.  Music to my ears, since I was chasing down concert tickets and seeing prices close to 1000 SGD (i.e. Singapore dollars) on the secondary market.  Once the new concert date was added, I made sure I didn't miss the opportunity to purchase tickets at face value.  Incidentally, I hope those people who are trying to extort her fans by charging crazy prices take a bath on their tickets...

At any rate, my husband agreed to come along and check out her the concert with me.  I'll admit right now that we'd never refer to ourselves as Taylor Swift fans.  I went through my iTunes and found an album on there of hers, but I maybe know 10 songs max.  I looked at her set list and figured there'd be 6 songs out of 13 that I'd enjoy.

As the show started, I noticed a woman walking along the outside of the floor seats.  She had security around her.  It was Taylor Swift's mom.  How do I know?  I watch too much TV --- that's how I know.  Turns out her mom grew up in Singapore.  Small world!!! 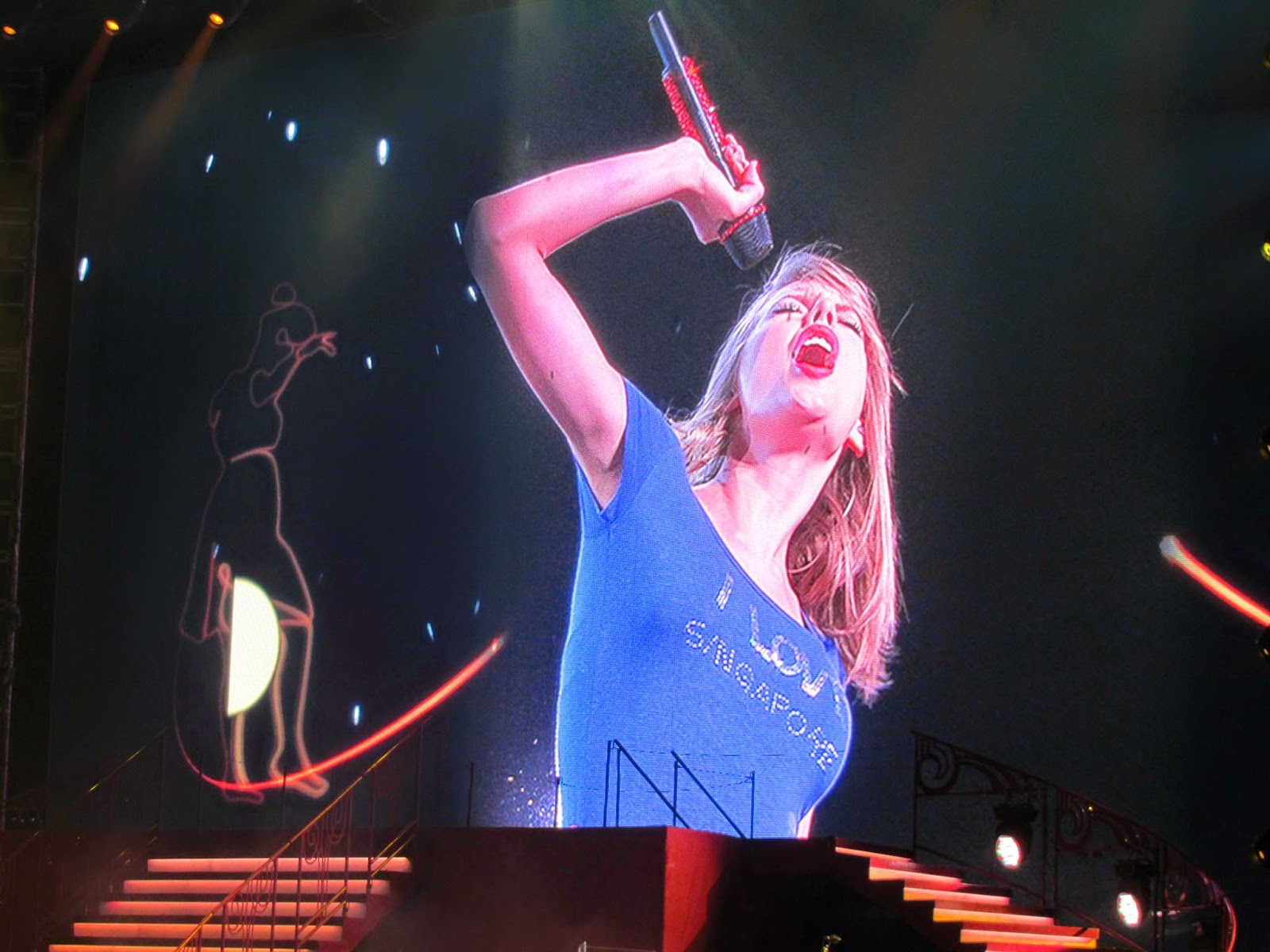 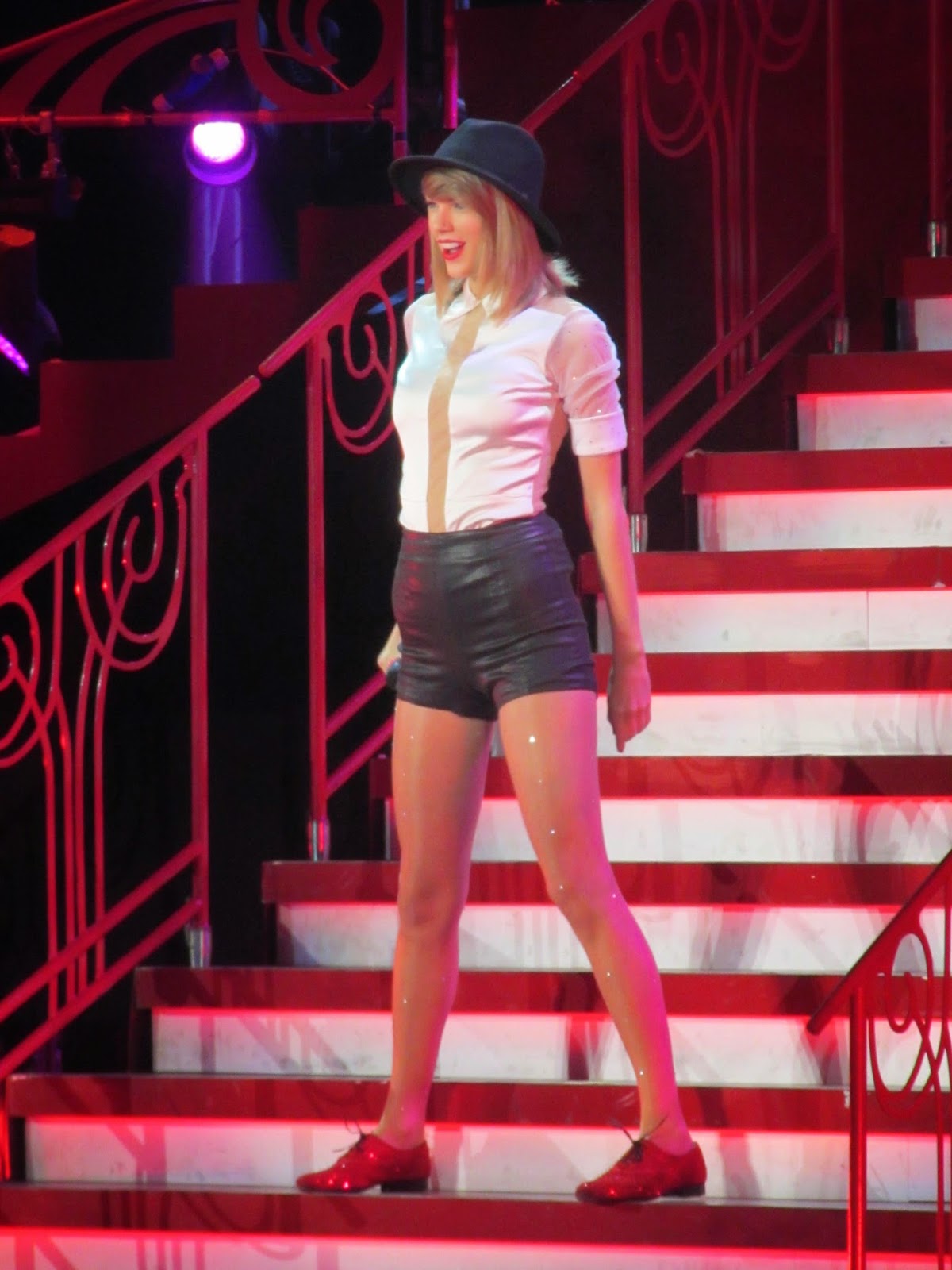 As the show started, I was impressed that someone so young was able to hold her audience's interest without challenging choreography and walking around half-naked.  This bodes well for someone like me, who's more than tired of people selling sex in order to be relevant.

I caught myself singing along with 10 year old boys and girls.  I got caught up with the excitement and couldn't help but snap some pics, while the kids next to me filmed on their smart phones.  My husband and I shared some laughs and have to admit that we enjoyed the show. 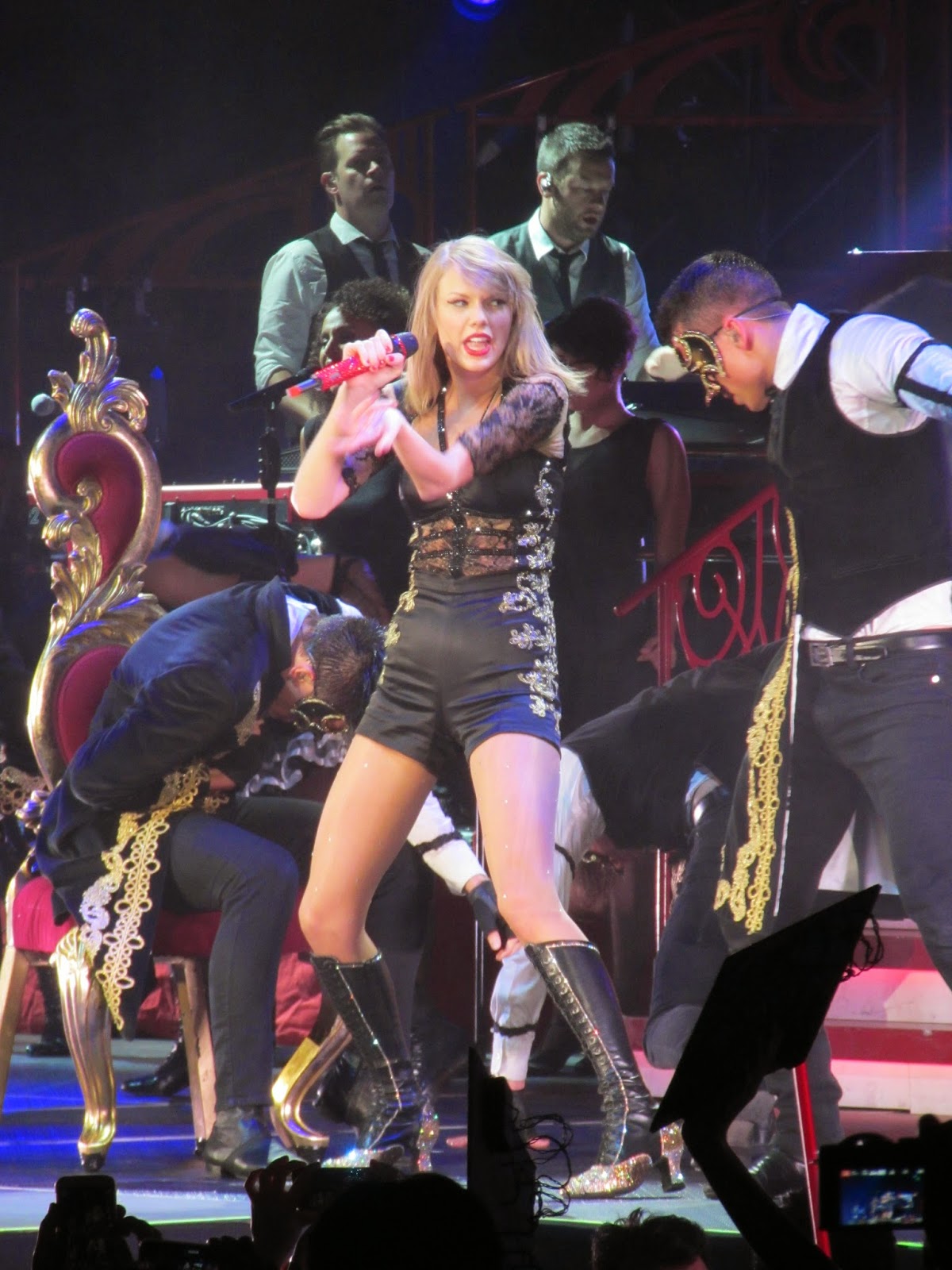 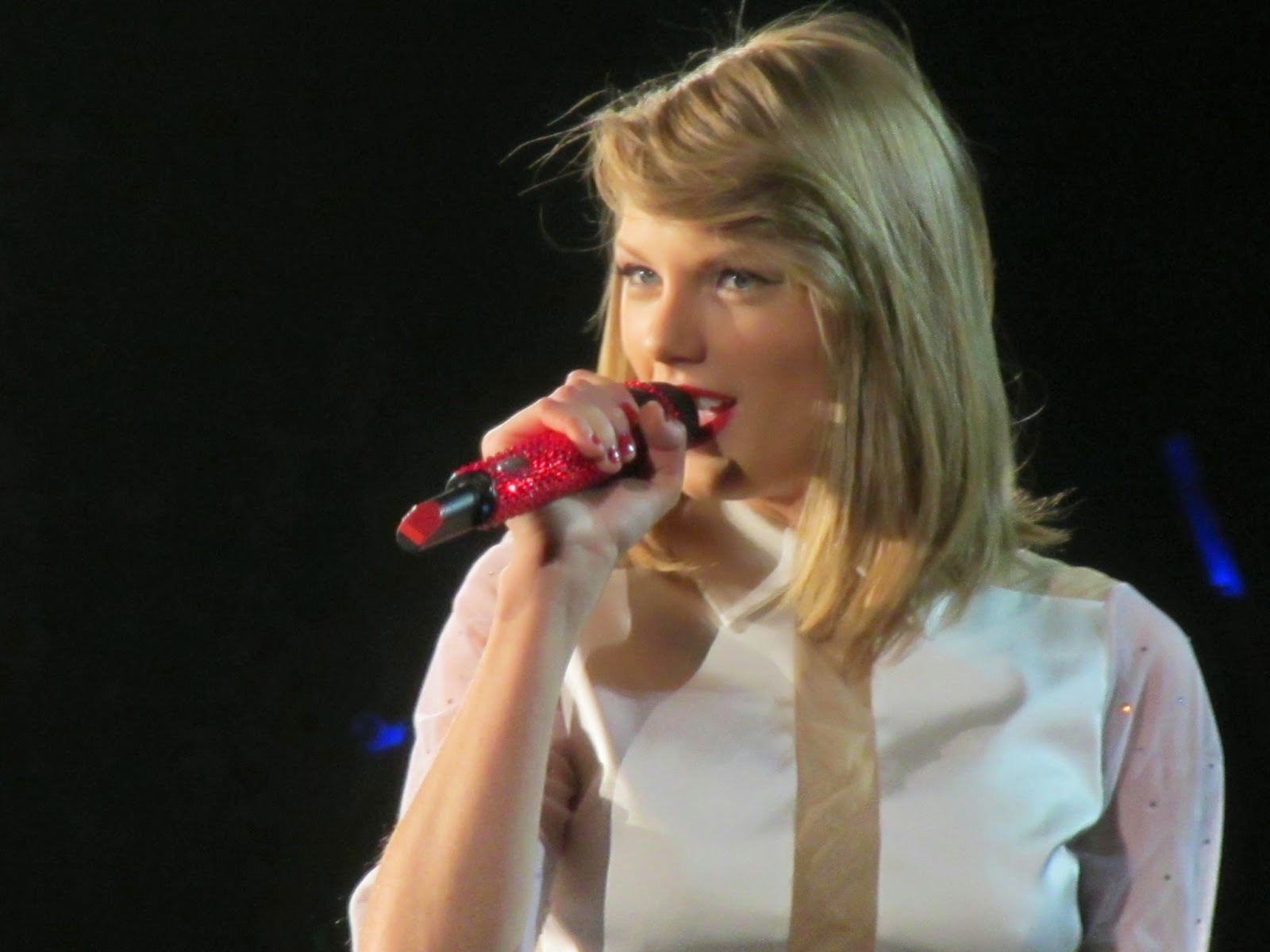 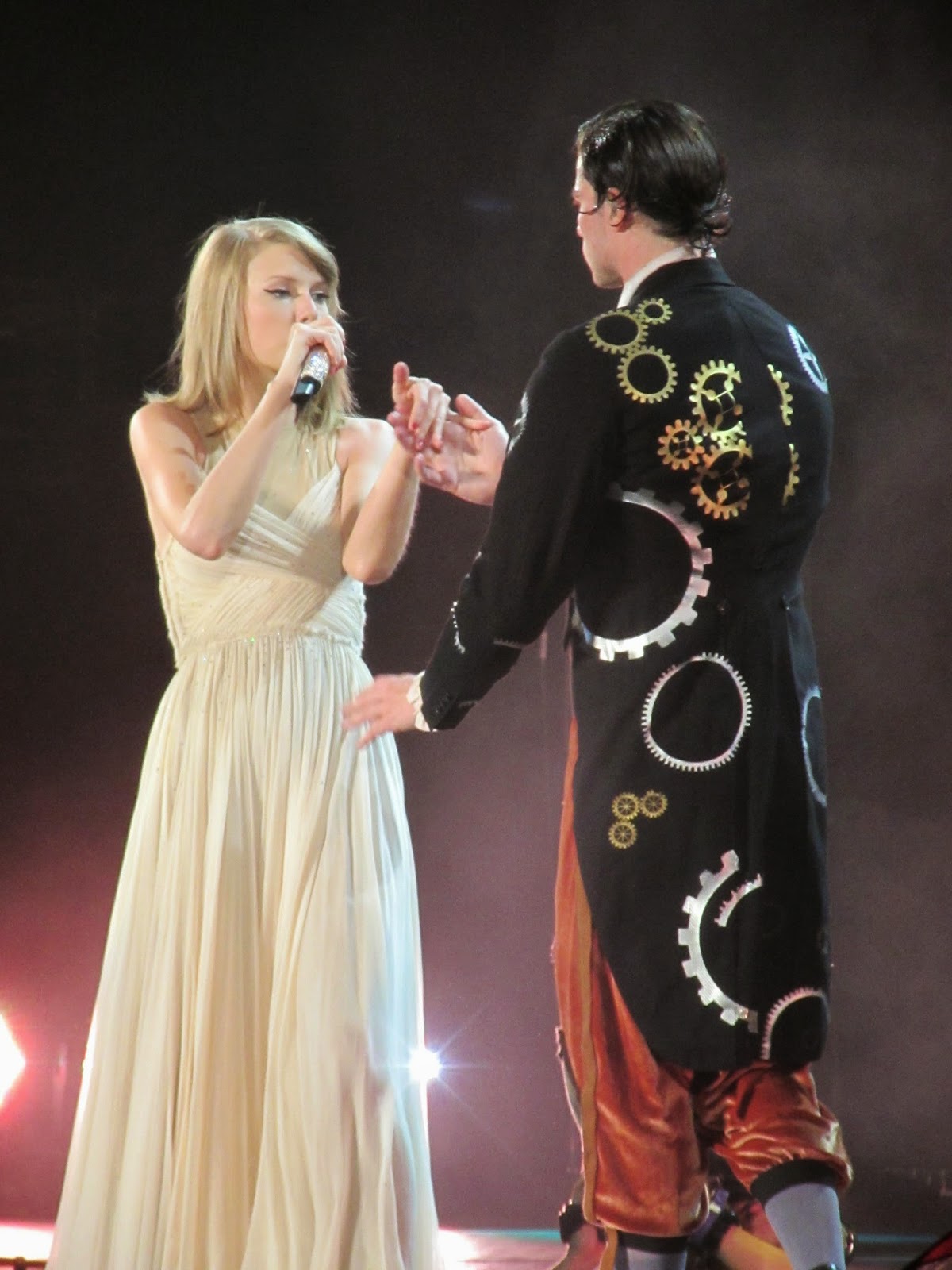 Are my husband and I Taylor Swift fans now?  Just maybe...

My morning at the Grand Sumo Tournament in Tokyo 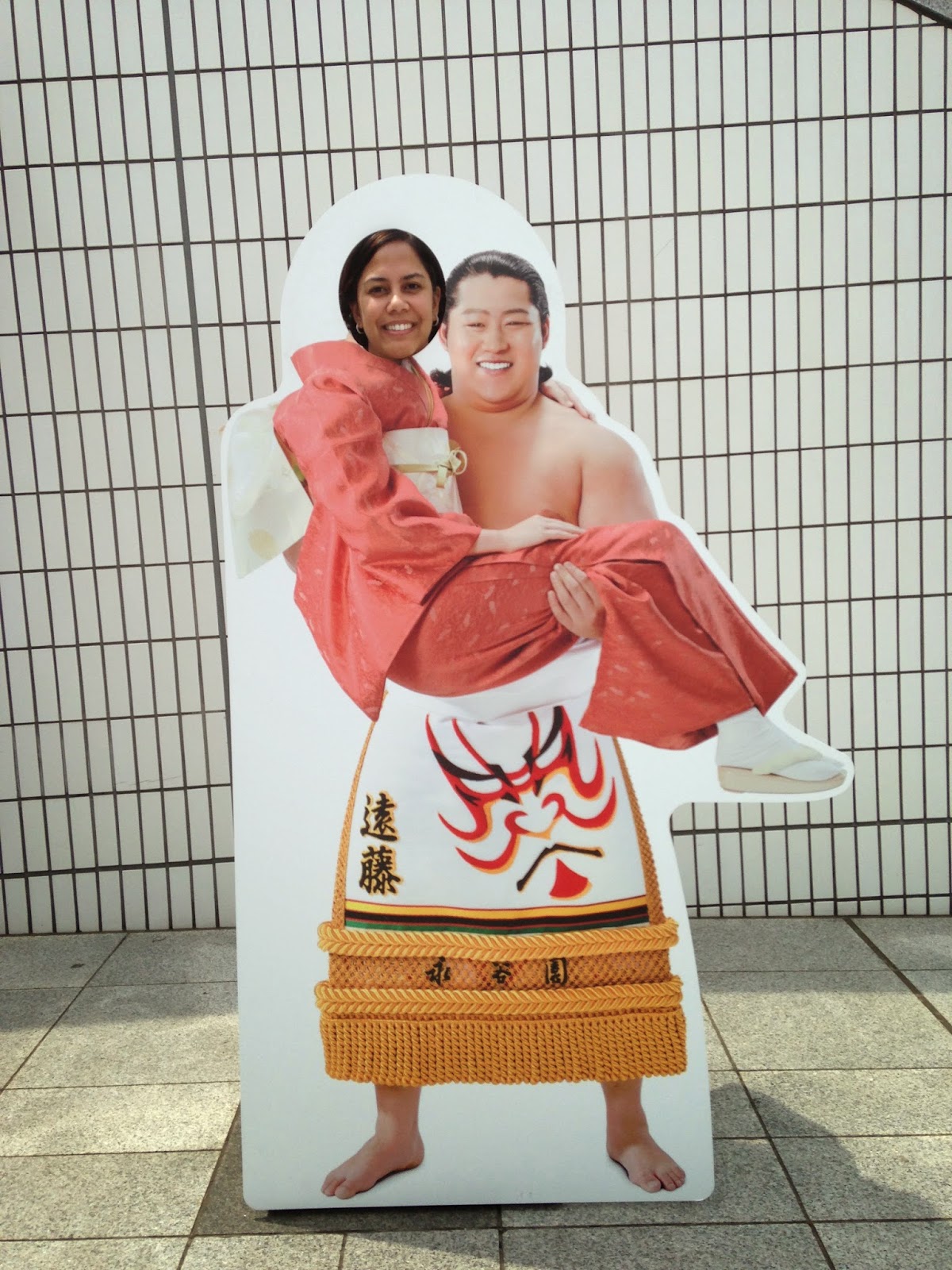 My husband and I have been talking about going to see a sumo tournament, but our schedules haven't been able to accommodate a trip yet.  Imagine my surprise when I found out that there was a sumo tournament going on and that I'd have time to attend.  What luck!

I asked the hotel concierge to help me, and I started to do my research on the Internet.  I determined I could go early in the morning before my meetings and that something would be better than nothing.  The trains were easy to figure out, and before you knew it I was at the Ryogoku.  The main event sumo matches occur in the later afternoon (i.e. around 4PM) but the wrestling starts much earlier. 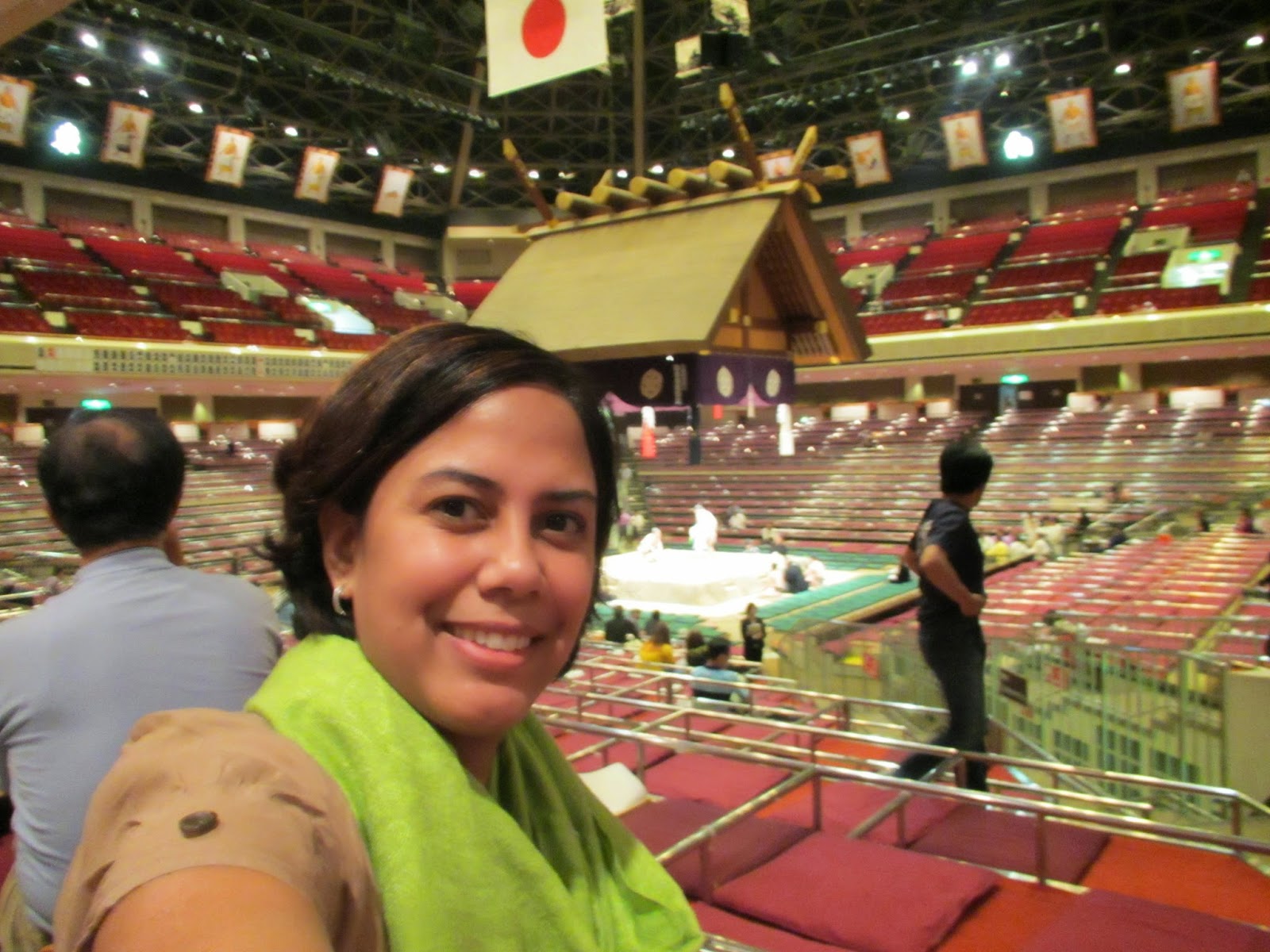 For 10,600 yen (i.e. approximately 103.60 USD) I was able to buy a lower level box seat.  The woman at the ticket booth showed me a sign that said that during periods of high demand, people would need to share the box (i.e. a box has 4 cushions where 4 people can take their shoes off and sit).

When I went into the Kokukigan, I could see that it was pretty empty.  I expected this based on what the hotel concierge told me.  I walked around the concourse, picked up some souvenirs and settled in to watch the matches. 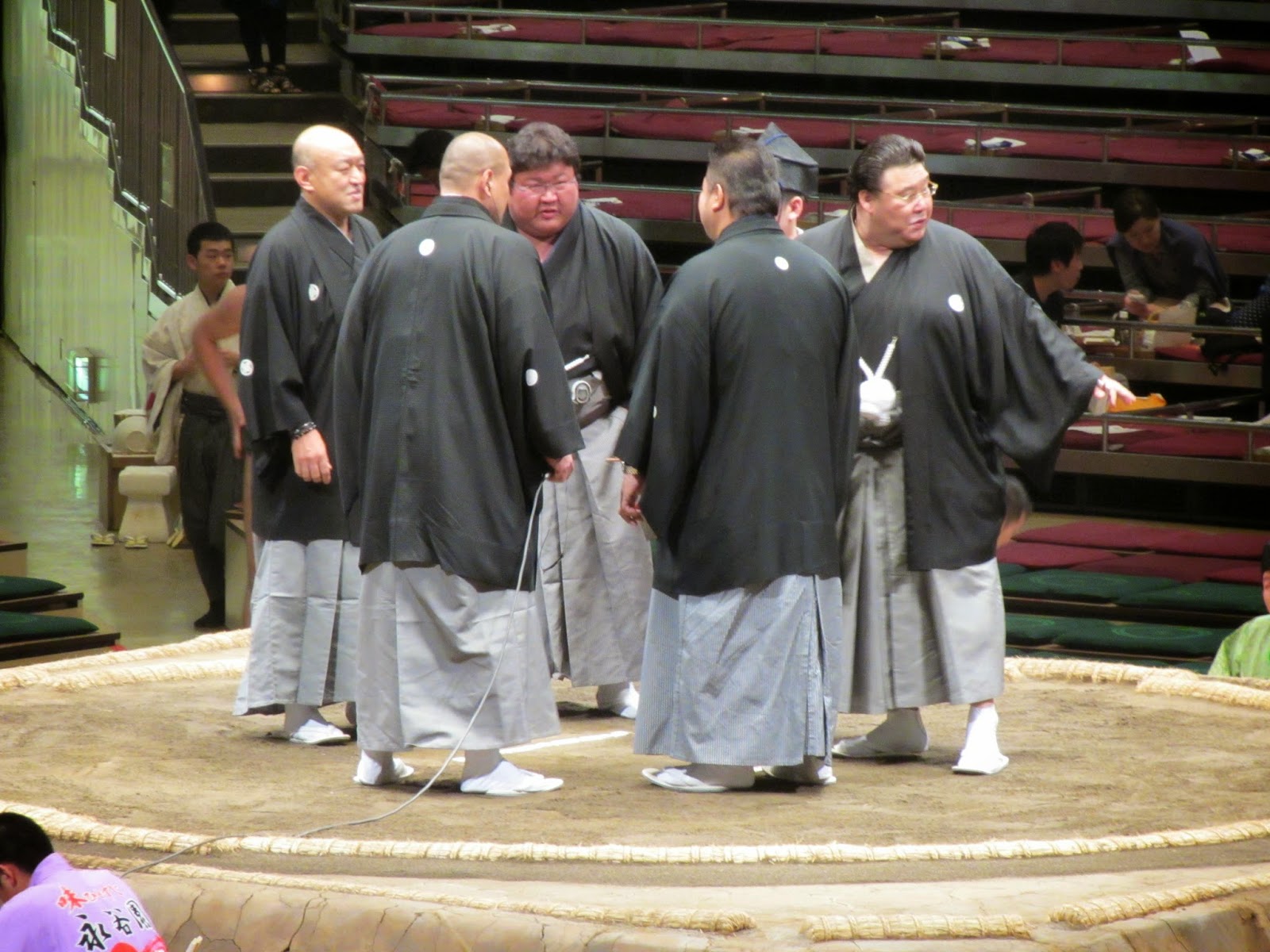 I saw big guys wrestle bigger guys and big guys wrestle little guys.  The matches were quick and it doesn't take long to get the point.  Only once did I see the judges gather in the middle to determine which wrestler won (i.e. since they both appeared to fall at the same time).

If you haven't been to a Grand Sumo tournament, the next one is July 13-27 in Nagoya.  It looks like there are 6 tournaments in a year... 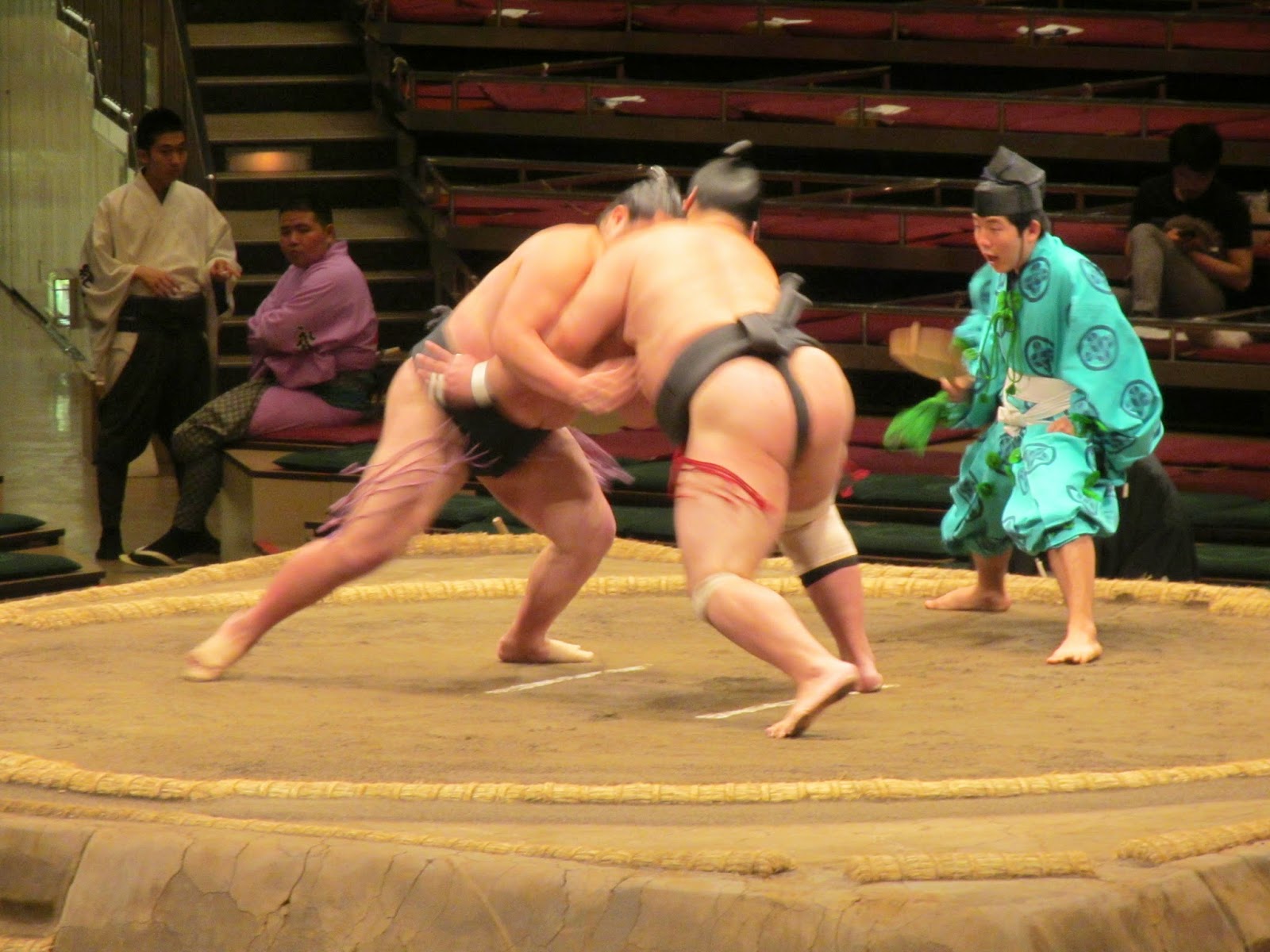 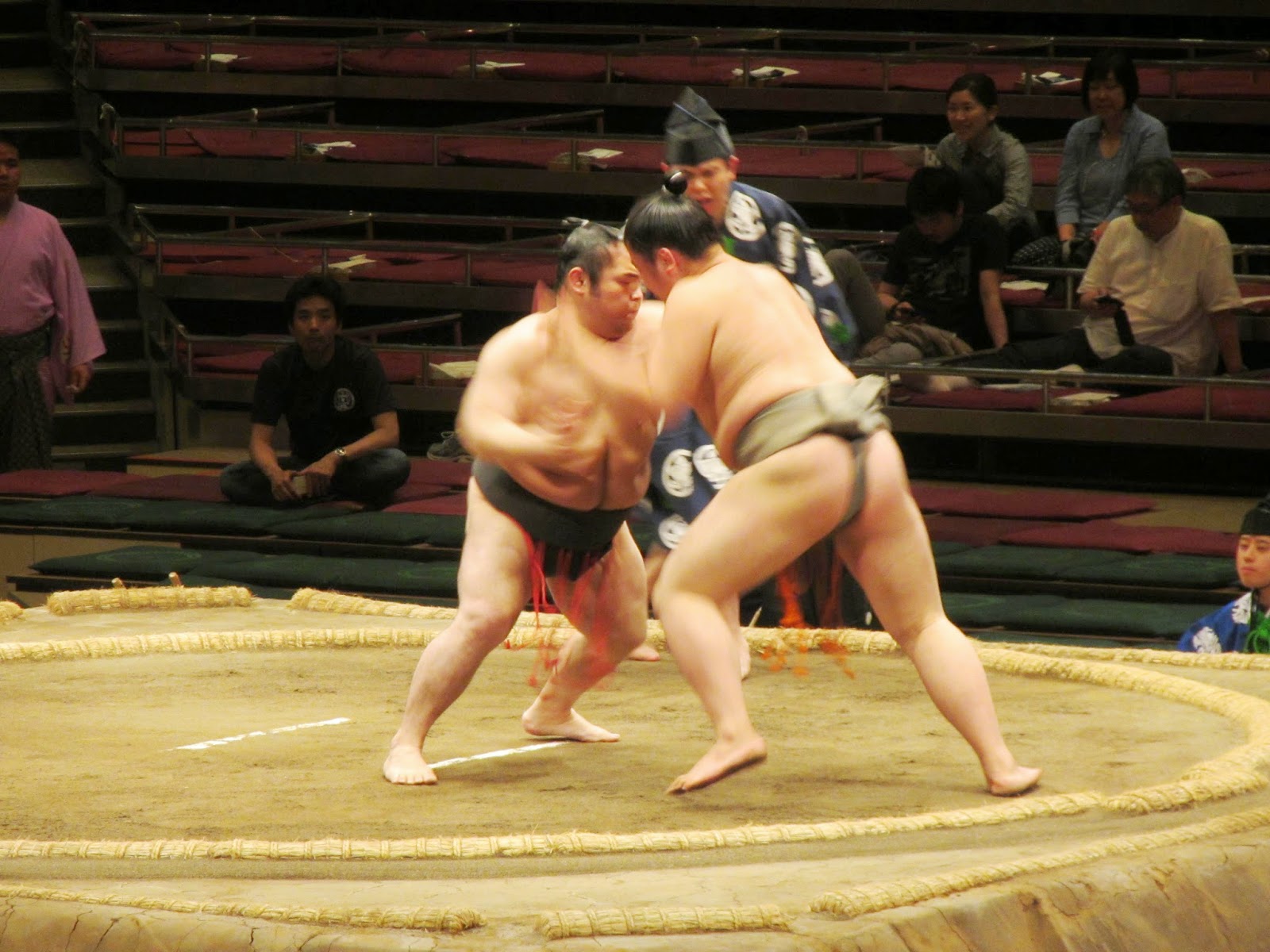 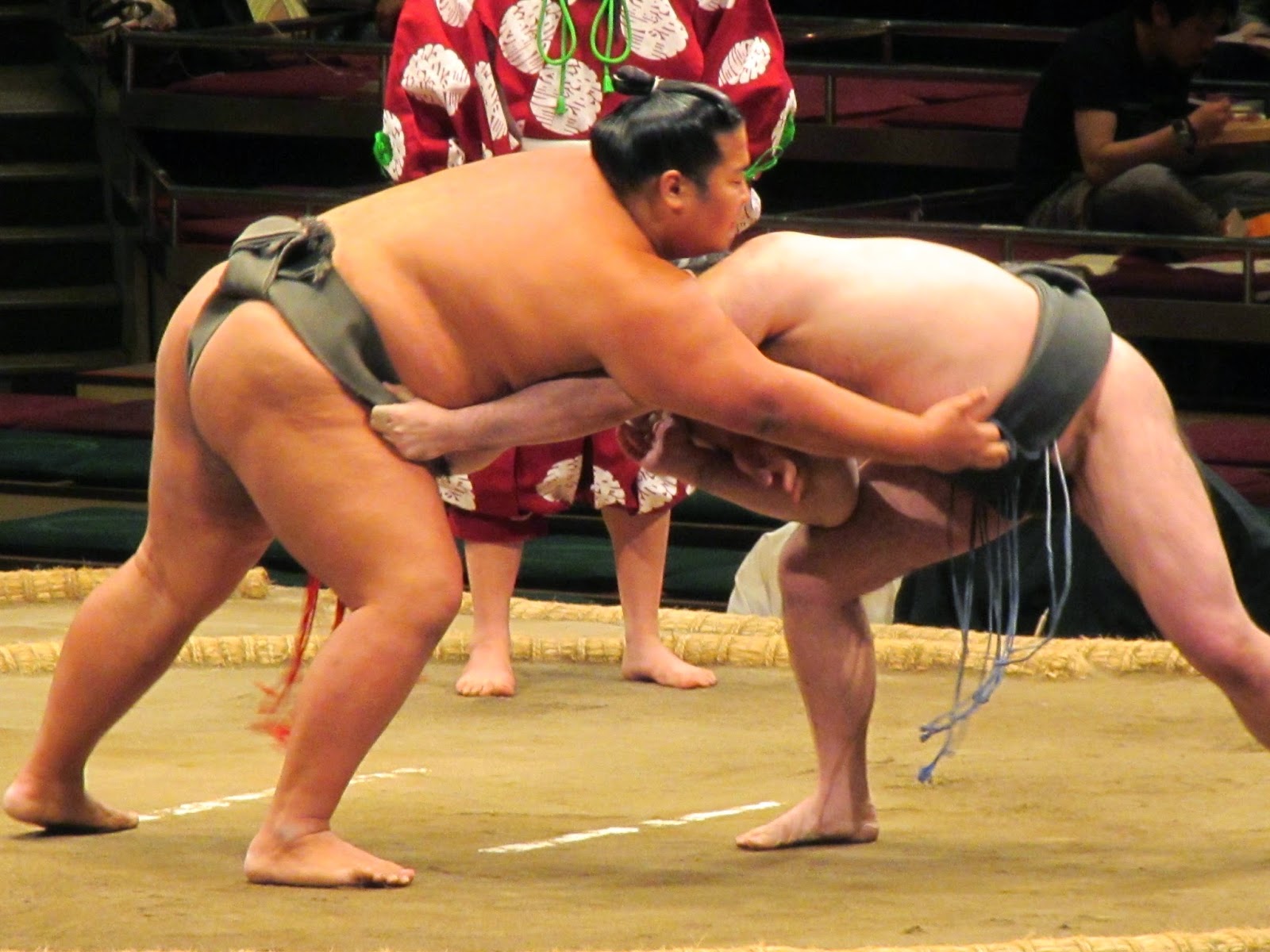 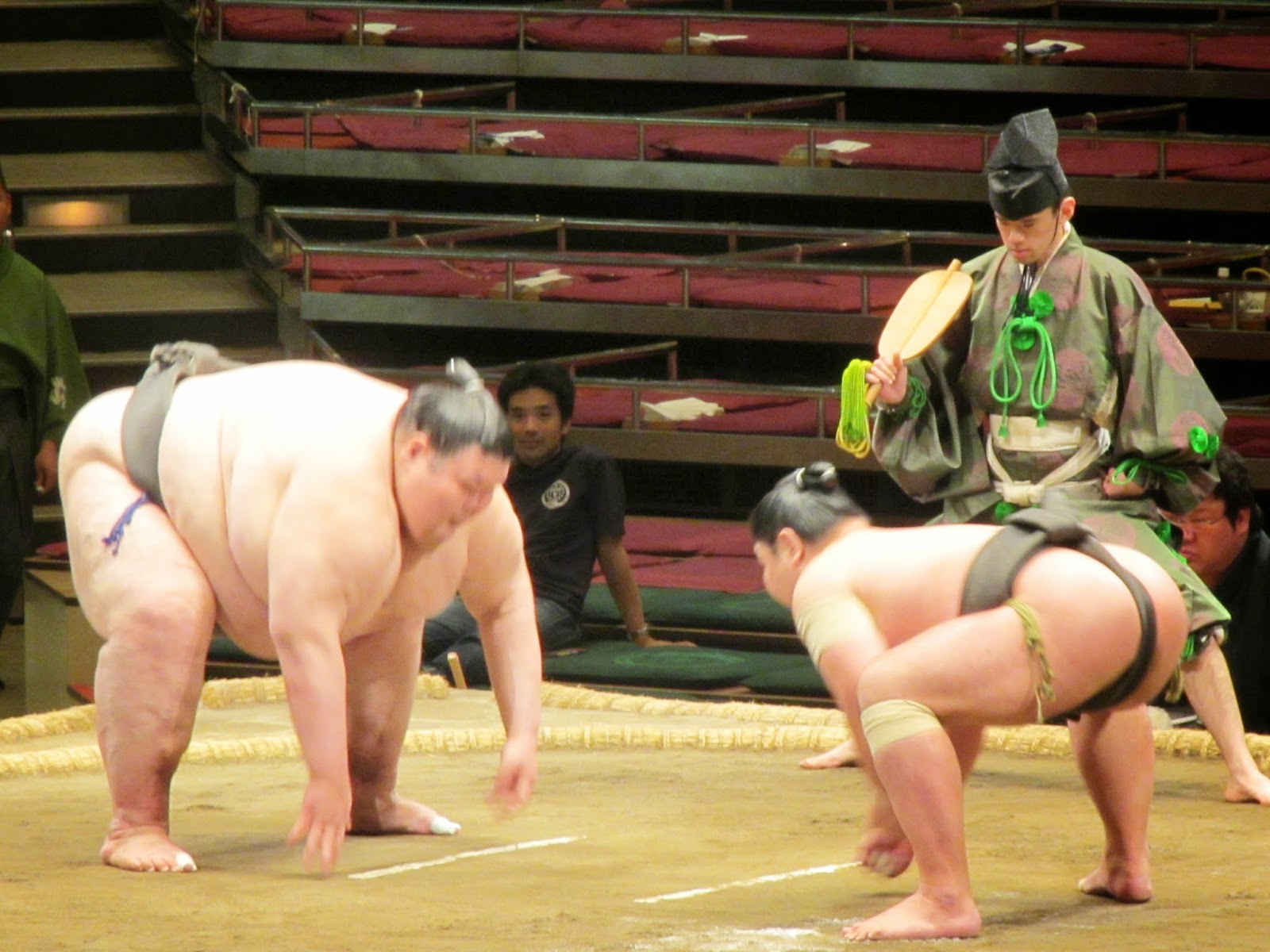 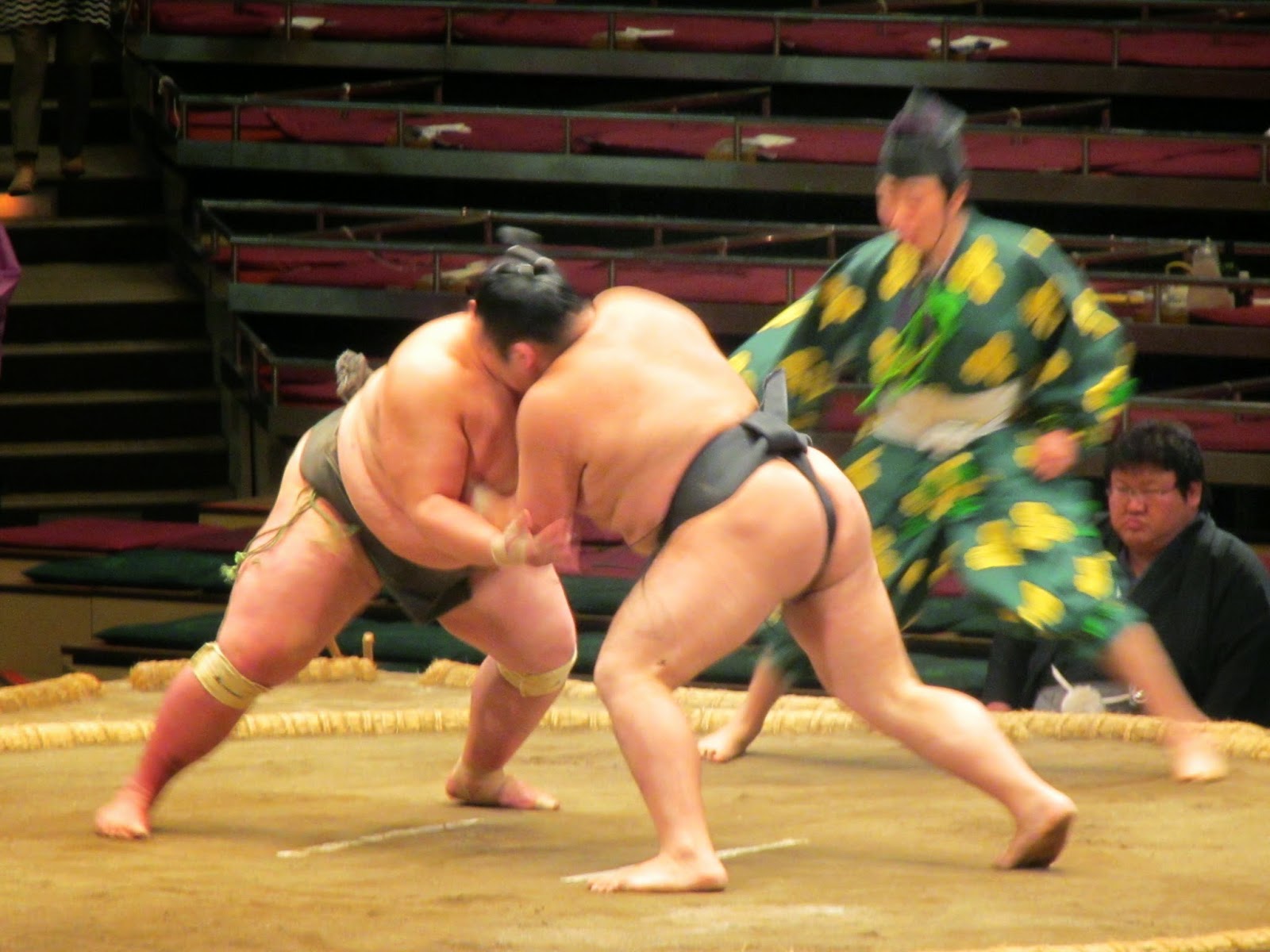 I didn't get to stay too long, which is a shame since the place started to fill up with people, but there's always a "next time"...
THE WIRK

My first trip to New Zealand ~ Sky City Casino, but no All Blacks 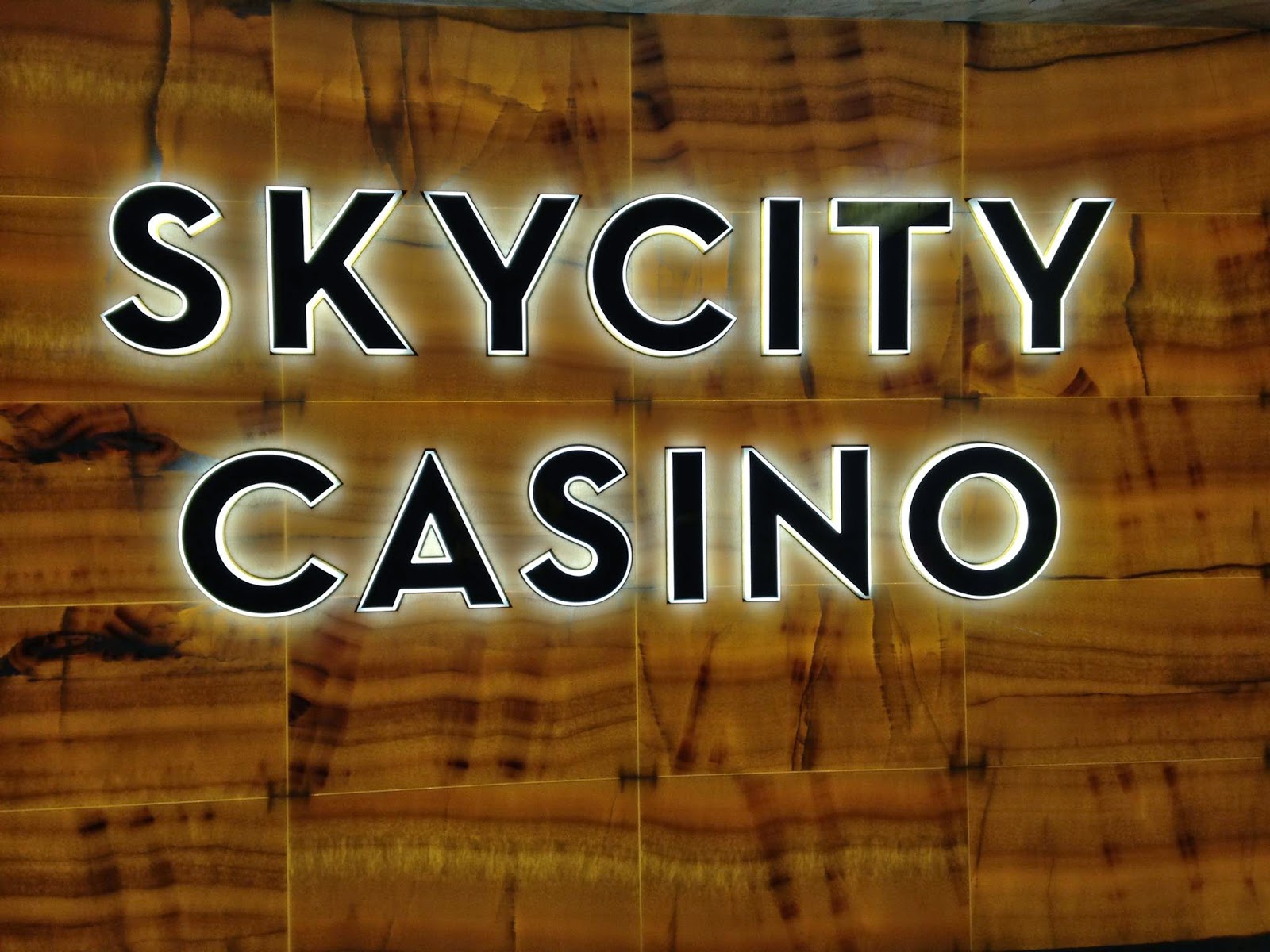 I took my first trip to New Zealand checked out the Skycity Casino in Auckland.  Skycity Casino is an older casino, and there are no craps tables there.  I saw roulette and baccarat tables.  The casino had a high-limit area upstairs.  If I remember correctly, the denominations were $50, $100, and maybe $200.  I remember thinking that the limits weren't that high, relative to other casinos I've seen.

I also recall interesting rules with regard to baccarat and betting pairs.  If you bet a pair, you need to bet for banker/player/tie.  I had not seen these rules before.  Regardless, my luck wasn't that good so could be another reason why I don't remember many details.  HA! 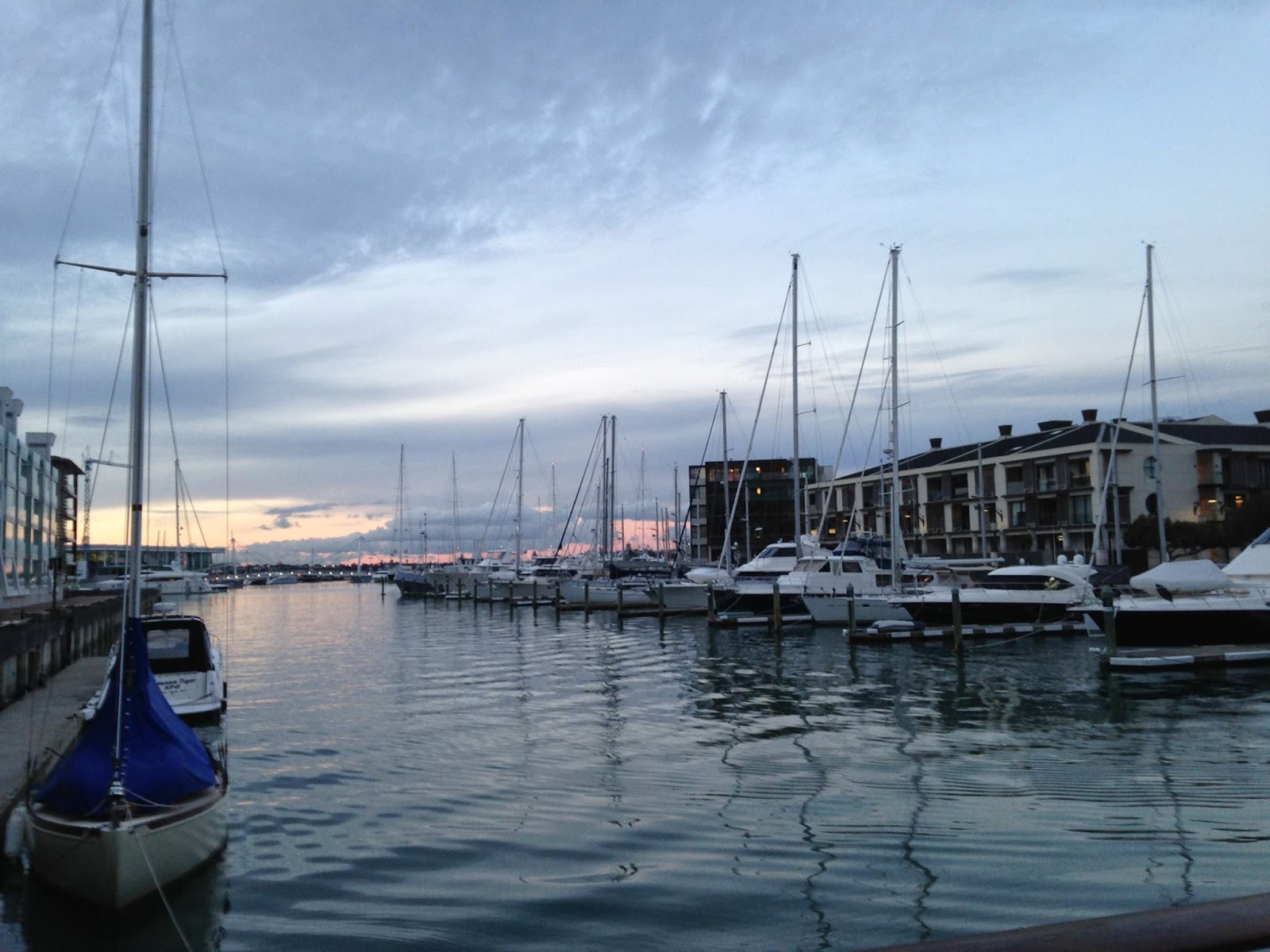 It was my first trip to New Zealand and I stayed near the Viaduct.  Hopefully next time I'll get to see the All Blacks play.  You know how I love sports!

I also had the chance to visit Wellington, but it was a short trip and I was in meetings while there.  I did notice "Middle of Middle Earth" sign on the Wellington Airport and some sort of creature (i.e. presumably from The Hobbit) "flying" in the terminal. 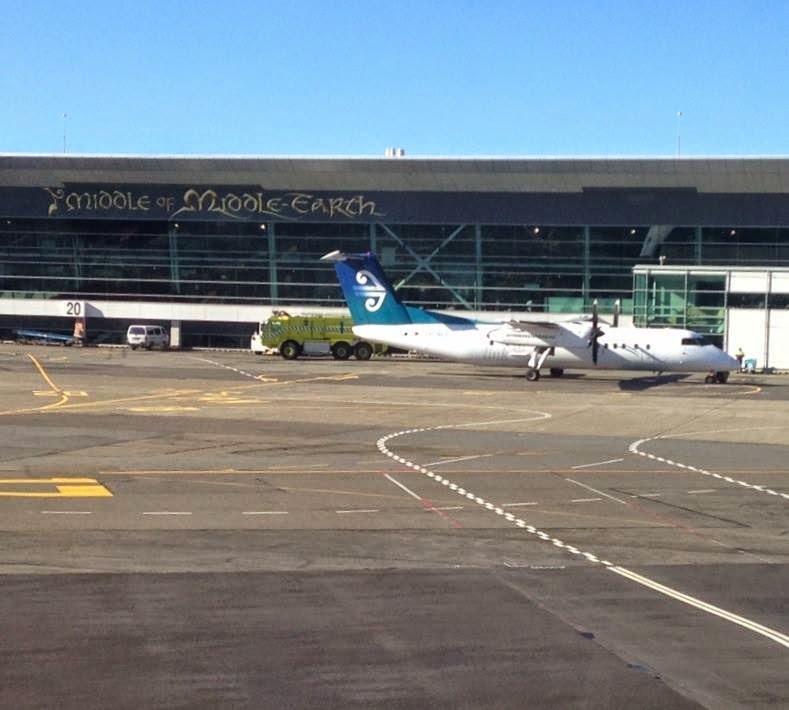 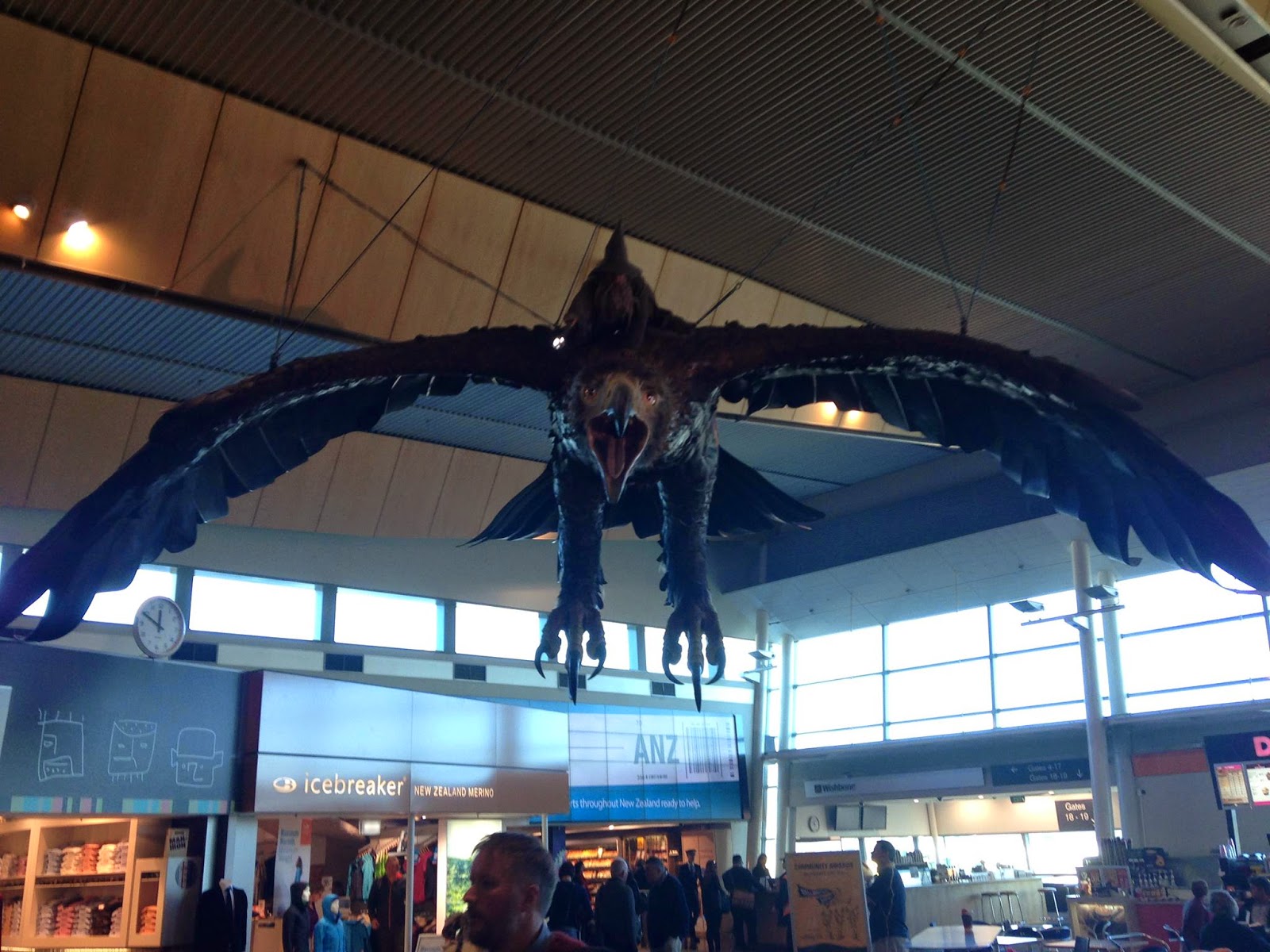 THE WIRK
Posted by THE WIRK at 9:05 AM No comments: 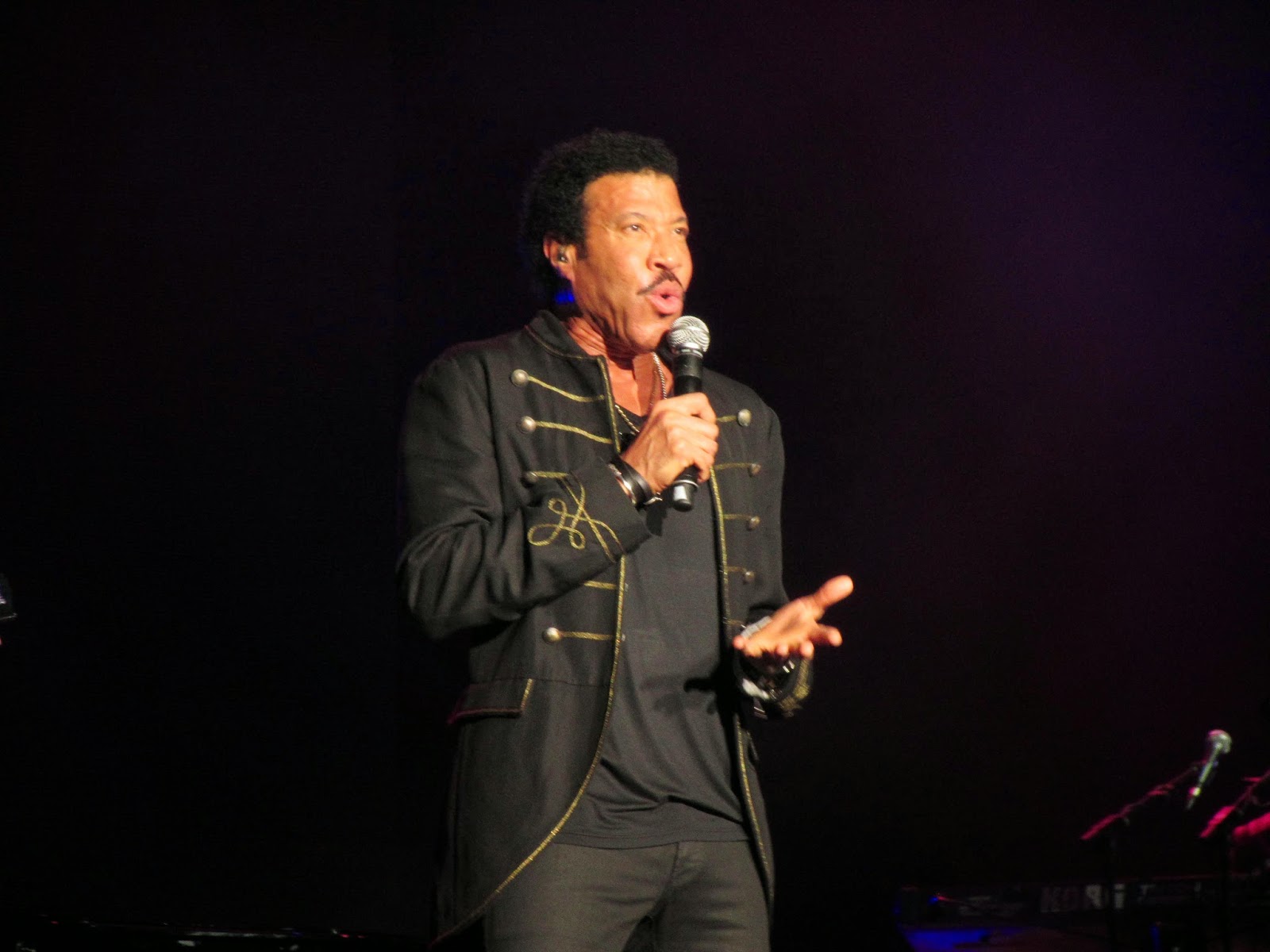 It's no secret that I'm a Lionel Richie fan, so imagine how THRILLED I was to learn that Lionel Richie was coming to Singapore!  Lionel Richie performed at the Singapore Indoor Stadium and sure enough I booked the tickets in the taxi, the minute I heard the announcement on the radio.

For the show my husband and I sat on the floor maybe 10 or so rows from the stage.  Before the show I tweeted Lionel Richie that I was excited for the concert and he actually tweeted me back!

Being the fan that I am, I lost my mind...  I was elated and even more excited that I ordered a "Penny Lover" pink baseball shirt for the show.


I've seen Lionel Richie perform many times and he has never disappointed.  This time around he sang, "We are the World".  If my memory serves me correctly, that was a unique experience.  I'm not a true funk fan and the Commodores were a bit too early for me, but I do appreciate that he still sings, "Oh No".  That song is truly one of my favorites. 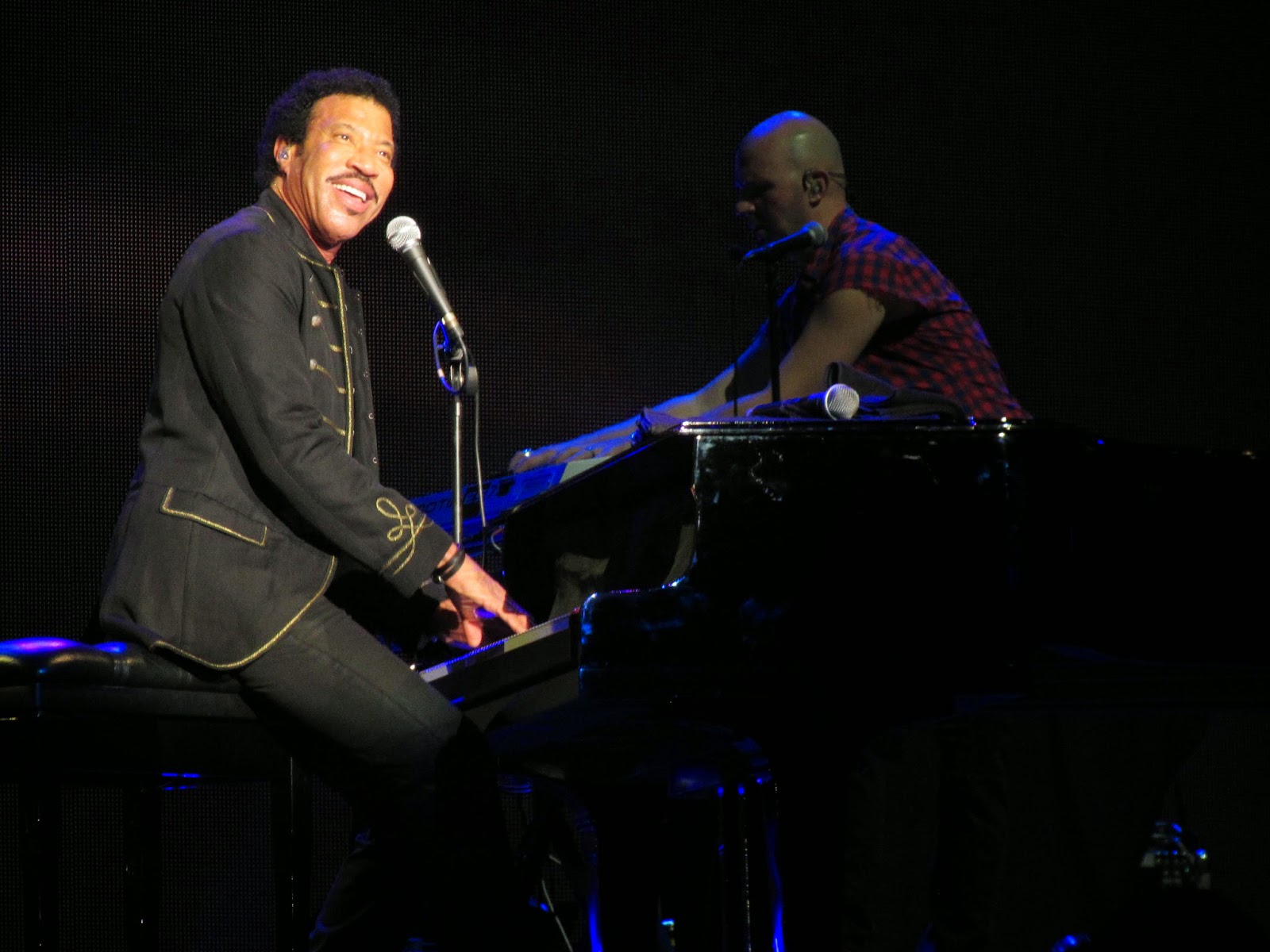 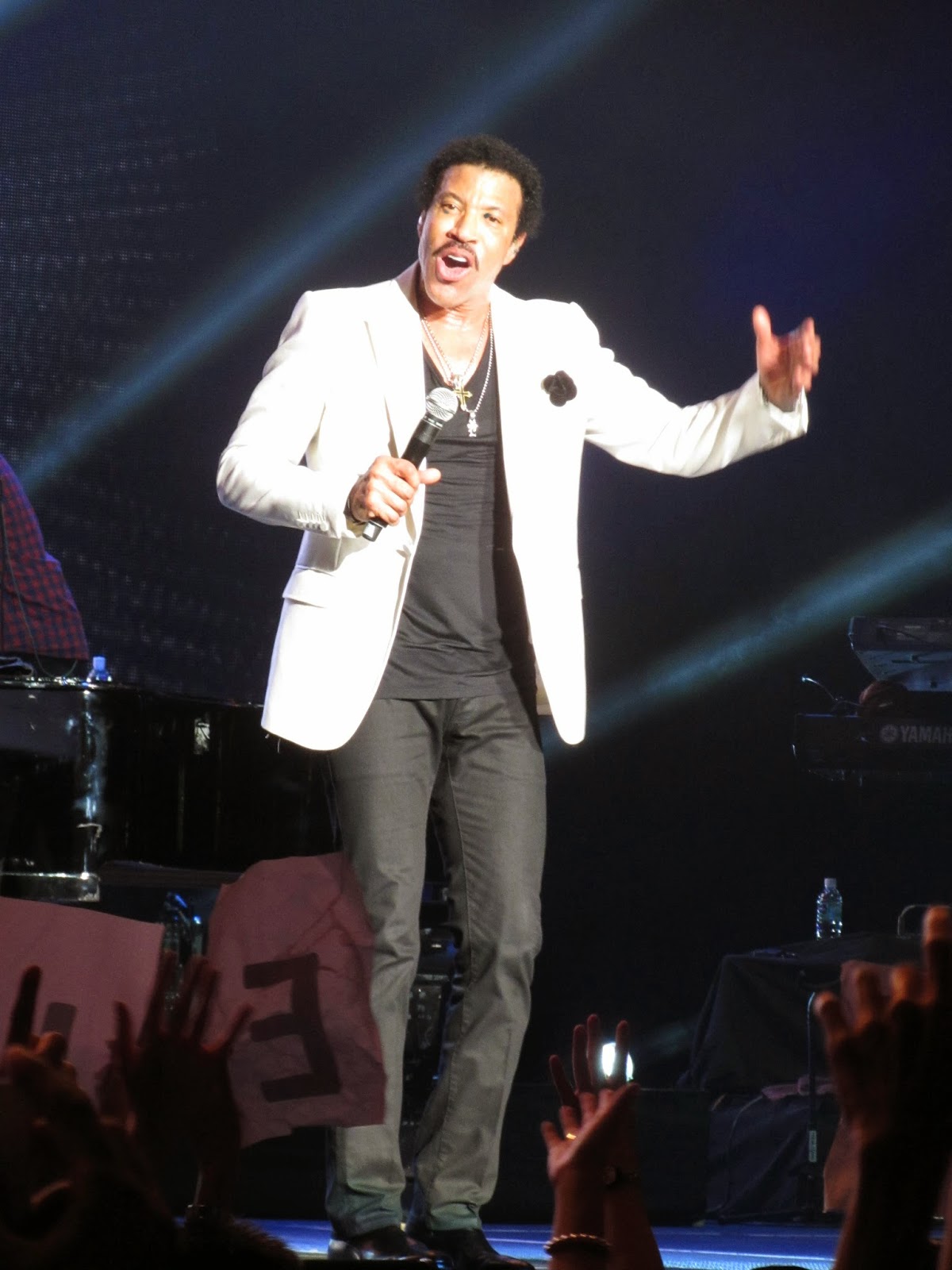 Thank you for coming to Singapore, Lionel.  You made my night!

Bruno Mars and his Moonshine Jungle Tour in Singapore 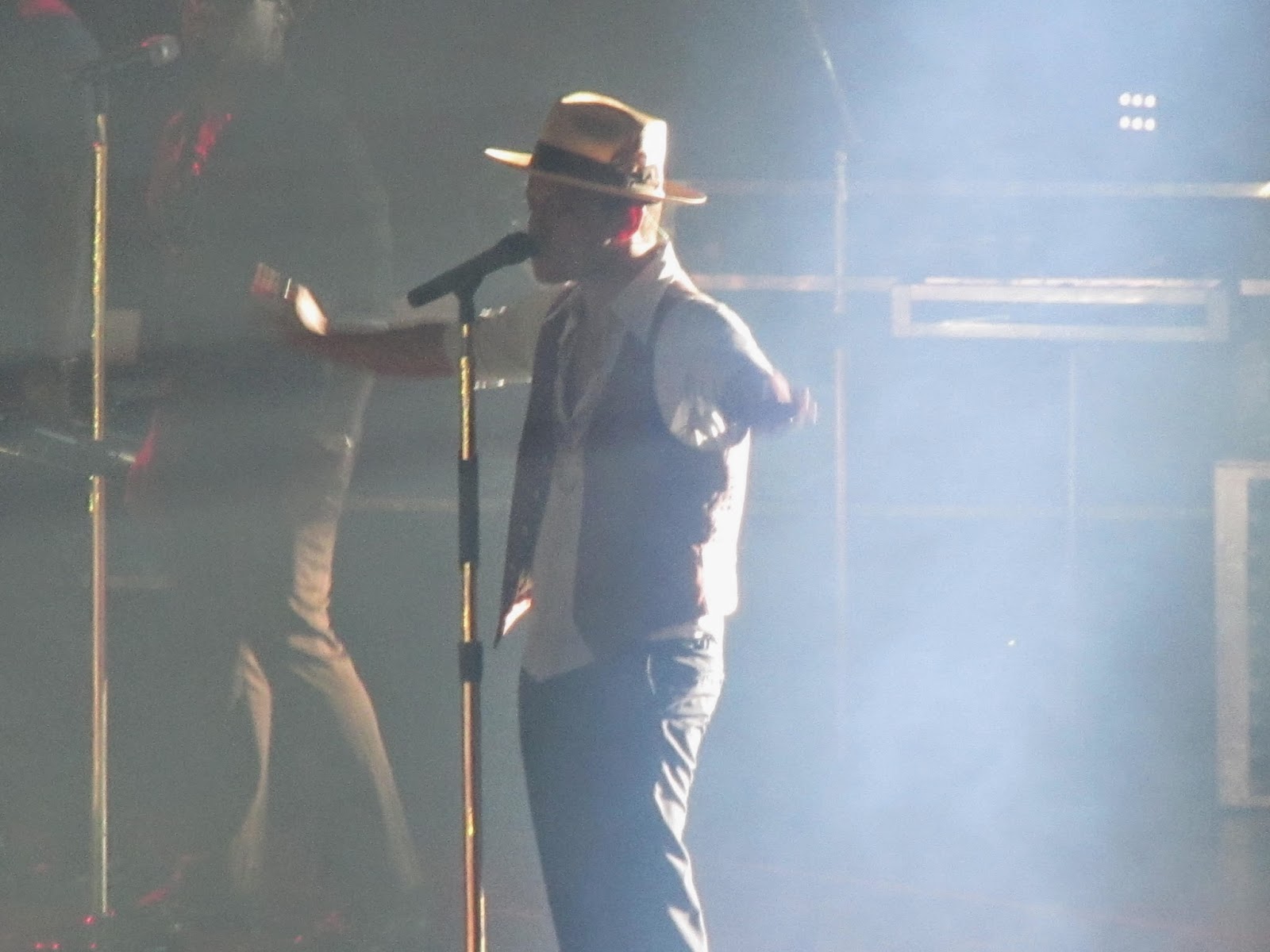 Bruno Mars...  I wasn't sure what to expect when my husband and I went to the Bruno Mars concert at the Singapore Indoor Stadium.  I'd had ample opportunities to see him in the US, but for some reason I wasn't compelled to buy a ticket --- which is strange, because I tend to buy tickets to just about everything.  At any rate, curiosity got the best of me and before you knew it, I had a pair of tickets to Bruno Mar's Moonshine Jungle Tour.

Let's see...  I'll admit right now that I'm trying to catch this blog up and am covering many topics so what do I remember about this show?  Here goes... 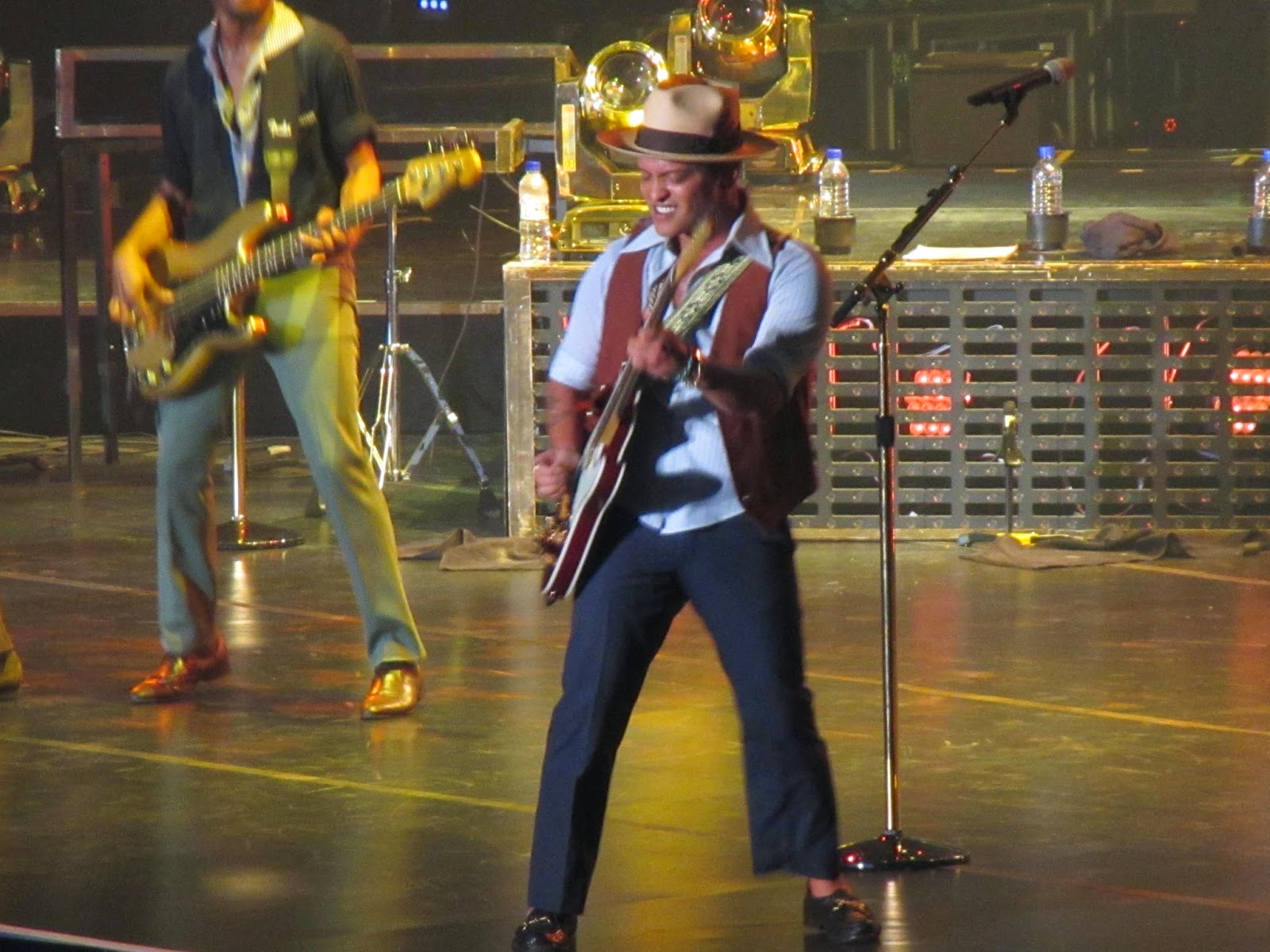 Bruno Mars was a bit of an old school trip.  He's not very flashy and it's more of an old school show as he channels Michael Jackson.  "Treasure" is my favorite song, and the "I think I Wanna Marry You" song is a close second.  I really dislike the "Grenade" song.

You can tell that he and his band have a fun time on stage and of course his fans had a great time.  I like his music and enjoyed the show, but I have to admit he's not a show I'd try to catch again --- but at least I can now make an informed decision.  Thank goodness, radio is free! 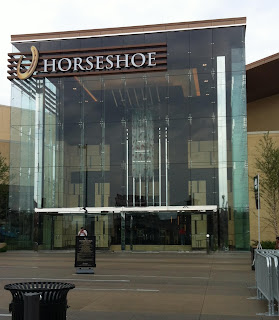 There's a Horseshoe Casino in Cincinnati now and it's within walking distance to Great American Ballpark.  Finally, I was able to go to the ballpark and also check out the casino in Cincinnati.  Hopefully this means no more road trips to Indiana for my family...

So the Horsehoe...  Here are my take aways:


If you're into casinos and eating well, make a quick trip out the Horseshoe in Cincinnati.  It's a great place to stop after a Cincinnati Reds and/or a Cincinnati Bengals game!

I didn't get a chance to check out the blackjack tables so obviously this post is incomplete.  I'll just have to take a look at it "next time".

Great American Ballpark with my dad for Father's Day 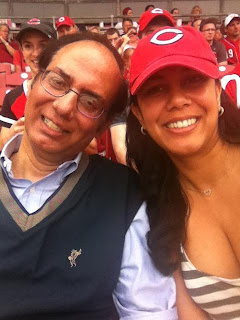 Cross another MLB ballpark off the list.  Over Father's Day weekend, I made a deal with my dad.  I'd go with him to the "new" Horseshoe Casino in Cincinnati, OH if he promised to go with me to Great American Ballpark to watch the Milwaukee Brewers play the Cincinnati Reds.  He agreed and immediately I went to StubHub to seek out a pair of tickets. 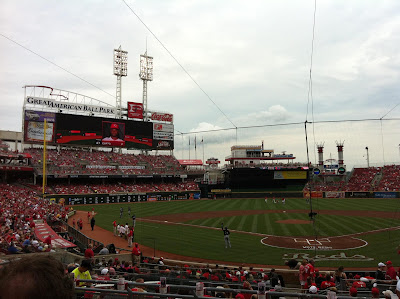 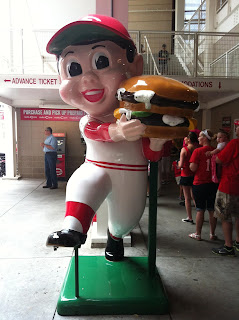 I settled on Scout seats.  If you've never sat in Scout seats before, I highly recommend them.  They're behind home plate, but higher up than the section right behind home plate.  The seats are cushioned and you have access to Scouts' Alley (i.e. a private concession area -- where you pay -- but you don't have to wait in lines behind people in "regular" seats).  I didn't actually go and check out Scouts' Alley because the lines weren't too bad at all at Frisch's Big Boy.  My dad had a burger and I had the chicken fingers.  I ordered a souvenir drink and it came with a coupon for a free refill.  Seriously?  When have you ever seen free refills at a ballpark?  What a good value!

We settled into our seats and I started to look around the park.  To be honest, I didn't see anything special.  It'd been AGES since I'd seen the Reds play at home.  The last time I'd been to a Reds' game they were playing at Riverfront Coliseum.

Gone is the old circular structure and a park that resembles the Twins/Orioles/Indians/etc. stands.

I'm so happy I finally checked off another venue, and even happier that I got to go to the game with my dad.  For someone like him that complains that he doesn't watch any baseball, he sure did know a lot about Joey Votto and Johnny Cueto!

The rain started to come down a bit and it was refreshing, since it was so hot and muggy.  When the drops got bigger and fell down faster, we walked back to the casino (i.e. where we parked) and decided to start gambling.

The Reds won, and we won.