If you're not following your favorite athletes on Twitter, you're a fool.

In this day and age, celebrities and athletes use Twitter to connect with their fans.  As opposed to having thousands of "friends" in their business, it's easier for them to put out their own messages in tweets.  Everything from ticket give-aways, autographed pictures, jerseys, etc. is up for grabs for the lucky trivia winners or quick responders.

Larry Fitzgerald has contests for his fans to win autographed items.  Chad Ochocinco will tell you when and where he's having lunch.  Serena Williams has tweeted that it may not have been the smartest move on her part to go through an airport carrying a tennis racquet, if she wanted to go unnoticed.

Earlier today (i.e. and 25 minutes ago) I saw the following tweet from THE_REAL_SHAQ, "send me links 2 ur fav dance videos n I will give @celtics home opener tix & jersey to my fav 1. must include #shaqvs". 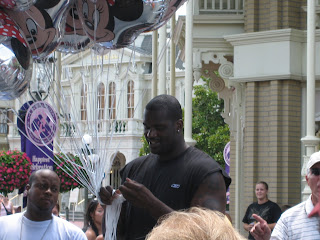 I've seen Shaq at Disney World before and he is just one of the many fun-loving and humorous people (i.e. athletes, entertainers, writers, friends) who I follow.  His tweets make me laugh.  Get in on the action, create your own network, and tweet people.  What are you waiting for?!?!

To get you started, here's a URL for a site that provides a directory of Twitter users:  http://twitter-athletes.com/index.cfm.  From what I can tell they verify the accounts, but of course use your common sense. 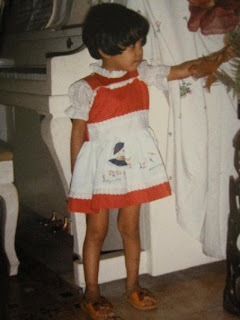 As a bonus (i.e. since Justin Bieber is on Shaq Vs tonight, here's a picture for you of LIL WIRK, when she was a wee-little girl.  Notice the "Bieber" haircut, before the Bieber fever even existed!

Yes, indeed, a woman ahead of her time :-P