Brett Favre and the "This is it" Text Message 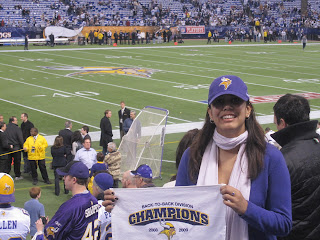 All anyone can talk about today is Brett Favre and his "This is it" text.  BFD.
According to an ESPN article, Favre has sent text messages to teammates saying, "This is it," league sources told ESPN NFL Insider Adam Schefter.
So what? He didn't text "I'm retiring." Maybe he meant, "This is it (i.e. the last year)."  Maybe he was recommending the Michael Jackson movie to his teammates.  Who knows.  Why are people are so jumpy?!?!  Until the man says he's retiring and actually misses a game, who cares?
Incidentally, I'm currently in Minneapolis and people are awfully quiet around here.  I did notice that Macy's moved the Favre Minnesota Vikings jersey's closer to the front of its fan memorabilia section (i.e. to the point where it looks strange, surrounded by the Twins gear). 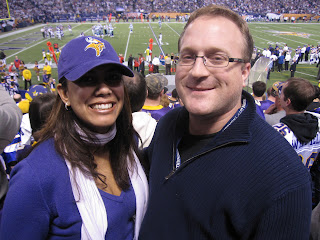 With The Rick in Minneapolis
Regardless, I got a call from my friend, The Rick, today who said we may have witnessed Favre's last victory in the NFL.  Oh well.  Guess we'll find out for sure...  Eventually. 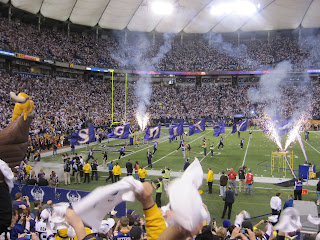 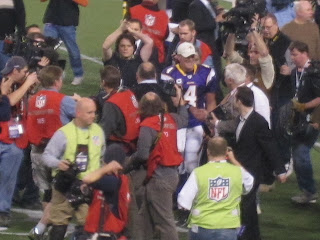 Favre walks off the field, Vikings won!
Get your jersey while you can.