After Santigold, it was Jill Scott's turn.  I'll admit right now that there is only one song by Jill Scott that I "know" (i.e. the song where she wants to go on a long walk).  Regardless my favorite part of Jill Scott's set was when Eve (i.e. E-V-E) came out and they performed one of Eve's songs on stage. 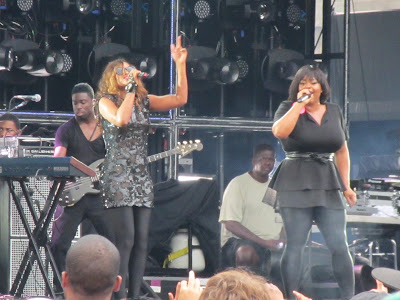 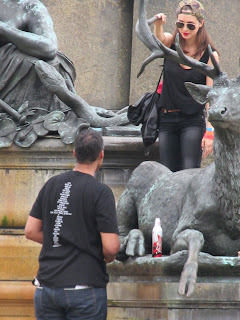 After Eve and Jill Scott left the stage, I noticed Eliza Dushku and Rick Fox checking out the show from one of the monuments. 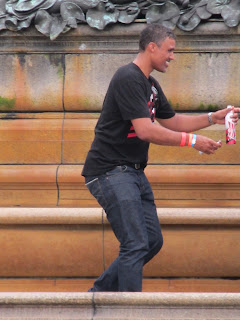 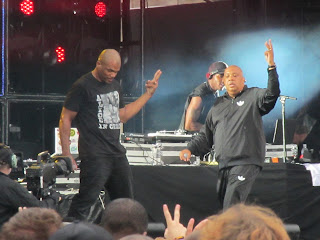 Run DMC was out next and they were phenomenal!  I flashed back to my younger days and jammed with them to "It's Tricky".  It was great and the crowd was excited.  Just when you thought the crowd couldn't get any more excited, I spotted Jay-Z and Beyonce coming over with Ron Howard and the camera crews.  For those of you that didn't know, the Made in America Festival was being taped and there will be some sort of footage/movie/documentary produced (i.e. at least that's my understanding). 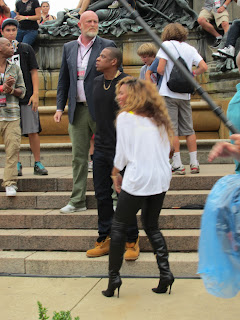 As soon as I saw Jay-Z, I moved over to take some more pics, and EVERYONE seemed to follow.  At any rate, it was wild to see him and Beyonce get down to Run DMC's performance.  Jaden Smith (i.e. Will Smith's son) was there too.  When someone in the crowd, yelled "Karate Kid", Jay-Z literally laughed out loud.

After Drake, it was time for the main event: Pearl Jam.  I'd never seen Eddie Vedder and Pearl Jam when I was in college, and I hadn't listened to them in years.  I was amazed at how many of the songs I remembered the words to and how many of their hits they performed.  They were on the stage for two hours and performed through the rain.  I'm THRILLED that I finally saw Pearl Jam perform live and that they were AMAZING on stage. 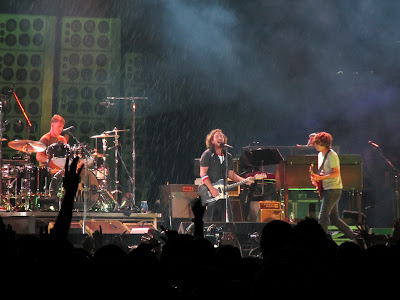 As an extra treat, Jay-Z came out on stage and performed with Pearl Jam, when he sang "99 Problems". 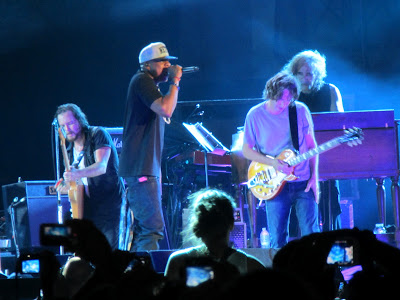 Day 2 was the perfect finale to a fantastic festival!  I really hope that Jay-Z, his sponsors, and the city of Philadelphia make the Made in America Festival an annual Labor Day event.