Yankees rout the Orioles, 13-3, since there is no MLB mercy rule 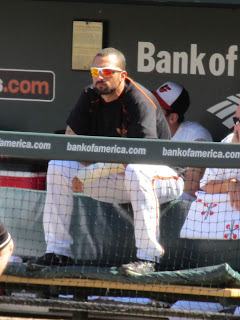 The Orioles could've used as much offense as they could get, but Nick Markakis could only sit and watch. He didn't play, since he had been injured after CC Sabathia's pitch the previous day. He sat in the dugout as his team got routed, and I could see that his wrist was wrapped.

I sat 5 rows from the New York Yankees dugout and watched the Yankees take on the Orioles and take the lead in the AL East.  I'm not going to go into the play by play, but let's just say that it always seemed as though the Orioles pitchers were loading the bases and/or the Yankees were scoring.

The Orioles started to rally in the 4th, but they could never score more than 3 runs. 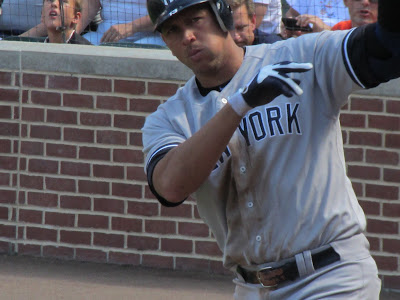 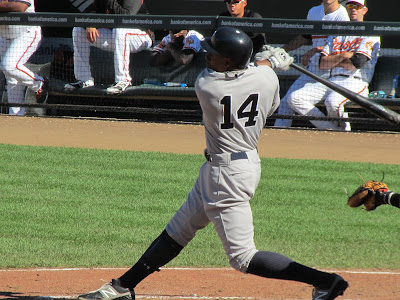 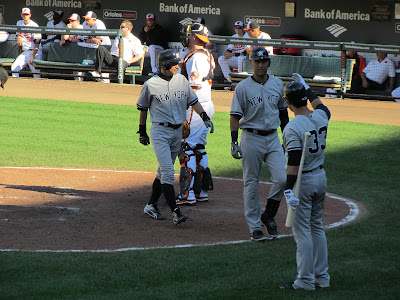 You want to know who scored?  Everyone scored.  Ok, not everyone scored, but it sure as hell felt as though, every time you looked there was a Yankee crossing home plate. 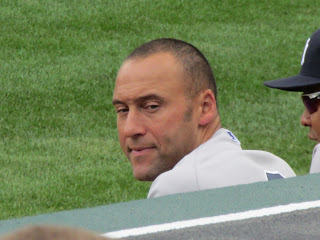 Another fun moment in the game was when someone started yelling, "overrated" when Derek Jeter was at bat.  Yeah.  If you are an Orioles fan, you should probably tell that guy to be quiet, since Jeter ended up hitting a homerun.
If you're a Yankees fan, today was a BEAUTIFUL day.  If you're an Orioles fan, at least today's game is over and only counts as one loss. 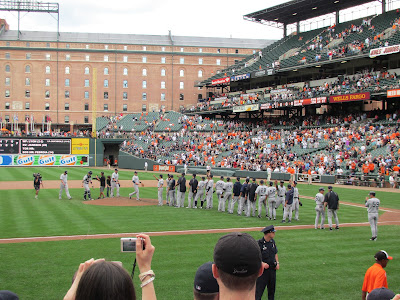 Maybe MLB needs a mercy rule...  I know the Atlanta Braves came back from a 0-9 deficit against the Washington Nationals, but...

After crushing the Orioles today, the Yankees are back on top of the AL East.