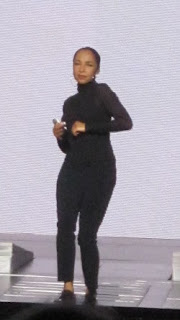 Whoever said that you have to dance half-naked on a stage and master tricky choreography in order to hold the attention of an audience was LYING.  Sade proved that last night.  I'm not discounting the talent behind other performers that I enjoy watching in concert, but Sade's performance was a unique, quiet storm that made you take notice of her for all the right reasons.  In a time where people are on game shows and handed out awards for having "talent", Sade proves that true talent is still appreciated by a more discerning audience.

I'll admit right now, that I'm not the biggest Sade fan.  I like her music.  I'm a huge fan of her Lovers Rock cd.  ****  Notice I wrote "cd" and not "album".  When she came out with Sweetest Taboo, I remember my dad liking the song.  I thought it was boring many years ago, but I found myself singing along last night. 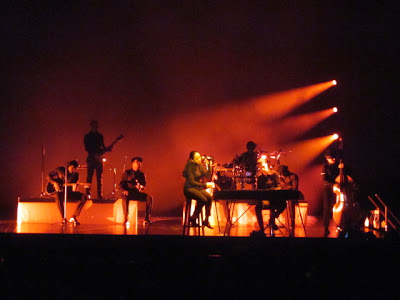 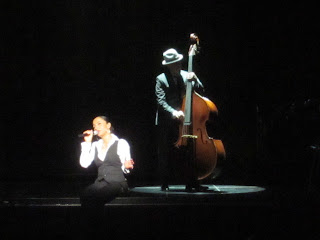 The visuals of her stage set up were subtle yet striking and yet there were times when the nature backdrops were so serene that you felt as if you were in a spa just relaxing.  There's no question that the woman can sing.  There was no doubt that she has been missed by her audience.  Towards the end of her show, she alluded to this by saying that she wasn't sure when she'd see everyone again (i.e. alluding to no current plans to come out and tour again).  People only showed their love more as a way to persuade her to reconsider. 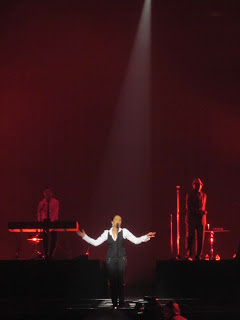 As I was debating yesterday on whether to go to the show (i.e. at the Verizon Center in Washington DC), I was chuckling to myself that seeing Sade perform is similar to seeing Halley's comet.  You don't have many chances to see it/her so when given the opportunity you MUST.

John Legend opened up for her and ended with Green Light.  The crowd at that point was definitely "Ready to go..."

Sade sang for about 2 hours.  I wasn't keeping time officially, but I looked at my watch periodically to "time check" her.  She performed the hits I liked, "Smooth Operator", "All About Our Love", "By Your Side", etc.  She didn't perform "Slave Song", which was slightly disappointing since that song gives me chills and I would've loved to have seen her perform it live. 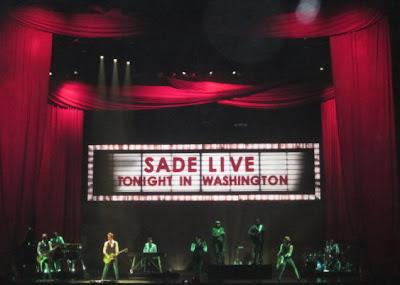 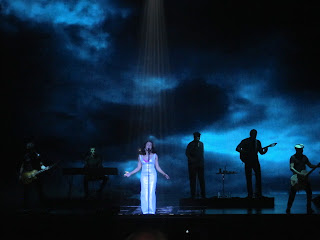 During the show, I couldn't help but notice that Sade resembles Gloria Estefan.  I can't be alone in seeing the similarity, can I?

Enough about the show.  Go and see her for yourself.  As I mentioned, who knows when you'll have this opportunity again? 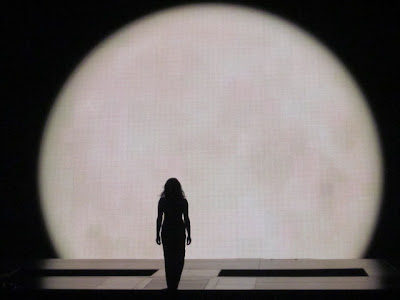 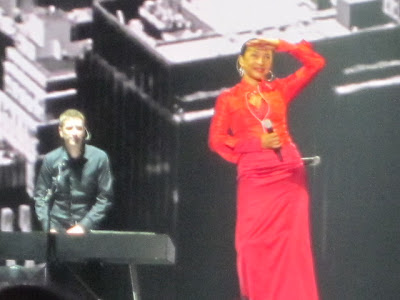 As usual, I took the pictures that I'm using in this post.  Enjoy!