Thoughts on LeBron and The Decision 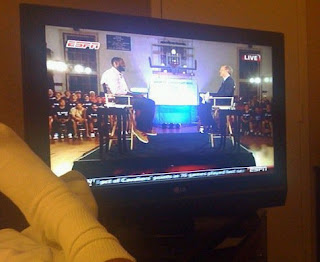 I'm watcing The Decision while logged into my Facebook and Twitter accounts....  Here are my thoughts.  I'll update them as I go ~ so this post is a "Wirk" in process...  Some are bullets and some are tweets.  The hashtags will help you figure out what's what. 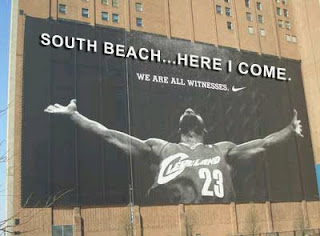 It's 10:30 PM, and the Cavs just released a statement.  There's no mention of LeBron.  I got the urge to check their website.  99% of the  Lebron pics are gone.
I was in Miami for Game 5 when the Miami Heat defeated the Dallas Mavericks during the NBA Finals. 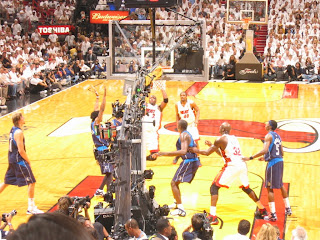 Don't kid yourself, LeBron.  The opening chalk routine.  The Lebron-centric pre-game.  I'm guessing all the shenanigans will be gone.  Heaven help me if there's a new handshake.  I like Dwyane Wade's style.  I don't know him at all.  To quote the Pussycat Dolls, "Be careful what you wish for, 'cause you just might get it." 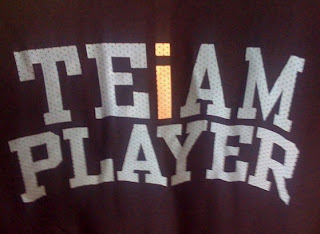 There's definitely not 3 "I's" in TEAM
It's 11PM and the Cleveland police have used their cars to keep people away from the large LeBron Nike Witness banner.