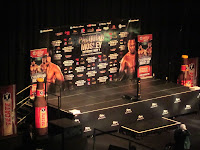 Make no mistake.  You want me as your friend, but you're even luckier if you have me as your relative.  I look out for my people, but I do just about anything for family (i.e. and free dental for the rest of my life).  My cousin's son, Mark, graduated from the University of Florida this year and has been accepted into dental school at Columbia University.  Mark grew up boxing and when I got tickets to the Shane Mosley v Manny Pacquiao fight, I knew that if he could make it that I'd take him with me.  Sure enough.  It all worked out.
I met Mark and his friend in Las Vegas and we went to the weigh-in on Friday at the MGM Grand Garden Arena.  It was a free event, but you had to get there early to have a good seat.  James Brown hosted the event and Bob Arum also said a few words.
Here are the photos.  If you don't know anything about boxing, you might have thought Mosley had a chance based on the photos. 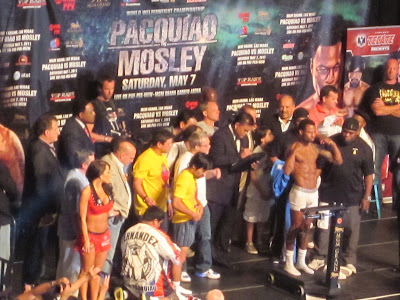 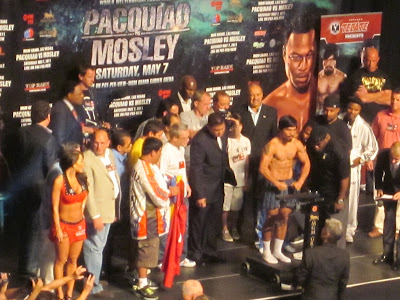 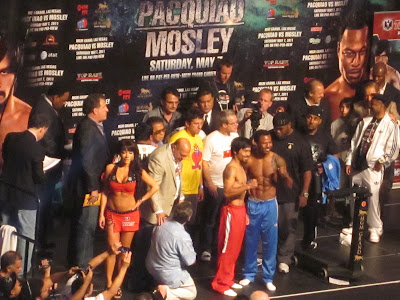