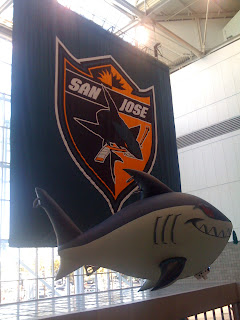 I'm  not about to officially add hockey to my list of sports for which I want to hit all the venues, but Friday night I ventured over to the HP Pavilion for the 1st game of the 2nd round Detroit Red Wings v San Jose Sharks NHL playoff series.  I knew going into the game that I was only going to be able to see 2 out of 3 periods because of my flight time, but I had no idea that the game would need overtime! 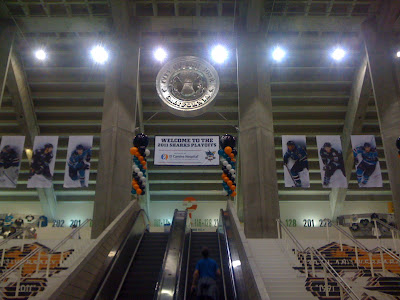 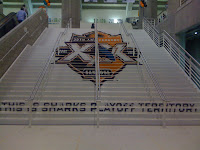 HP Pavilion seats 17K people, and my seat was located 2 rows behind the Detroit Red Wings' bench towards center ice.  Within the first few opening minutes, as I was eating my Dippin' Dots there was a fight towards center ice near the Sharks' bench.  I also saw Nicklas Lidstrom scored the first goal of the game for the Red Wings.  It must have been his birthday present to himself, since his actual birthday was the day before. 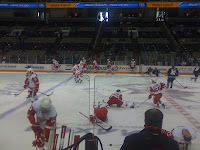 The final score of the game was 2-1, and the Sharks won.  I had to run to the airport, so I missed the goals scored by Joe Pavelski and Benn Ferriero.
I managed to take some great pictures from my seat, behind the bench at the Shark Tank.   Good times! 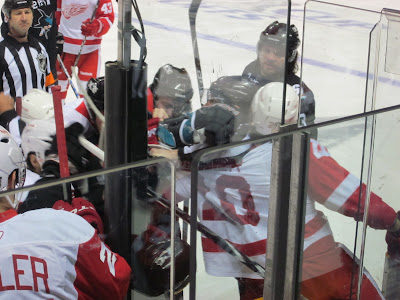 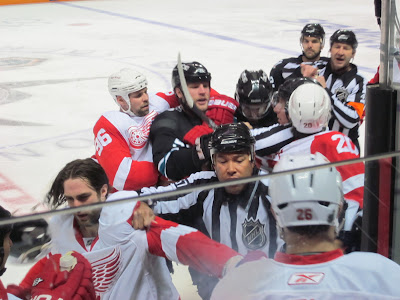 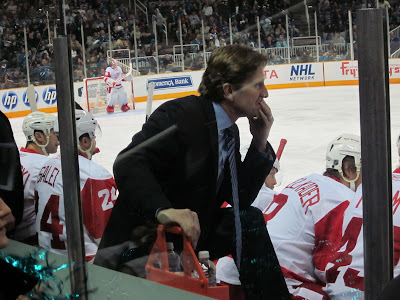