Pacquiao defeated Mosley in an underwhelming fight, but Mark and I were there 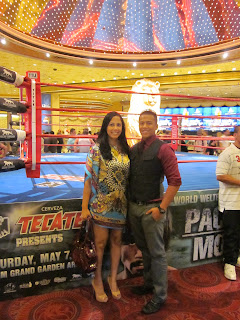 Ok, so let's talk about the Shane Mosley v Manny Pacquiao WBC Welterweight bout on Saturday night...
As I mentioned in a previous post, I took my cousin's son, Mark, with me to the fight.  ****  Mark you still owe me the pictures, so please send me them when you get a chance. 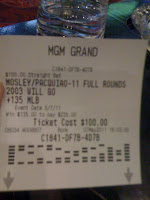 I was at the Margarito v Pacquiao fight in Dallas, and I felt that Manny could've easily knocked out Antonio Margarito ~ but he didn't.  Based on that previous fight, I felt that Pacquiao (i.e. who seemed to be friends with Mosley) would "let" the fight go the distance.  Needless to say, I was right.
By the time Mark and I arrived at the MGM Grand and went to the sportsbook, the Lopez v Pavlik fight was off the board.  This was too bad, because I wanted to parlay my "Will go" with a Pavlik victory to increase my payout.  C'est la vie. 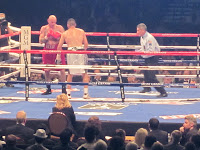 I like Pavlik (i.e. who's from Youngstown, OH) and he won easily.  I was excited to see him fight "live" since he didn't end up boxing at the last fight in Dallas.
Arce won the next fight.
Finally it was time for the main event and a mini-concert.  Uber-talented Charice (i.e. I know her from watching Oprah) sang a perfect Philippine national anthem. Tyrese sang the US national anthem and Jamie Foxx sang "America the Beautiful".  LL Cool J sang "Mama Said Knock You Out" for Shane Mosley.  ****  This is the 2nd or 3rd time I've seen and heard LL Cool J perform this song live, but for obvious reasons this time it was even more hyped.  Manny Pacquiao came out towards the ring to "Eye of the Tiger" by Survivor. 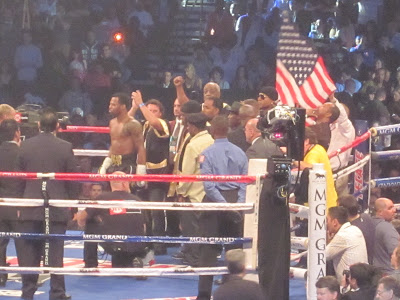 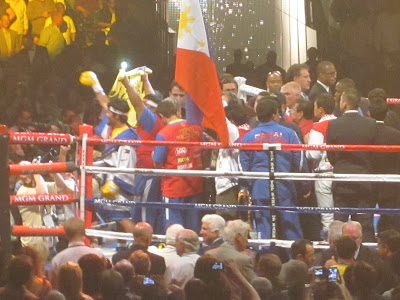 Highlights of the match:
1) When Pacquiao knocked down Mosley in the 3rd round.
2) When Bayless incorrectly ruled that Pacquiao was knocked down in the 10th.  ****  If you ask me, it wasn't a knockdown.  As a result of the bad call, Pacquiao came out with more fire.
In my opinion, the fight was underwhelming.  I sold all my extra tickets and made a tiny profit.  I knew I was bored when I was trying to figure out what brand my water bottle was and was trying to to hold it in the light so I could read the label.  It was a full house in the MGM Grand Garden Arena, and you could hear the crowd booing loudly.  Boxing fans wanted to see a FIGHT.  We didn't pay to see Pacquiao and Mosley touch gloves and play it safe. 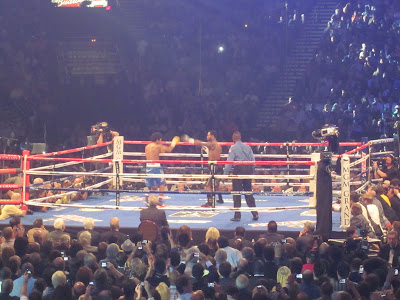 It's obvious the two pugilists have a good relationship, but the friendship was overtly obvious and reminded me of when Isiah Thomas and Magic Johnson would hug and kiss before the opening tip.  I didn't want to see buddies hang out.  I paid to see a fight.  There's no question that the Margarito fight was better. 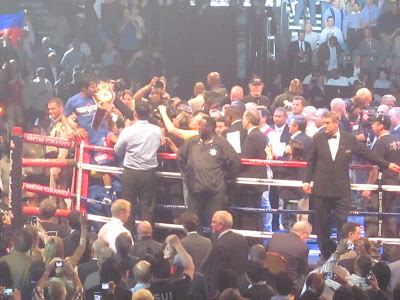 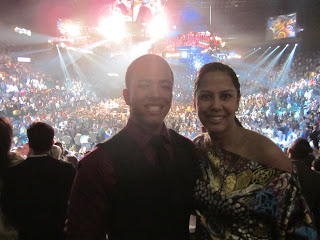 I'm happy that Mark enjoyed the fight.  I know he enjoyed it.  I'm also happy that I'll never have to pay for dental again, once he finishes school.
Oh, and it's worth mentioning that the MGM Grand Garden Arena ran out of hotdogs.  Seriously.  That's a huge mistake.
THE WIRK
Posted by THE WIRK at 3:38 AM