NBA International players to cross the pond if lockout ~ I say, "No"

I've been reading a couple of headlines related to international players in the NBA (e.g. Mehmet Okur and Andrei Kirilenko) and the plans they're "considering" if there's an lockout next season.  Having survived a NBA lockout in 1998 with an international player who also entertained offers from other teams in Europe (i.e. if I remember correctly, I remember a team in Spain was interested), I'm willing to call the player's bluffs.  If these guys start looking for their passports, my bet is that they're going for pleasure and NOT business.

I remember the NBA lockout "vacation" that was had.  To say that everyone was unhappy would be a lie.  Players who were committed to conditioning and rehab still worked out.  They just might've been found working out at MLB facilities, local community centers, and health clubs, etc.  From what I could see, for those players not living paycheck to paycheck and who were smart with their money, life was just fine.  It was good time off.  Recently I asked a writer what he did during the last NBA lockout, and he said he was more or less on vacation also.  After such a busy offseason with everyone chasing LeBron to get the scoop on his "decision", maybe it wouldn't hurt to have some NBA rest...  Just a thought, but I digress... 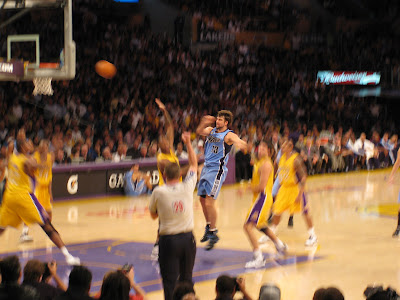 Is Okur going to hop a plane to Europe, if there's a lockout? 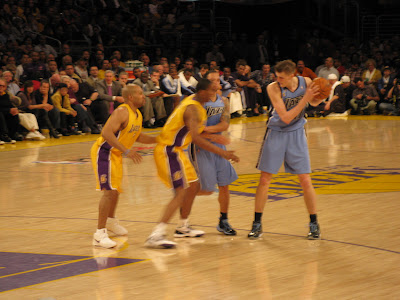 Is AK-47 taking his ammo across the pond, if there's a lockout?
I'm not about to read up on Okur and Kirilenko's contracts, but I do feel as though they're solid in the NBA and have viable careers.  I have no idea what their making in terms of $$$, but I do feel like the risk of injury overseas is too great.  We're not just talking about international competition like the Olympics and FIBA World Championships.  We'd be talking about a "season" or partial season.

If you think I'm buying the story that these guys (i.e. and not specifically Okur and Kirilenko) or anyone with a viable NBA career are going to pack up and head overseas, you're fooling yourself.  You'd have better luck selling me season tickets to one of the bottom dwelling NBA squads that are always mentioned in the same breath as the word "contraction".

****  Actually now that I think about it, both stories about an international player heading across the pond are about players with the Utah Jazz...  Random, but I think pure coincidence, since the Jazz are having success at 26-13.  FYI, I took the pictures for this post back in April 2009.