The Winter Classic, from Pittsburgh is in the books and the Washington Capitals have emerged victorious.  The Caps defeated the Pittsburgh Penguins, 3-1.  The hero of the game was Eric Fehr.  Fehrzy had 2 goals and 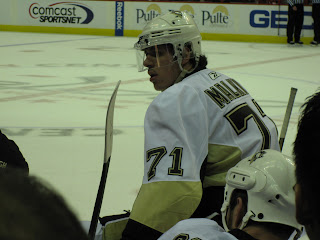 Mike Knuble scored for the Caps to tie the game at 1.  Fehrzy handled the rest.

If you're not a Caps fan, you may not have known Eric Fehr's name.  Well, hopefully now ~ you won't forget it.  Living in the DC area, I run into a lot of the Washington Capitals.  The ones I've met have been friendly and appreciate their fans.  ****  Here's a pic I dug up from 2007, with Eric Fehr.  Nice guy. 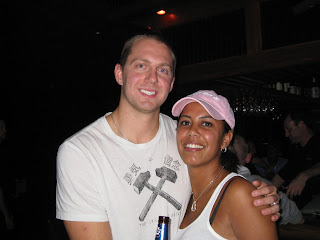 Capitals and Penguins meet again on February 6, 2011 at the Verizon Center.