Today,  I wasn't able to get out since I was jockeying con calls and working.  HOWEVER, I was able to watch a little bit of TV, check some schedules, and gather my thoughts before trekking out to Laudy for the NFL Commish party.

My predictions for the night:
Winners: I liked the Hawks, Pacers, and Nuggets.  I liked the Nuggets even after I heard that Kobe was playing and Carmelo Anthony was out.  It was a hunch ~ but it was dead ON.  Did you see that Nuggets v Lakers game?!  If not, you missed a good one.  Chaucey was shooting the lights out of the arena and left with a career high of 37 points.  I need to get to Denver when they're all healthy and see them play, in person, for myself...
Loser: I also liked the Hornets, even though CP3 wasn't playing, since I read that AI was out also.  No idea what happened with that game, since I was up to my eyes in football stuff, but according to the ESPN crawl, the Philly bench "stepped up"...  Yeah, well you're just as shocked as I am... Who cares ~ you can't predict them all, and that's what you get when you pick a lame game to guess about.

So, what's the verdict?!?  Well, I'm not 100% psychic, but I'm 75% psychic...  I would've gone 3/4...  Can you tell that I'm jonesing for a trip to Vegas?!?! I looked at flights to Atlantis last night and the RT fare was a hair under $200.  I always carry my pasport with me (i.e. since you "never know") and almost bought the ticket to head out there tomorrow, but I held off.  Sure enough when I looked for the same flights on the way to Laudy, they flights were sold out.  Oh well.  It wasn't that serious for me to head out there for THE DAY.

I wish I had enough time to head to Vegas before the Super Bowl.  I love the Venetian Sportsbook.  Ask anyone who knows me, has spent any amount of time with me in Vegas, or is looking for me when I'm in Vegas and they'll tell you where I am and they'd be willing to bet on it.  I'm a creature of habit.  I like familiarity.  I know the guys there in that book, and they have served me well throughout the years.  I'm superstitious (i.e. just a little),and I study that board (with all the games listed) ridiculously well.  As a gambler, I believe in the streak.  I believe in momentum, and I have a firm grip on the psychology of sports.  I've seen what it's like for athletes to travel, to wake up for film, and to have to go to the arena early for treatment/shoot around.  I've seen how quickly or slowly some bounce back from injury,  I know that back spasms is a fake diagnosis, when listed as an injury, and I also have a clue as to who's a headcase and who has brains.  OK - so maybe I don't KNOW, but I'm VERY confident in my hunches.

When in the book and in preparation for my trips to Vegas I watch plenty of games, look up the trends, and crunch/examine the numbers just as much, if not more than the investors that watch the companies in their stock portfolios.  I get a little obsessive compulsive.  Instead of buying and selling Coca Cola, I decide whether I want to pick up teams that are improving and try to time it right, as to when to jump off of another team's bandwagon...  My brother looks at health care com[anies/technology etc. for work, and he always tells me he hates gambling.  BULLSHIT.  He's a gambler ~ he does the exact same thing I do.  He just chooses health care related companies, and I'd rather watch sports.  Ever get tickets to go watch Pepsi , Boeing, or Wendy's do anything!?!  Yeah, I didn't think so.

Anyway... Enough about that.

So today was Roger Goodell's State of the NFL press conference and his Super Bowl party...  I missed the press conference.  I told you I was working...  Anyway, the gist of it is this.  I firmly believe there will be an NFL Lockout next season in 2011, and I'm not in the minority.  Why?!?  Because everyone wants to get paid and $8 billion in gross revenue is plenty of money to fight over.  (Shoot, I'll lock you out of my car for $20...  I can't even fathom what I'd do if I had to fight for a cut of $8 billion...  But I digress... ) Another reason I think a lockout will happen, is because I've seen it happen in basketball.  I've seen what happens when the bluff is called.  I remember when my ex had to go workout with the college kids at Cleveland State or the Cleveland Indians, since the Cavs facility was off-liimts.

I mentioned the strong possibility of no football in 2011 to my brother at the Commish's party.  "There going to strike?!?" was his reply.  No, Grasshopper ~ let me school you and any other person with incorrect ideas about this issue.  The players aren't going to strike.  The owners will lock them out ~ hence, LOCKOUT.  Just like in basketball...  Don't believe me?  Here.

According to Wikipedia ~ A lockout is a work stoppage in which an employer prevents employees from working. This is different from a strike, in which employees refuse to work.

As a fan, a lockout would be terrible.  I've seen the movie "The Replacements".  It was good, but that's a movie.  I was having drinks with my friends yesterday and my friend MW had me laughing.  He pointed to his 3 friends and said, "They're going to put us in uniforms, give us helmets, and call us the Dallas Cowboys!"  How can you not laugh at the thought?!?!

We also talked about the Pro Bowl and the movement of the game to the week before the Super Bowl.  Consensus at the table and the ratings showed me that this was a good move.  Although, I'm not sure that anyone of us actually watched the game.  Sure, fan attendance was better ~ duh, has anyone compared airfare price differences between a trip to Honolulu v. a trip to Miami?!?!  The argument is that people need something to fill the void preceding the Super Bowl.  Yeah ~ but does anyone even know who won the game?!?!  I think it was the NFC...  Dammit ~ just checked it, and I was wrong ~ the AFC won.

Oh well, if you would've asked me to put in order the musical performances at the Grammy's I could've done that quicker.  I actualy ended up DVR'g the Grammy's and waching 2 crappy ACC basketball games that Sunday ~ but let me tell you, that if I had to do it all over again, I still wouldn't want to watch the Pro Bowl.  I've never been to the event, but any event that the PROFESSIONAL athletes are given the PRIVILEGE to play ~ and the athletes bow out ~ well, why should I watch?!?!  The player himself doesn't want to play...  What is that even about?!?!?  If anyone honored me enough to pick me to represent whomever/whatever in the internet shopping and text message olympics I'd be there with bells on.  I just don't understand it. Some people want to play, some people don't.  It all boils down to this ~ if you're not psyched about your own gig/product, how am I supposed to be psyched about your gig/product?!!

One last thng, and I realize that this is selfish ~ I met my last fiance during the NBA Lockout so who's to say an NFL Lockout would be so bad?!?!  Just saying...  Haha :-P

Anyway...  Enough about that.

I can't think of anything else right now.  So that's all I have for now.  Time to light a candle and pray for Dwight Freeney's ankle.  GO COLTS!!!

Wait...  Speaking of the Colts check out the pics from the NFL Commish party today.  I'm a Colts fan so I'm partial to the Unitas pics...  Incidentally, Unitas was Lithuanian..  Hahaha:-P 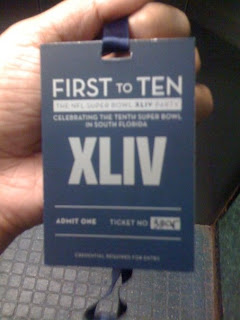 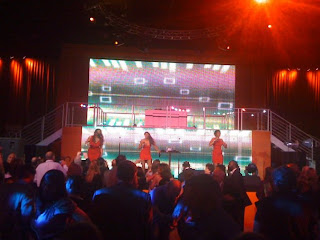 The Pointer Sisters ~ Jump was the last song they sung. 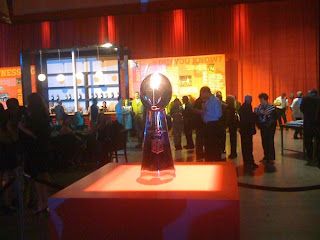 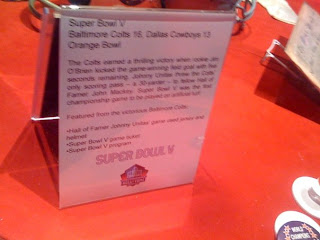 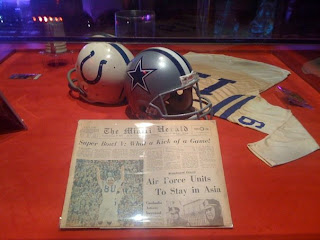 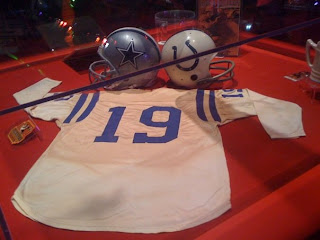 Unitas' game jersey from the Super Bowl
THE WIRK
Posted by THE WIRK at 2:44 AM