Vegas with PDX and crew

I'm back.  I just needed to get away, for the weekend and REST.  I'm not sure how much rest I really had, but at least I tried to sleep.

Some quick bullets (i.e. just some highlights) from my trip to Vegas...

I spend a lot of time in sportsbooks and there's something really annoying about the men in there, taking notes and never betting.  I understand some research needs to be done to pick some winners, but seriously ~ man up.  One last thing, if you're sleeping in a sportsbook, you're a loser.  Get a hotel room or go home.
Friends: 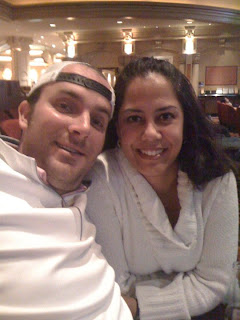 The best part of the weekend was getting to hang out with PDX and the rest of my March Madness crew!  Here's one for you.  I met a new member of his crew that had never played the card game "War" before.  Really?  I grew up playing war with my brother and the neighbor kids...  Who hasn't played war?

Although it's not yet warm enough to throw on a bikini and hit the pool, it didn't hurt that I woke up to palm trees and sunshine as opposed to snow on the ground and freezing temperatures. 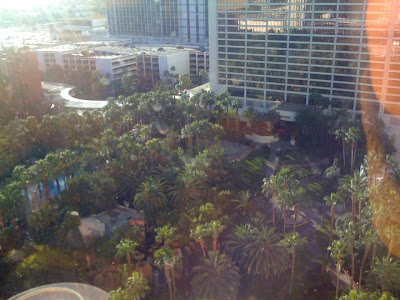 I picked up my tickets for the Shane Mosley v Manny Pacquiao fight today.  The fight is on Saturday, May 7th, in Las Vegas at the MGM Grand Garden Arena.  I have extra tickets for sale.  If you're interested in my ticket inventory, get in touch.
The best compliment I received this weekend, "...you bring us luck."  You might think that's lame, but I hear a lot of things, and honestly that was AWESOME.