If you can’t go to the actual NBA All-Star game, definitely go to NBA All-Star practice. Practice was held Saturday morning at the Los Angeles Convention Center.  ****  This was the first time since the NBA All-Star festivities were held in Cleveland, OH that I went to watch practice.  I have been missing out! 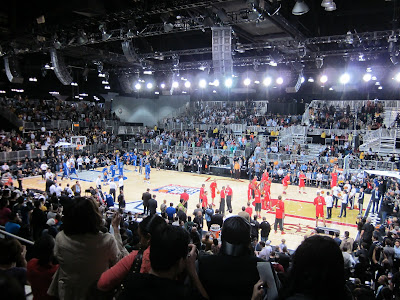 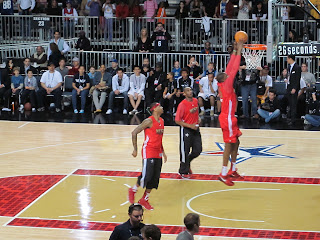 The LA Convention Center hosted the NBA Jam Session.  If you’ve never been to NBA Jam Session, check it out. There are numerous opportunities to interact with players, complete various basketball drills, and celebrate the game of basketball etc. More on that in a later post.
Practice is a ticketed event. I suggest you get there early if you want to take pictures since the tickets designate a section only. It’s general admission within the sections. 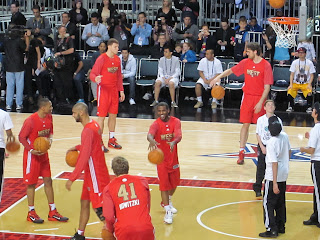 The guys are pretty loose during practice and you can see the smiles on their faces. NBA All-Star weekend is a fun time for the fans and the athletes. Unlike in football, where it’s a challenge to get the athletes to play in the Pro Bowl, the NBA shows up and enjoys itself during the All-Star break. 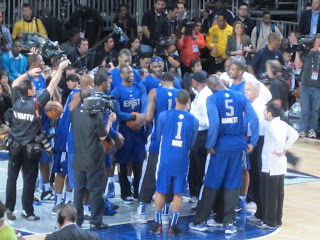 Don’t believe me? Check out the smiles on the guys’ faces. 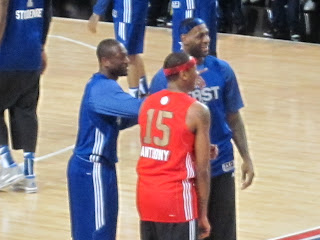 One funny moment during practice occurred when Doc Rivers, coach for the Eastern All-Stars, told Carmelo Anthony to stand in the middle of the court since he didn’t know whether he was playing for the West or the East. ****  Obviously this was before Monday’s trade that sent Carmelo Anthony to the New York Knicks and in the middle of the Melo-drama. 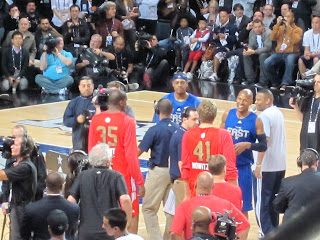 At any rate, practice was a good time and the teams performed various shooting drills. Towards the end of the practice Paul Pierce and Ray Allen established a record for 3-pointers by a tandem for the Guinness Book of World Records. Unfortunately for the Celtics duo, Dirk Nowitzki and Kevin Durant promptly broke the record to claim it as their own. 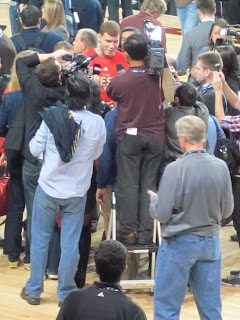 After practice there was media availability. The media had a chance to go onto the court to talk to the players. Picture it. I liken it to the media version of “storming the court”. 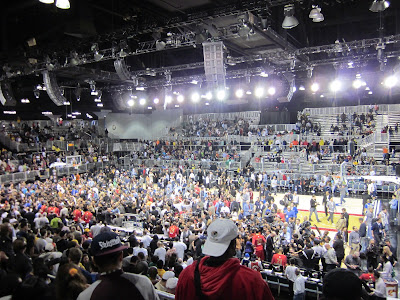