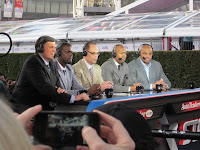 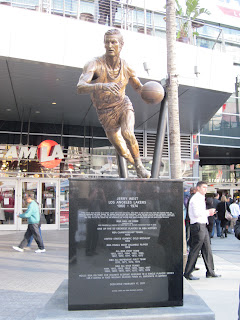 Sunday was the day for the NBA All-Star game and as I made my way to the Staples Center, I had 2 things in mind.  Take a picture of the TNT guys doing their thing and take a picture of the newly unveiled Jerry West statue.
The West won the 2011 NBA All-Star game, even though LeBron James did his best to make up the difference and put the East in the lead.  Kobe Bryant played his heart out in front of the Lakers crowd to win MVP. 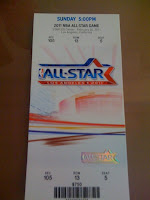 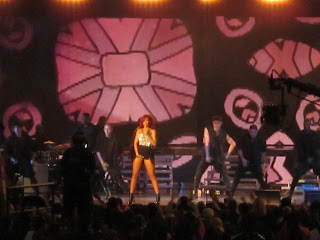 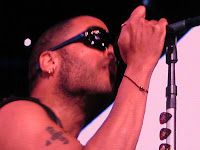 If you've never been to an NBA All-Star game and you're a music fan, you need to know that music is a large part of the weekend's festivities.  Josh Groban sang the national anthem.  Lenny Kravitz rocked out for the player intoductions.  Rihanna performed at half time with Drake and Kanye West.  Drake and Kanye were surprise guests.  People who had a ticket to the game, were treated to a mini-concert with these artists.  It was a special treat! 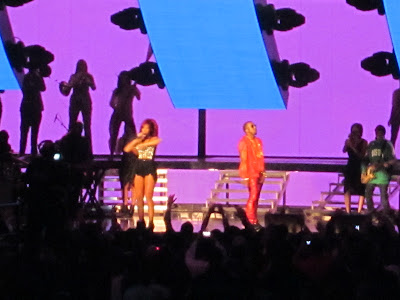 Enough about music, back to the game... 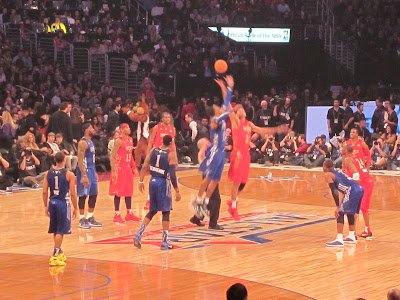 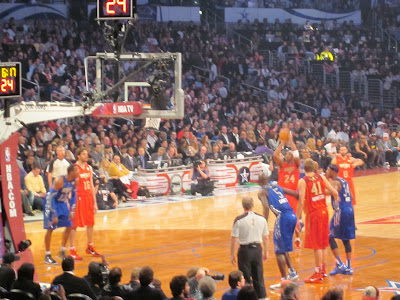 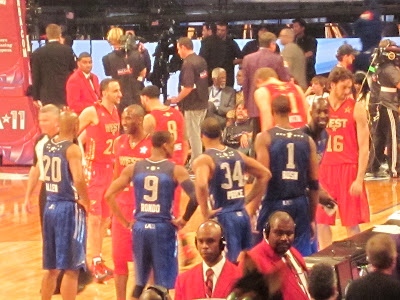 As for the game, the game was a good one.  Like I said, for most of the game, the West had a 15 point lead.  However, down the stretch the East (i.e. led by LeBron James) started to mount a comeback.  The final score was West 148, East 143.  For the East, both LeBron James and Amare Stoudemire dropped 29 points.  For the West, Kobe Bryant had 37 points and 14 boards.  Also for the winning team, Kevin Durant came up big with 34 points.