Jerry Sloan retiring immediately ~ This Jazz is not music to my ears... 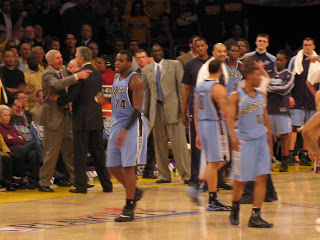 I never questioned Jerry Sloan's passion and dedication to his team and the sport of basketball.  If you don't know who Jerry Sloan is (i.e. and you're not my mom), why are you even reading this blog?
****  I watched Jerry Sloan lose it at the Staples Center in April of 2009.  I can't remember, but I think he got tossed out of the game.  The man was fired up, and I can respect that. 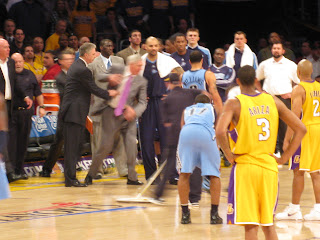 No, Jerry Sloan isn't a camel, but was the latest flare up with Deron Williams the final straw? I've been in training all week, but I couldn't help but see that Jerry Sloan was retiring from his head coaching position, with the Utah Jazz.  When I first saw it, I thought to myself that sure ~ the Utah Jazz have been looking a little, lackluster and have been playing "flat".  However, when I checked their record, I was surprised to see that they are still above .500, especially in the Western Conference.  Let's face it.  The Western Conference is a lot sexier than the Eastern Conference in terms of competition and flash.
The Utah Jazz are currently 31-23.  I'll admit right now, that I haven't watched a Jazz game since the weekend before Super Bowl XLV.  I've learned not to bet on them, when I was in Vegas, because they've become incredibly unpredictable.  Carlos Boozer's presence is sorely missed and (i.e. when I was watching the games a couple of weekends ago) Deron Williams was sitting on the bench.  When I tune in Andrei Kirilenko, AK-47, is more like a BB gun.  The Jazz just don't look good anymore.  However, that's only a reason for me to stop watching them and not for Jerry Sloan to stop coaching them.
When I saw the news about Sloan on the TV, I thought he'd finish out the season.  I was wrong.  Evidently, his resignation is effective immediately.
Wow, I'm a basketball purist and I realize the pros are different than college.  However, if this is an example of a "star" player exercising his muscle to get a coach out, then this is a very slippery slope for an NBA franchise to take.  A coach is still a coach. 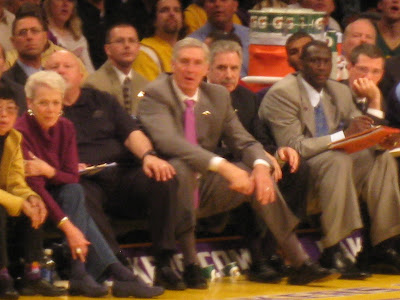 Assistant coach Tyrone Corbin is taking over the team.  I have no idea what he looks like, but for now he'll be referred to as "the guy sitting next to Gary Briggs".  ****  That's right Briggs, you get a shout out.  I still remember you from my Cleveland Cavaliers days.
I still haven't visited Salt Lake City to see the Jazz play at home.  I don't really have any method to my madness of picking a venue to visit, but I'll admit I like the teams I see to have an identity.  If you ask me the future of the Jazz is hazy and now with the change in leadership, I'm moving the visit further down the list.  Maybe I'll have a long layover or Delta will bump me.  That's the only way you'll find me at a Jazz game in the foreseeable future.

Jazz, huh...  Sloan's retirement is not music to my ears...  Deron Williams, you better be putting up crazy, consistent All-Star stas now that Sloan is gone, because like it or not, the spotlight (i.e. heat lamp) is on you now.
THE WIRK
Posted by THE WIRK at 8:38 PM