Some NBA All-Star participants are paid, but I'd argue that pride motivates most 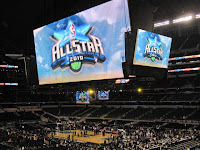 As we approach the NBA All-Star break, many people associated with the NBA will go on vacation.  Some front office staff, coaches, and players etc. will be going on vacation and enjoying three days off of work.  On the flip side, fans, players, and media associated with the NBA and the All-Star festivities will also be flocking to Los Angeles for the NBA festivities.
As NBA players and owners meet to negotiate the new Collective Bargaining Agreement (CBA), let's not lose sight of the fact that many of the people that provide the entertainment we enjoy during the All-Star break are actually working. 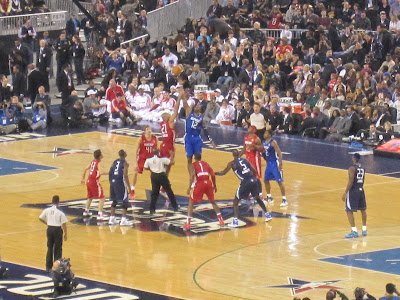 I took a look at the section of the current CBA (i.e. which expires after this season) related to the NBA All-Star game and here are some fun points that show you that the All-Star events do matter.
Relatively speaking, a check for $35,000 may not seem much compared to the multi-million dollar salaries that some athletes make.  However, let's face it...  Even if it's ashtray money, $35K is still $35K.
Here are some of the player payouts in case you're curious: 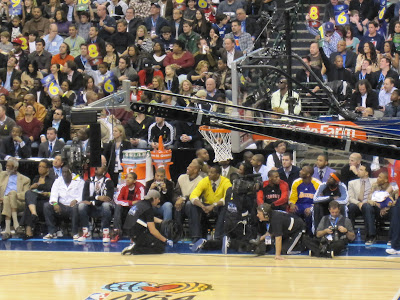 Check out the talent in the front row!
I just wanted to give you some things to think about during this weekend's events.  If you're like me, you might be tired of people saying that some players don't really care and that this weekend doesn't matter.  I'd argue that it does.  Honestly, let's not underestimate the ultimate prize.  No, I'm not talking about money.  I'm talking about PRIDE.