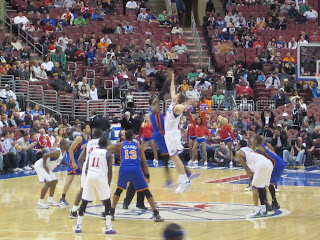 Last night I was at the Wells Fargo Center.  I have to say that because I felt like I was in New York.  I heard so many "Melo" chants and was surrounded by a bunch of fans that were wearing New York Knicks jerseys, that at times I felt like I was at Madison Square Garden.
﻿If you like physical basketball, you should have been at the New York Knicks v Philadelphia 76ers game last night.  I decided at the last minute to go to the game and I don't regret it for one moment.  I have been wanting to go to the Wells Fargo Center for a Sixers home game for some time now, but lacked motivation.  ****  I'd been to the venue before, but not for a game and needed to check it off my list. 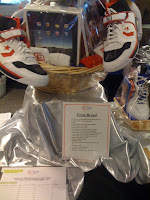 As I entered the arena, I took in the sights and noticed that there was an auction going on for Sixers' charities.  Fans could bid on baskets donated by the players and organization.  I saw Elton Brand's favorite things basket and decided to bid.  His basket included an iPad.  After bidding $900, I kept it moving and went to my seat.  ****  The basket sold for $2,000. 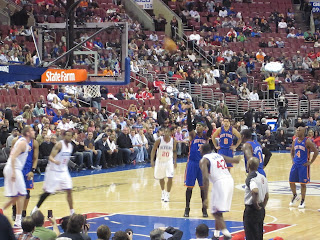 I have an interest in the Knicks for various reasons.  I mean, come on.  Instead of spending Christmas with my family, I went to watch the Chicago Bulls play the New York Knicks at The Garden.  However, I had yet to see Carmelo Anthony in a Knicks uniform though and I needed to see the "new look" Knicks for myself.
﻿﻿As I watched the Knicks dominate the Sixers for 3.5 quarters, I was already thinking about the next step of my night.  Suddenly, the Sixers started playing and Andre Igoudala found his game.  Elton Brand was playing solidly as well.  Next thing you knew (i.e. with Chauncey Billups out of the game with a bruised thigh) and Carmelo in foul trouble, the Sixers were cutting the lead.  ﻿﻿﻿
﻿ 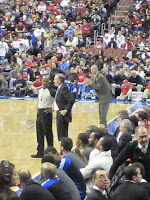 It's no secret that Doug Collins has been coaching his tail off with the Sixers.  It's also no secret that the Knicks aren't known for their defense.  However, Ronny Turiaf came up with some great defensive plays and played a huge role in the win.  He may not be an offensive weapon (i.e. 0 points, and 1 blocked shot), but he brought it on defense.
At the end of the day, the Knicks escaped the 4th quarter surge of the Sixers and won the game.

In the losing effort, Thaddeus Young had 25, points and Elton contributed 24 points.  Andre Igoudala ended with 15 points, and most of them were later in the game. 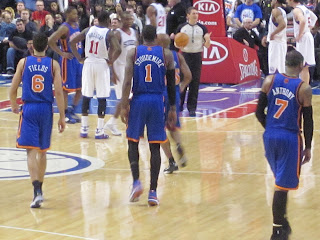 For the Knicks, Carmelo Anthony led all scorers with 31 points and 11 boards.  Amare Stoudemire put in work for 18 points. 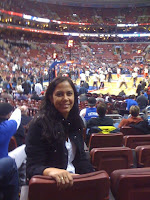 What a game!  It was well worth the trip to the Wells Fargo Center...  Cross it off the list.
Oh and, I even made it on TV...  See me in the lower left-hand corner?  My cousins recognized me and called me during the game.  Too funny! 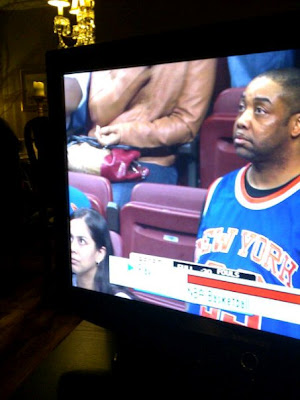