Mosley v Pacquiao ~ I've got my tickets and Philippines watches

Today, I received notification that one of the tickets I have for the Shane Moseley v Manny Pacquiao sold on StubHub.  About a week ago, I saw a commercial for the upcoming shows on Showtime about the fight (i.e. that is less than a month away on Saturday, May 7 at the MGM Grand Garden Arena).  Yes, folks...  The boxing match is quickly approaching.

I can't believe the fight is less than a month away.  Today, I saw on Twitter that Bob Arum said the fight is a sell-out.  I'm not sure how that's true though, since I went on Ticketmaster to check if I could pull another ticket (i.e. and I could).

At any rate, I'm ready to go.  I have my tickets.  Further, in anticipation of the event, I even bought some Unisilver watches that feature the Philippines on the face.  I'm not familiar with the brand, but when I saw the rubber watches posted on Emma Camacho (i.e a family member's page), I had to have a couple for the fight.  ****  She's on Facebook, if you want to check out what she's selling.  She ships internationally.

I like my new watches, but I like money too.  I may even re-sell the fun timepieces in Las Vegas.  You never know!

If you want to show your Philippine pride and you're interested in any of the watches, please let me know.  Maybe we can do some business! 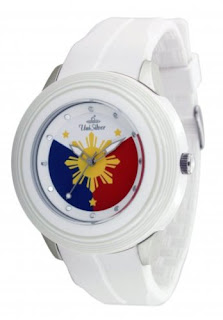 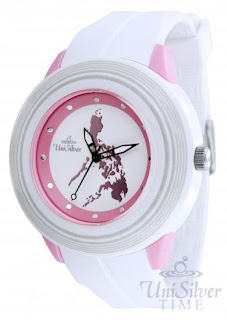 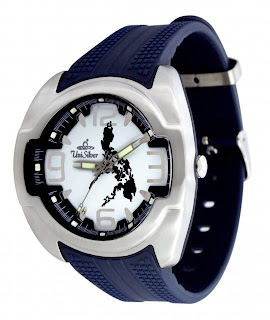 Aren't the watches fun?  I can't wait to sport one at the fight.  If you've never been to a Pacquiao fight it definitely is a cultural event.