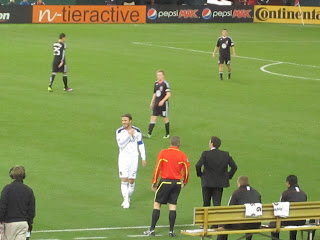 Last night David Beckham was in town with the LA Galaxy to take on DC United at RFK Stadium.  I'll admit right now, that I don't pay attention to soccer except during the World Cup and the Olympics.  I'm not even a huge David Beckham fan compared to my other friends.  Sure, he's attractive...

However, unlike some of my girlfriends, I don't want to chase him. 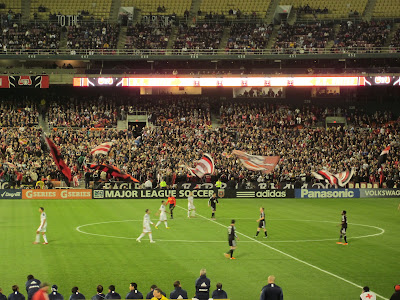 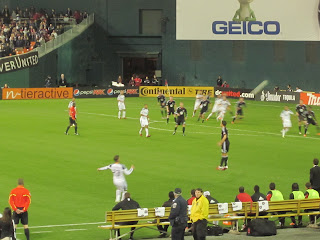 At any rate, if seeing Beckham was on my bucket list, I guess I can check it off now.
As for the game itself, it ended tied with a score of 1-1.  Landon Donovan did not play for the Galaxy.  If you want the specifics on the game, you'll need to "google" it.  Like I said, I don't really watch soccer!
THE WIRK
Posted by THE WIRK at 4:21 PM