An array of sporting events happened and are happening tonight.  Honestly, I fully intended to go out this evening and decided to wear my new Capitals' Ovechkin jersey.  However, after getting ready, I decided to lay low and flip channels all evening.

While watching the Caps take on the Penguins (i.e. Caps were up, 5-3) on TV, I received a call from a buddy who told me to flip to the Women's College Basketball Championship game.  He told me that UConn was losing.  Say what?!?!  I flipped to it and Stanford was beating UConn 20-17 in the 2nd half of the game.  With a painfully low score, I was interested in it for only a few minutes.  I saw a missed lay-up, a bunch of missed shots, and a score that indicated that UConn was starting to catch up.  UConn eventually took the lead (i.e. I think they led by 4 when I decided to go back to the hockey game).  I'm going to assume that UConn won the game and that their winning streak is in tact.

The Caps ended up winning 6-3 and Ovechkin scored two goals, compared to Crosby's one.  It's official, the Caps have swept the Penguins, 4-0.  Conclusion: Perhaps my new jersey is lucky?!?!

Don Nelson had a chance to break Lenny Wilkens' record for all-time wins tonight in DC.  Currently, both Nellie and Lenny are tied with 1,332 wins.  I noticed earlier in the day that one of my facebook friends had suite tickets that he was giving away for tonight's game.  A free suite ticket to see the Golden State Warriors take on the Wizards and watch Nellie make history, and I couldn't muster the energy to request a ticket...  No offense to Nellie, because I have much respect, but does that tell you how disinterested I was in the game even though it would've been historic?  If anything, it looks like I didn't miss anything since the Wizards defeated  Golden State, 112-94.  I watched exactly 0.0 minutes of this game.

The Cavs hosted the Raptors at home and won.  This isn't really noteworthy, but since I am a Cavs fan, the mention is obligatory.  On another note, while stressed out and rooting for the Duke Blue Devils, I wore my Cavz - Better with Z, Fresh Brewed Tees shirt, last night and it generated someinterest and overall received a good response.

I'm heading to Atlanta later this week, and I actually just read on that Joe Johnson is going to miss at least the next two games with a sprained right thumb.  ****Mental note: Must check and see if Friday's game is one of the next 2 games on the Hawks' schedule.  I'm guessing it is.  Boo!!!  While we're on the subject of Hawks' injuries, what is going on with Mike Bibby's ingrown toenail and possible infection ~ ugh.  Come on, Hawks!!!  I want to see you play at full strength and not all banged up before heading into the Playoffs.

The Thunder lost in overtime to the Jazz today, 139-140. With the NBA Playoff race in the West being a tight one, this loss hurt for all the Durant and OKC Thunder fans.


I'm eagerly anticipating the release of the NBA Playoffs schedule.  Once, I see it ~ I can plan where I want to go.  Initially (i.e. in a perfect world and without looking at costs and schedules) based on the current standings, the Cavs v Toronto series and Lakers v Blazers series are the most intriguing.  Why?  I haven't seen a home game in Toronto or Portland and would love to return to either city and see friends. 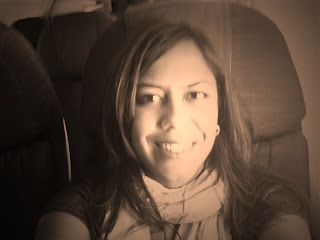 I may not have made it to opening day, but I believe I see a Braves game in my future.  Stay tuned.

I've got some big plans in the next few days.  Here's a hint, I'm going to Georgia.  Stay tuned.

I was checking schedules of some of the Majors (i.e. after I saw a post from a friend about Roland Garros in 40+ days).  Paris is one of my favorite cities and I was fortunate to spend a weekend there last year.  When doing some checking, I noticed that the French Open is being played during Memorial Day weekend.  Immediately I checked my points and miles balances.  As of now, it's a definite maybe, since I find the idea completely intriguing (i.e. it requires no time off of work and I can cover Paris in a couple of days for the tournament)

Of course, the next thing I looked up were the dates for Wimbledon, which just so happens to end on the Sunday, 4th of July.  I like London also...  Just saying.  Seriously though, I'd most likely have to pick between the two events, and it's a little too early for me to commit to either.

Can you hear that?  The gears in my head are turning, but that's all I have for now.  Tomorrow is going to be a great day!