The plan all along was to hit the Raptors v Hawks game on Friday.  Earlier in the day I called the Hawks and left Coach Woodson a voicemail to wish him well and let him know I was in town.  I remember Coach from his days in Cleveland (i.e. where he served as an assistant coach for the Cleveland Cavaliers).  He is a class act, and I believe he truly cares about his players.  To my surprise, later in the afternoon he phoned me back and before you knew it, I had my tickets in motion.  Thank you, Coach.

**** I always call my friends in the league to let them know if I'm coming to town. We all move around so much, that I value staying connected.

I have good friends ~ Thank you 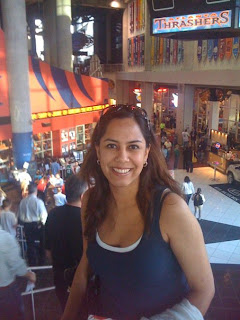 It's good to be back 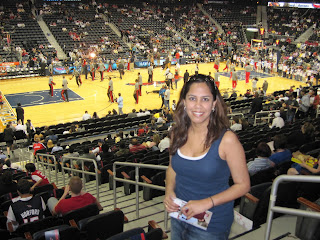 Got to the seats in time for the opening tip 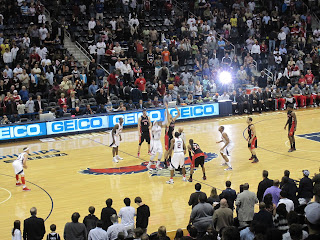 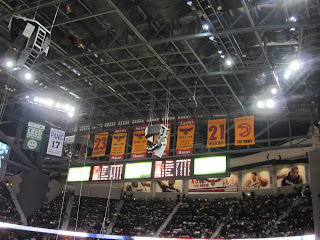 Obligatory shot of the banners hanging
The playoff race in the East is a tight one.  Just a minute ago, I saw/heard a bit on TV about the race for the 8th playoff spot.  Currently, both the Toronto Raptors and the Chicago Bulls are battling for the 8th spot.  I think NBA TV is referring to it as "The Race for 8".  Coincidentally both teams lost tonight.  ****The Bulls lost to the Nets in D-OT tonight.  Chris Bosh is out for the rest of the regular season after suffering severe facial injuries, so needless to say the "Bosh-less" Raptors were in Atlanta to play a fully-loaded, Hawks team.  Joe Johnson, Mike Bibby, and Jamal Crawford were definitely ready for action.  Yep, Joe Johnson was back ~ but the story of the game is Jamal Crawford.

Jamal Crawford played an all-around great game!  He logged 25 points and his 27th career 4 point play (i.e. a new NBA record).  Subsequently, the Hawks captured the victory ~ their 50th win this season (i.e. a feat that hasn't occurred since the 1997-1998 season). 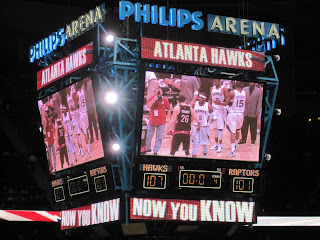 
After the game, I was able to personally congratulate Jamal Crawford on his strong performance and new NBA record.  He seemed sincerely thankful for the kind words.  The humility he projected is rare in the league, especially for veteran players, so it's worth mentioning. 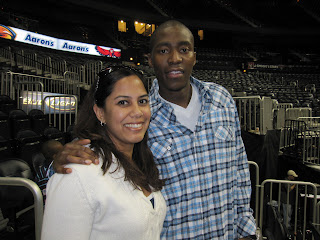 With the star of the game, Jamal Crawford 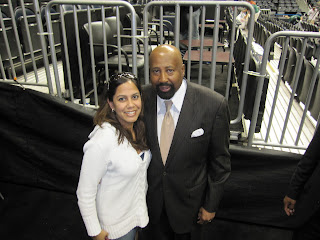 Thank you, Coach ~ Great win!
The Hawks are away for their next game and take on the Wizards, Saturday at the Verizon Center.  Ironically, Chicago visits the Air Canada Centre on Sunday night.

Aside from singing Jamal Crawford's praises, here are some other thoughts from the night: 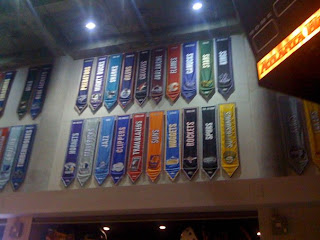 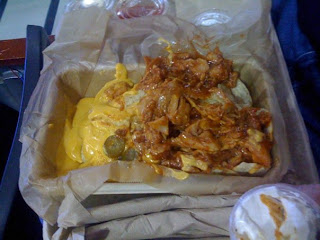 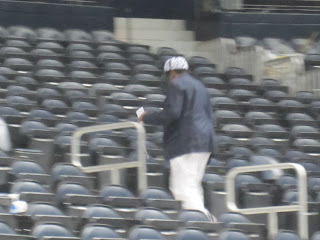 After the game, Spike Lee exited the tunnel and left the building
Big day tomorrow, as I have to wake up early and head to Augusta.  There's some golf tournament out there that I want to check out  (i.e.  wink wink), so that's all I have for now.
THE WIRK
Posted by THE WIRK at 11:59 PM