It was a fun, hot night at the Bethesda Theatre for the Redskins Cheerleaders Final Auditions.  I highly recommend that anyone interested in trying out for the squad check out the auditions at some point.

The girls initially appeared in cocktail dresses/evening wear and then performed sideline routines in groups of 4 and 6.  There was also a swimsuit competition.  ****The girls were very brave to come out individually in the bright, harsh lighting wearing their bikinis.

Most of the girls brought their own cheering sections and the theatre was packed.

Included are some of the pics that I took while at the event. 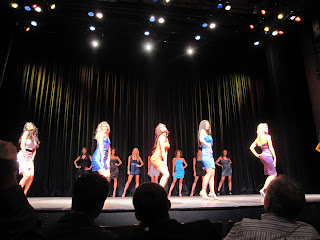 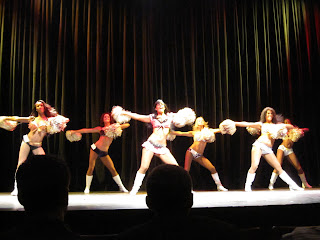 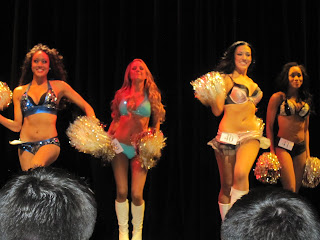 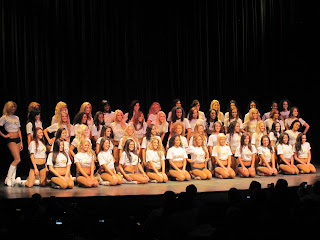 And here's a quick video:
THE WIRK
Posted by THE WIRK at 6:43 PM