The NBA Playoff schedule is out and NHL Playoffs are underway ~ Let's go Cavs and Caps!!! 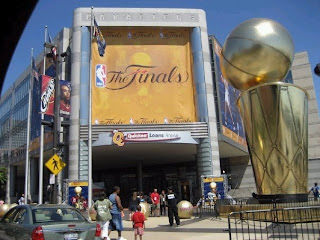 The NBA playoff schedule has been released, and I've been looking at my frequent flier mile balances and proposing multi-city trips trying to make the most out of each and every trip (i.e. trying to combine baseball and basketball).  If I'm heading West, I want the trip to be worth it.  The only issue, is that I'm not sure when I have to start traveling for work.  Soooooooooo, West coast friends should expect to hear from me in the next couple of days as I attempt to hash out a schedule that makes sense, physically and financially.

Plus, let's put this into perspective ~ this is only the first round.

I took a quick look and here are my predictions for the NBA playoff 1st round match-ups :

Lets's start with the East:

And, now for the West:

The road to the NBA Finals should go through Cleveland.  Check out the following video, to get a taste for what to expect if you want to come out and see the Cavs play in the finals.

****  On another note, what in the world is going on in Chicago with John Paxson and Vinny Del Negro?!?!http://sports.espn.go.com/chicago/nba/news/story?id=5086856

The Caps are kicking off the NHL playoffs.  Game 1 is tonight at the Verizon Center today @ 7PM.  Game 2 is on Saturday (i.e. same time, same place).  They're taking on the Montreal Canadiens.  I have a few friends that are Habs fans, but I think those guys are going to be disappointed.  I've been to the Bell Centre and seen how passionate the Habs fans are about their winning team, but I look for the Washington Capitals to advance. 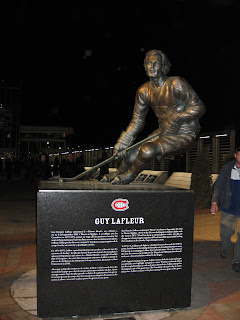 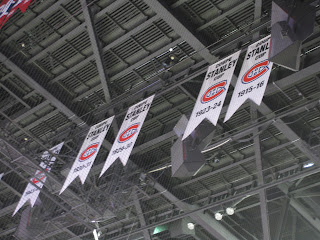 Nice, but the Caps are going to advance
Incidentally, I just took a poll on the Caps website and it looks like I'm not the only one.  Here is the question and the poll results.

Question:  Who will win the series between the Capitals and the Canadiens?

A while ago, I was watching Washington Post Live and listening to Mike Wise talk about Washington Capitals' fans and their expectations with regard to the postseason.  If I remember correctly, his point was that Caps fans are expecting too much by "expecting" to see the Caps win the Stanley Cup.  I respect his opinion, but disagree.  I believe, that when you are so close to the championship and it appears you're stronger than the previous year, winning it ALL is not an unrealistic expectation.  Let's go Caps!  Go get that Stanley Cup and bring it back to DC.