Oh Mickey, You're so Fine! Mickey Mouse and Disneyland... 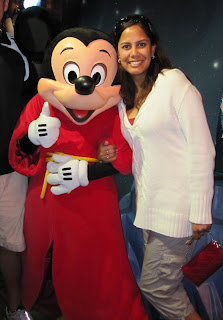 I love Mickey Mouse.  I know I say I love a lot of different things, but I really love all things Disney and absolutely adore Mickey Mouse.  The only thing I've ever taken out of a store (i.e. and no it's not shoplifting because the item wasn't even for sale) was a paper, Mickey Mouse decoration.  Well, actually now that I think about it, I stole a pack of grape bubble gum when I was 5 or 6 and believe me, I learned my lesson not to steal.  I never tasted that gum, and the embarrassment of having to confess and return it, still gives me anxiety.  But I digress...

When I planned my trip to LA, I was upfront with Scott that I wanted to go to Disneyland.  He said his weekend was open and that he'd be down for the adventure.  That was all I needed to hear.  I told him I was crazy about Disney and that I wanted to get there early, and he obliged.  We were on the road by about 9AM to Anaheim from LA and arrived at the park around 10.  The drive was easy and the whole time I was going to burst from excitement!  Yes, I am a kid at heart and have been called 12 years old by more than one person (i.e. actually in English and Spanish).  WHATEVER.  I know what I like, and Scott was helping make my dreams come true.  I hadn't been to Disneyland since I was in college.  Those of you that know me, can do the math.  ****  Incidentally, I don't think I've been to Disney World since 2005, so I'm due for a visit there also.

When we arrived at the park, I did my best to control my enthusiasm and not to run towards the gates.  The minute we walked in, Scott spotted Pluto and sure enough, I went to get my picture taken. 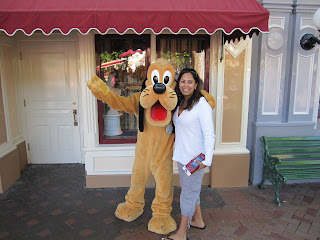 Minnie was there too, but that line was long.  Easily I could've spent hours chasing characters through the park, but I exercised restraint.  I also wanted to ride the rides!

I "yelped" each of the more exciting rides, as I was riding them and was thrilled to see the responses from friends as they commented how much they enjoyed the ride, also. If only I could round up all of my friends for a day at the park... That would be heaven!

Admission to the park is about $80.  Park Hopper passes are more, but we didn't have the time so it's irrelevent.  The lines weren't that bad and we were able to take advantage of the park's fast passes.  We rode Star Tours, Space Mountain (2X), the Matterhorn Bobsleds, the Indiana Jones Ride, Dumbo, the Carousel, Snow White, the Winnie the Pooh Ride, Haunted Mansion, the Jungle Cruise, and Pirates of the Caribbean.  Disneyland even brought back Captain EO.  Talk about bringing back memories!  ****  The lady who warmed up the crowd before Captain EO asked the audience who remembered the movie when it first came out, and people cheered.  Then she asked who was there because their parents made them and the "younger" people cheered.  It was funny.  The man sitting next to Scott, commented that  he told his kids that this was "Daddy's time".  Too funny! 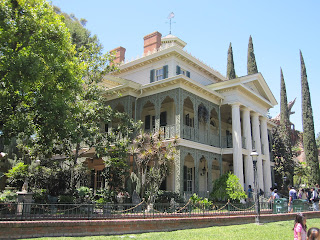 The Haunted Mansion is different in Disneyland v Disney World 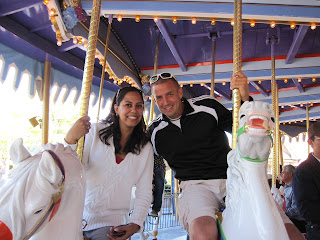 The Kentucky Derby was Saturday, but this version is better 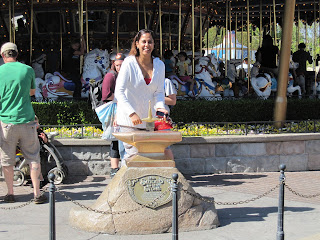 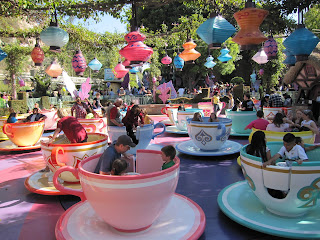 Does this ride look scary to you?  I didn't think so... 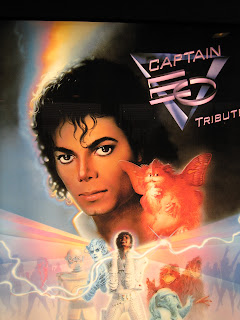 Captain EO is back! 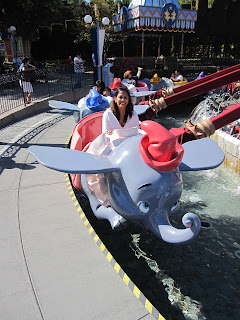 Dumbo is so cute! 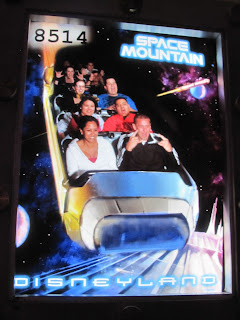 AWESOME
Scott was about to go Clark Griswold at the Park when he noticed that Big Thunder Mountain was closed.  I updated my facebook status with this information and received the following comment from my friend, Tommy, "Moose outside shoulda told ya."  I literally laughed out loud.

The weather was amazing and the park wasn't too crowded. Since Disneyland is much smaller than Disney World, we were able to hop around from "land" to "land" easily. **** Oh, and if you haven't been at an amusement park in a while, you should know that in addition to strollers you now have to look out for people on scooters. I'd never seen so many scooters in my life!

I smiled and laughed my entire day away.  Great weather, great company, and the happiest place on Earth (i.e. in CA).  In the 10 hours I spent at the park, I couldn't have asked for more ~ except for a funnel cake with strawberries that I completely forgot that I wanted it, until we were already in the car headed back. 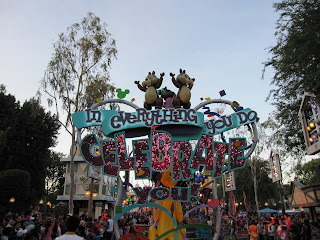