The game was suspended  (i.e. both teams were scoreless after the top of the 5th) because of rain but who cares?!?!?  I was sitting in the first row by 3rd base, and Minnesota Twins 3rd base coach, Scott Ullger threw a ball to me.  The lady to my right, more or less took it out of my hand.  To be honest, I couldn't believe he threw it to me.  Turns out that the guy to my left told me that he was motioning for Ullger to toss it to me.  Anyway, score one for the lady to my right.  BUT, wouldn't you know that I'd end up with a better game ball?!?!  That's right.  I was sitting in the first row by 3rd base and A-Rod was heading into the dugout...  Sure enough, I stood up and he threw me a ball!!!!  How awesome is that?!?!
By the way, I think Derek Jeter's dad was sitting in the row behind me.
Here are some pics from the game.  What a great night! 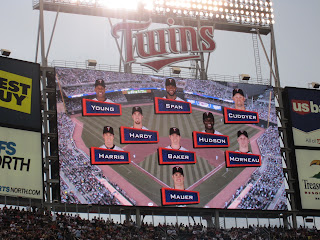 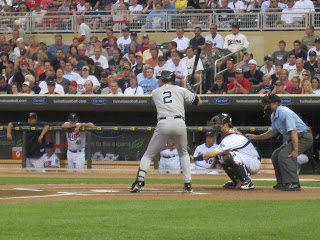 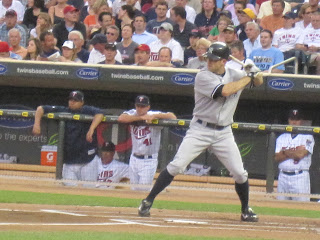 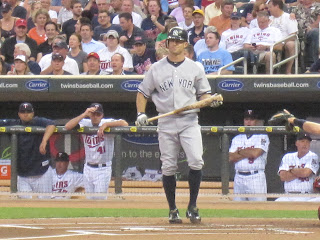 Brett is a cutie 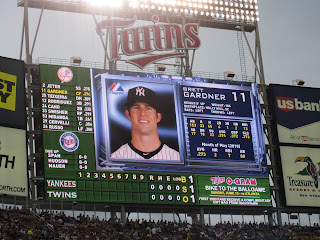 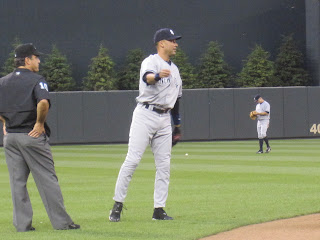 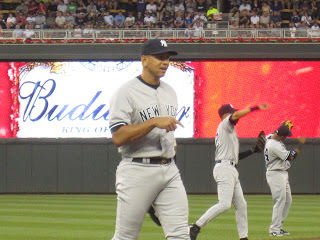 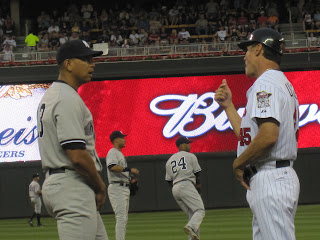 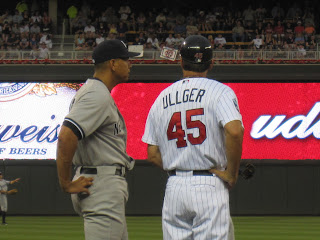 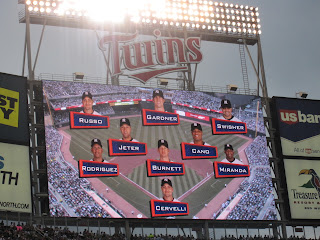 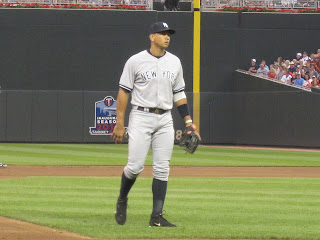 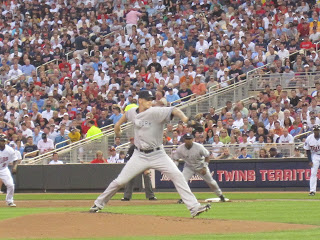 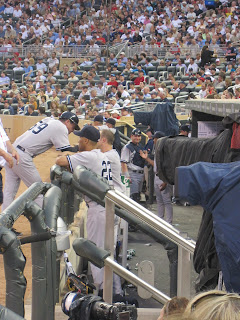 Right by the NY Yankees dugout 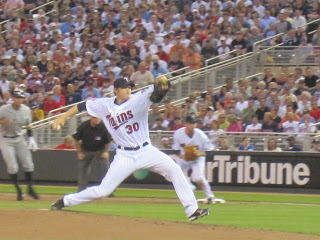 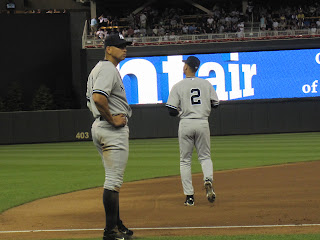 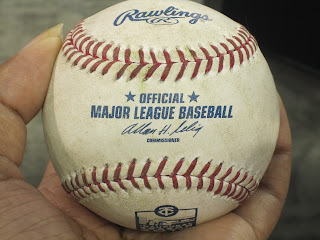 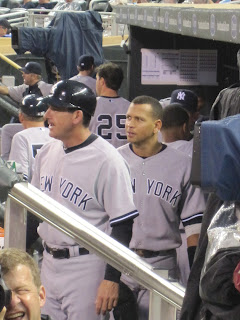 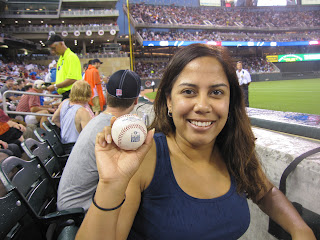 It's raining, but I should've worn make-up for this picture!  Ugh. 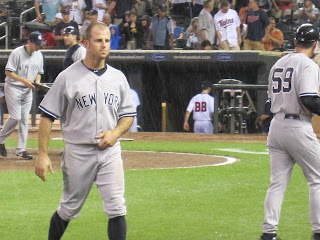 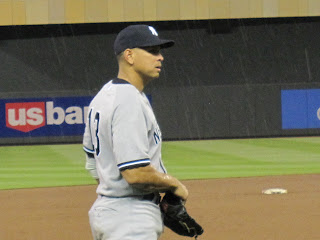 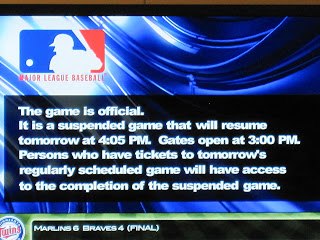 Who cares?!?!  I have my first game baseball from A-Rod!
Like I said, what a great night.  Fortunately I was sitting next to a group of really great guys (i.e. brothers and their dad and uncle), who let me wait out the rain delay with them in the 3rd Base Club.  Lucky, lucky ME!!!
****  While in the 3rd Base Club an older gentleman who is a Yankees fan wanted to see my baseball.  When he went to touch the ball, I instinctively moved the ball away from his hand.  I wasn't going to let another ball get away!  He offered me $200 for the ball, and I turned him down.  He went to $300 and was denied again.  One of the guys I was hanging out with, said I'd sell it for $700.  I shot that offer down also.  Memories like the one I had are PRICELESS!
Last night's game is being finished today at 4PM (CST) at Target Field.  I already have Marcus, the scalper, working on a ticket since the people who have tickets to tonight's game have access to both games today.  If he can't pull it off, I have Game 5 of the Eastern Conference Finals as my fallback option.  Either way, I can't lose!
THE WIRK
Posted by THE WIRK at 11:44 AM