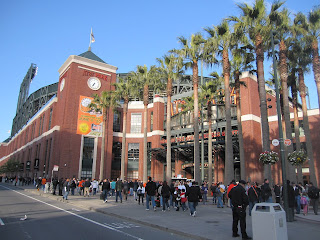 Friday night I was in San Francisco, CA and took a trip to AT&T Park (i.e. my 68th venue) to watch the Houston Astros take on the San Francisco Giants.  Giants won and it was an excellent night out for some baseball!
On the way to the ballpark The Rick, worked his magic and scalped us two tickets in the field club section of the stadium. Scalping was easy. There is a large market of tickets availabe. The Rick went against my better judgement, when he decided to pay a dollar value that wasn't a multiple of $20. I told hm that he should've low-balled the scalper and dropped the price $10, but he didn't care. Oh well. Our seats were awesome. 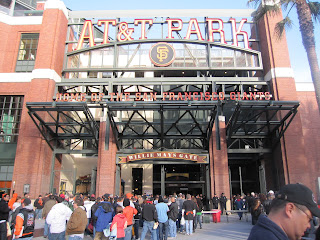 After taking pictures of the Willie Mays' statue, we went into the separate entrance for field club ticket holders, through the concession area, past the medium rom, and down the hallway towards the Giants clubhouse. **** If you know me, you know I love having access to this kind of stuff... I eat stuff like this up! 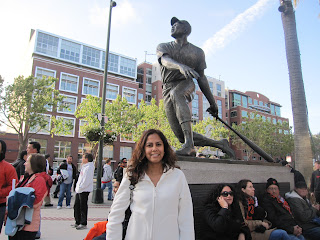 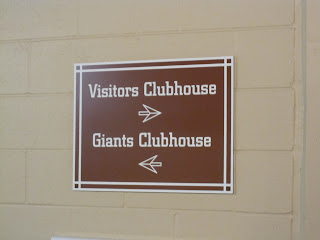 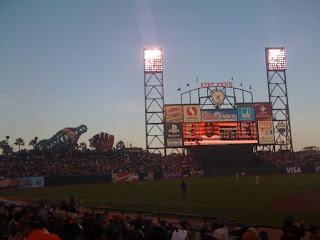 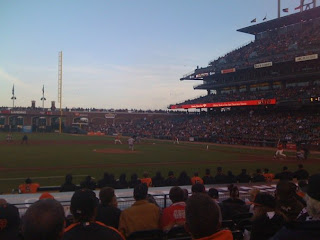 View from the seats
Once we checked out our seats, we did a lap around the ballpark to see all the interesting features that make the ballpark unique.  The cable car, the marina, the San Francisco-themed concessions (e.g. clam chowder in a Boudin sourdough bowl) etc. all contribute to the charm of the stadium.  Any true baseball fan needs to check out this venue.
The San Francisco Giants beat the Houston Astros 8-2.  I must be lucky for home teams, because on Friday night, the Giants ended their three-game losing streak, and Houston ended their four-game winning streak!  It was an exciting game to watch at a wonderful stadium that offers baseball fans such views as McCovey Cove (i.e. Willie McCovey was a monster left-handed hitter that played in the 1960s and 1970s with the Giants) a beautiful marina, a cable car, and the Bay Bridge.
Enjoy the following pictures from around the ballpark. 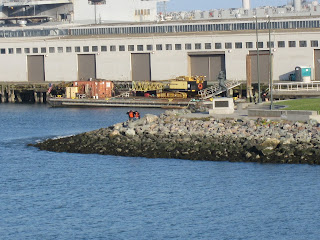 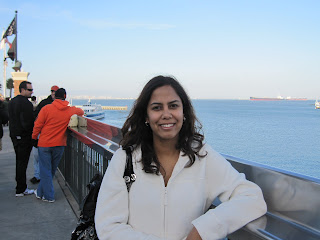 The ballpark is on the water 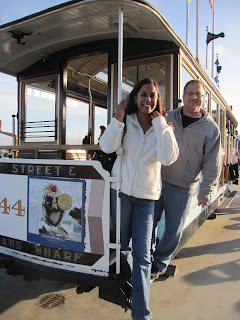 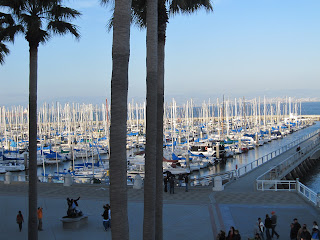 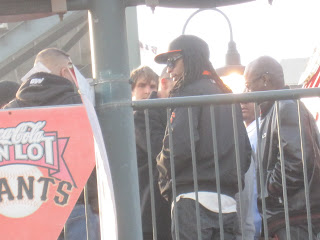 Lil Jon was spinning before the game 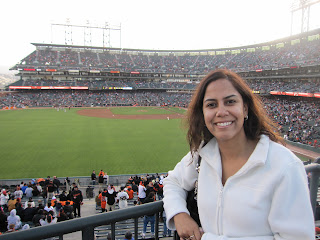 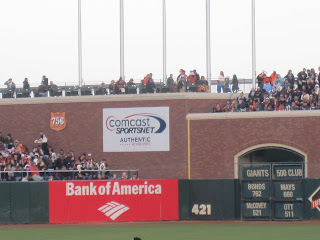 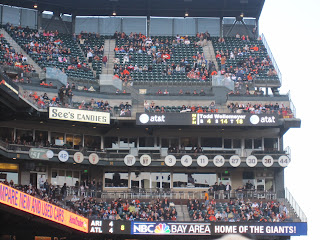 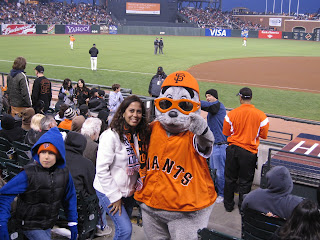 Lou Seal and I 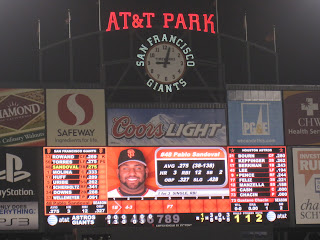 I like Pablo Sandoval and unfortunately he was hit with a pitch right when The Rick and I had our picture taken. 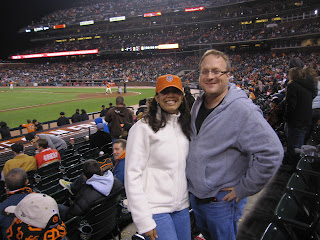 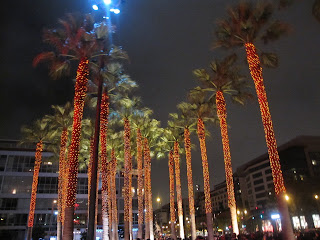 Leaving the ballpark
THE WIRK