Kyle Korver and Carrot Top were separated at birth

Today, I wanted to go to New York to watch the Oklahoma City Thunder take on the New York Knicks.  Things didn't pan out the way I wanted them to, but I did take the time to rest and watch a little bit of the Chicago Bulls v Washington Wizards game and then I started to think...

Kyle Korver.  Yeah.  This post has absolutely nothing to do with his game (i.e. or even the Bulls v Wizards game).  When I look at Kyle Korver on TV, all I can do is think of Carrot Top. 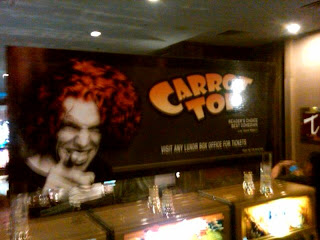 Last night, I was sent a picture of Carrot Top.  I think it's from an ad for his show.  I have a friend who's in Vegas and thinks he's funny.  The caption for the text was, "I found you a boyfriend!".  Both Carrot Top and my friend have jokes.

Regardless, I'm sticking to my story.  Kyle Korver and Carrot Top share the same face/bone structure.  Honestly, shave both Korver and Carrot Top's heads and I'd be willing to bet they'd look like twins.
When I tweeted this revelation earlier today, I received a few tweets back, which made me wonder if I was the only person who "sees" the resemblance.

Turns out, I'm not alone.  I googled both Korver and Carrot Top's names together and numerous other links came up.  I also Googled "Kyle Korver" and took a look at the Kyle Korver Wiki page.  According to this page, people think Korver looks like Ashton Kutcher.  Umm, I guess so, but not really.  Moreover, if that's the case, does that mean Carrot Top looks like Ashton Kutcher?!?!  Absolutely, not.  ****  Update:  Umm, well...  I just saw Ashton Kutcher in the opening for That 70s Show, so now my answer is "maybe".

I just checked my photo files and I don't have any really great pictures of Korver.  Maybe these pictures (i.e. from his days with the Utah Jazz) will help you decide. 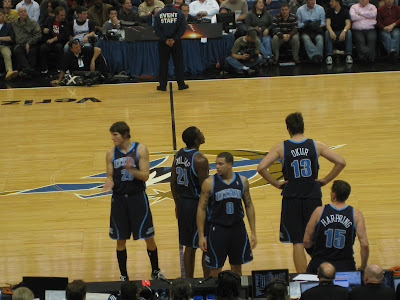 Korver is on the left 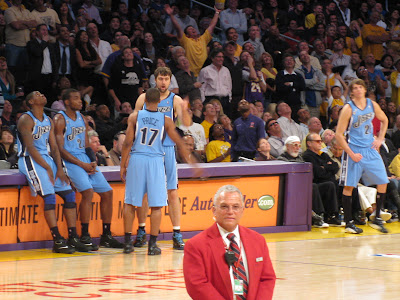 Korver is on the right
You may not be able to see the resemblance in my pictures, but if you Google it, you'll see that I'm not alone.