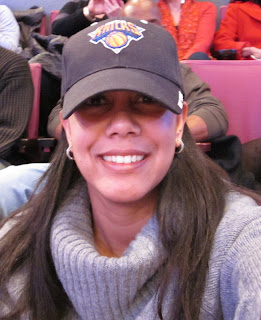 
Today I went to New York and took my first trip to Madison Square Garden for a New York Knicks home game.  The Chicago Bulls were playing the New York Knicks.  ****  I've been to The Garden at least twice before.  Once for a Pittsburgh Penguins v New York Rangers game and another time for the Big East Semifinals.
As I was leaving the arena today, a man said "Excuse me," and asked to move by me.  It took me a few minutes and a few looks but I'm 99.99999999999999% sure it was David Kahn.  For those of you that don't know your basketball executives, shame on you.  David Kahn is currently the President of Basketball Operations for the Minnesota Timberwolves. 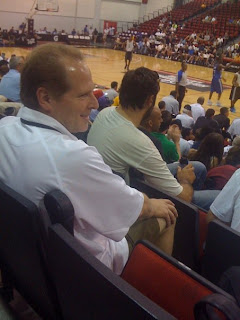 I found myself sitting behind David in Las Vegas during NBA Summer League.  Actually now that I think about it, he was siting next to New York Knicks scout, Rodney Heard, that day.
Anyway, maybe it's nothing or maybe it's something, but David was definitely at The Garden today.  I don't normally notice other basketball execs hanging out at other arenas (i.e. when their own team isn't in town).
I did some digging and noticed that there's a Bleacher Report article about David Kahn referring to a "singular move" to take the Timberwolves to the next level.  Here's a link to the article:  http://bleacherreport.com/articles/550034-is-david-kahn-close-to-the-one-singular-move-to-turn-the-timberwolves-around.  Maybe this move involves the New York Knicks...
Like I said, maybe it's something or maybe it's nothing ~ but it's definitely interesting enough for me to post. 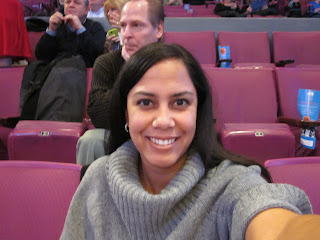 ***  I just downloaded my pics and David Kahn was sitting behind me at the Bulls v Knicks game today.  How do I know?  I took a pic of myself while sitting in my seat.  Random...

****  One last thing, to the many Knicks fans and everyone else who have/has been reading this post/blog please take a second to vote for me on: http://ballhyped.com/about/ballhyped-sports-blogs-of-the-year/.  I'd appreciate it.  Thanks!
THE WIRK
Posted by THE WIRK at 9:31 PM