My thoughts on contraction and the NBA

My thoughts on contraction and the NBA. 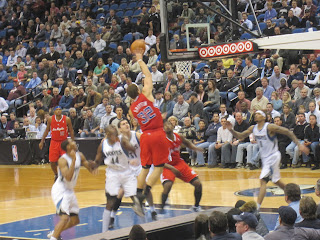 Sure there are teams that historically have underperformed in the NBA and other teams that may not be able to survive financially in their city.  We all remember Danny Ferry leaving for Italy rather than play for the Los Angeles Clippers, but even the Clippers have become exciting again (i.e. with Blake Griffin).  Further, this month, the NBA has announced that it plans to purchase the New Orleans Hornets (i.e. where star Chris Paul excites the crowd).  There are other examples out there...  However, I don't believe contraction to be the answer.
I think the notion of having 3-4 stars on a team is fine, but I think that some players (i.e. who have been vocal recently)  need to understand that this is generally done by having 3-4 players (1) STEP UP to achieve stardom by improving their games and/or (2) play in a system that accentuates their strengths. I think making a "deal with the Devil" (i.e. it's an expression, so calm down ~ I love Riley and Spoelstra) is not and should not be the norm.  Even role players in the right niche, will work hard, develop their game, and become stars. It takes time...  There are no quick-fixes and shortcuts.
Would Scottie Pippen be "Scottie Pippen" if he had never played for the Chicago Bulls and was without Michael Jordan during his career?  The world will never know.  However, I believe that talented, hard working players in the NBA will rise to the top and make their teammates better... 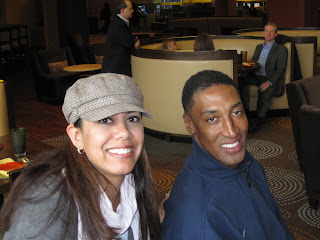 I think there's a lot of men in the NBA (i.e. regardless of what team they play for) that individually I couldn't pick out of a line up.  This "anonymity" can be for a variety of reasons...  Maybe the player is young or is a long-time journey men that bounce(s) from team to team.  Another reason could be that I'm getting older and the guys are younger now.  ****  Nah, that can't be it.  It's not like I'm losing my memory.  I'd argue that these men have given me no reason to remember their game.

It's no secret that all NBA drafts are not created equally.  I'd love for a team to walk up to the podium and "Pass" on a draft when the talent is weak if they really can't get a player to help them or make the right deal.  I've never been in a war room, but am I really to believe that some of these choices were sincerely thought to bring success to a team?  I've seen players get drafted and immediately I think of coaches who have a relationships with agents...  ****  Having the 1st pick in the draft doesn't guarantee a powerhouse for the franchise.  Further, of course, you can find a needle in a haystack and find treasures deep in the draft.  However, the development of that talent usually takes time.

If you want an argument for or against contraction from a financial perspective, this isn't the place for you.  I'm not going to run any numbers here.  I just needed to sound off on the topic, because I'm tired of reading other peoples' ideas about it.

LeBron James talking about being in favor of contraction, would be like Warren Buffett telling a homeless person that he saves a lot of his money.  Thanks, but just be quiet.

****  One last thing, if you found this post/blog thought-provoking and/or enjoyable, please vote for me (i.e. for Blog of the Year) on the right-hand side towards the top.  It only takes a second.  Thanks!