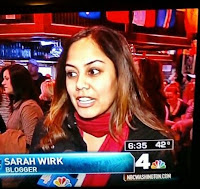 I have a friend who referred to me as "the blog lady".  At times, I don't touch this blog...  When there's nothing to talk about, there's nothing to write about.  I think about this blog a lot.  I have a lot of ideas.  I'm outspoken and opinionated.  When I have something to say, I express it.
Since I'm single, I travel a lot.  At times I think I travel too much.  In general I have a lot of energy, but I also pay attention to my body and make sure I don't push myself too hard.  However, I admit that I do push myself.  If you've been following this blog, you've seen me travel the country now for 12 months.  I've criss-crossed the country, left the country, and visited friends and family as I went from adventure to adventure.
This year I went to the NFL Wildcard games, Super Bowl, NBA All-Star weekend, The Masters, the ALDS, ALCS, NLCS, and countless other (i.e. baseball, basketball, football, and hockey) games.  I've reviewed various casinos.  I provided insight into various sports headlines.  I've also covered concerts such as Mariah Carey, Jay-Z, Eminem, and Prince. 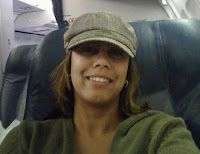 If you look at the map at the top of my blog, you can see the trips I've taken.  The map looks crazy, and it's not even comprehensive.  Those are only my leisure trips that are tracked.  Ironically, for a blog called TheWirk.com, I don't track my work trips.
Although I'm usually behind a keyboard, there are times when you can hear me talking.  Usually, I save my "sports" voice for when I'm surrounded with other people in the industry (e.g. athletes, media, or very knowledgeable friends).  During the Winter Olympics, I made it on TV.  My comments on the US Men's Hockey team's quest for a gold medal, were on the news and published on the internet in multiple forms, as part of a larger news segment.  If you want to see a clip,here you are: http://www.nbcwashington.com/news/local-beat/Local_Blogger_Talks_Hockey_Washington_DC.html. 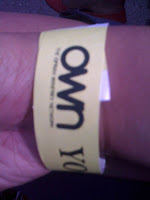 A few months ago, I auditioned with 2,000 other people in the New York/New Jersey area (i.e. there were 3 other casting calls in the US) for a TV show on Oprah's new TV network OWN that debuts in 2011.  I pitched my idea for a show and was called back by casting to shoot an audition tape.  I'm pretty sure that endeavor, via that forum died, but that doesn't mean that the dream is dead.
I've seen places and stadiums that I've never been to and reconnected with friends and family. Some of my friends and extended family I'd only see at weddings, but because of a sporting event or a concert, I might have seen them at least a couple of times this year. Family and friends are important to me. 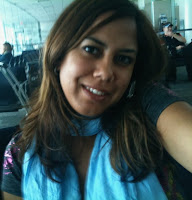 Sports, music, and my love of travel have introduced new people into my life that have made my life so much richer. Being a girl at a sporting event, it's not uncommon to be surrounded by 20,000+ men on any given night.  I'm a quality over quantity person though, and I'm very picky about who I let into my life, much less date.  I'm definitely not the friendliest person you'll ever meet (i.e. especially when I'm paying attention to a game).  Usually, I have my guard up and am not fond of strangers, but I'd like to think I'm a good judge of people.   When attending a game alone, I tend to drown everything out.  Sure I look around. I scan the crowd. I look for familiar faces, famous people, and/or anything worth taking a picture of so I can preserve the memory and bring the story home to you. When I attend games solo, I don't usually talk to the people around me. If I was watching a game, I wouldn't want someone yapping in my ear the entire time.
I have met some great people during my travels.  I sat with some folks in New Orleans who found my blog after sitting with me at a Saints game.  One of the ladies sent me an email inviting me back down for a Saints game and expressed her excitement over watching my skydiving video.  I've received an email from a pit boss in Las Vegas after he spoke with my friend about my blog.  The pit boss, pointed me towards his own blog that chronicled his passion for visiting college campuses.  Most recently, I met someone special at the ALCS game between the New York Yankees and the Texas Rangers, who on a return visit showed me a fantastic time and so many sites in Dallas and Fort Worth that I never needed to visit either city again in my lifetime ~ but I did. 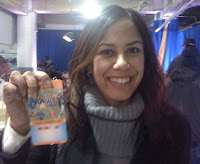 Often I've been asked about credentialing.  I've struggled with whether or not I want to try to obtain media passes or all-access passes.  As of now, I enjoy writing about my experience from the seats.  I don't want to interview.  I don't need that type of access to players, coaches, artists, etc.  I'm more than content watching the game and performance from a floor or lower bowl seat (i.e. you will NEVER find me in the upper bowl ~ count on it).  You'll also never find me courtside.  I've sat in the 2nd row before, but I really don't want to sit courtside.  It scares me.  I like being close, but I don't like to be too close.  I need room to breathe, and I don't have that space, when there's nothing "separating" me from what I'm trying to take in.
Ultimately, I really don't know how long I'll keep up this pace of travel.  My goal to hit every stadium, park, and arena for baseball, football, and basketball is a life-long goal.  AND, in case anyone's curious I plan to live a long life.  It's been a wild ride this year, and I hope you've enjoyed the voyage as much as me.


**** There are only 5 people I regularly answer the phone for and don't think about sending to voicemail. 3 of them are immediate family members. One is my friend, Kanak (i.e. but even she's gotten on Gchat now so those calls are lessening). The other one is whoever I'm interested in at the time and it's none of your business. So let's face it, you may never get me on the phone. I have a bad habit of not returning calls and/or not picking up the phone, when I don't want to talk. If I'm not interested, I won't talk to you. It is, what it is. However, if you want to know what I think or what I'm up to, read this blog and you'll know.

I've been campaigning this week for Blogger of the Year for a site that I contribute to.  I was trading messages with a friend and I said that it was hard to compete with bigger operations.  He simply replied, "There may be bigger operations, but there isn't a bigger operator."  Wow.  He's right though... 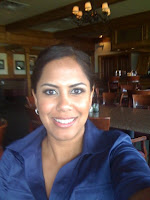 I've never seen anyone cover the world like me in one year!  That's the truth.