Georgetown will win the Big East tourney, and a trip to The Garden triggers so many memories... 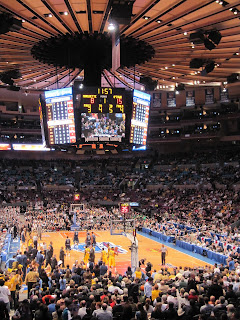 I missed the opening tip-off, because I was negotiating... 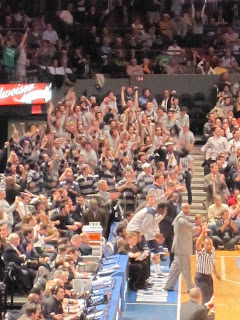 At The Garden and in NYC space is limited, so student sections are smaller
. 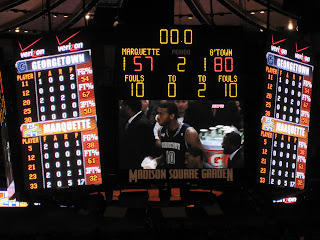 Marquette kept it close in the 1st half.
Check out the Hoyas' shooting percentages.  Wow! 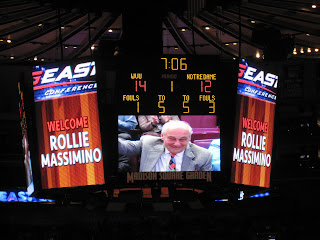 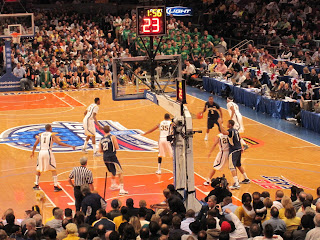 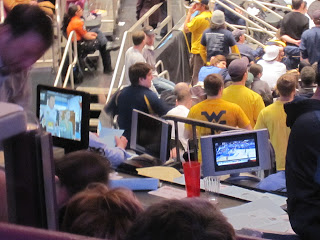 That's not a NASCAR driver, that's Will Ferrell
On to the next episode in the morning, so that's all for now...

And if you're not geared up for March Madness, here you go!