I went to the Big East tourney last Friday and sat next to 4 ladies.  Actually, I should correct that and say "5" ladies, since SpoonEllen was there.  Do any of you know who SpoonEllen is?  Well, you should.  Chances are she's doing things that are much cooler than you, and (to be honest) she probably dresses better than you and Flat Stanley.  SpoonEllen, from what I've observed, likes comedy, loves to travel, is a philanthropist, attends book signings, and appreciates the arts and sports.  She's is definitely no one trick pony.

I peeped her photo gallery, and I noticed that she'd been to the US Open.  The Wirk has yet to be make it to Flushing Meadows for the tournament...  Not only has SpoonEllen bested me with that event, she has met tennis great, Billie Jean King!  Are you serious?!?!  I'm officially jealous. 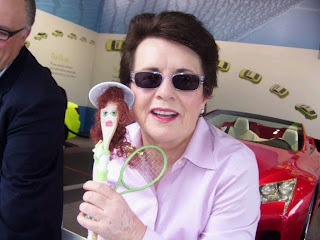 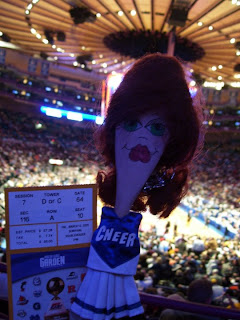 The Wirk met SpoonEllen at the Big East Semifinals 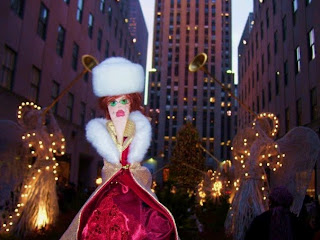 SpoonEllen on 5th Ave and dressed for the holidays
SpoonEllen is "living the dream" and doing it ever so stylishly!