I went to the Rockets v Wizards game at the Verizon Center.
The Rockets won, but enough about that.  From the empty seats in the pictures, you can see it was a real barn burner (i.e. sarcasm).  The only reason I'm even mentioning this game is because both Scola and Oberto played.  After some quick checking, it appears that I'm not the only person who thinks that these Argentinians look like twins.  See for yourself!  I wish they would've switched huddles at some point during the game to see if anyone would notice... 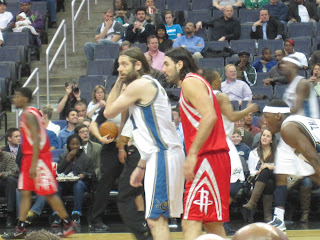 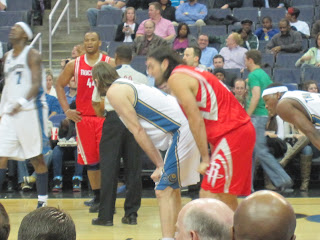 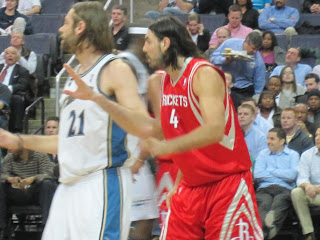 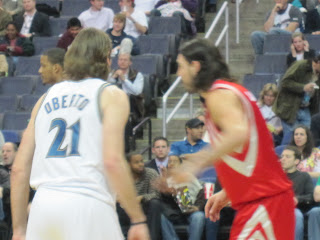