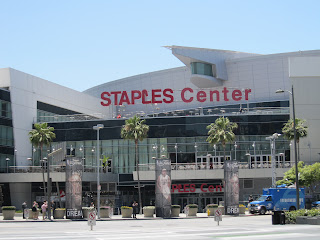 Ever been to the Staples Center?  I have.  I'm proud to say that I've been there twice now.  I'm an old school Lakers fan.  I'm not a Kobe Bryant fan so it's been tough watching the Los Angeles Lakers play the Boston Celtics in the finals.

I'm a Cleveland Cavaliers fan, so without a real horse in the race ~ I'm conflicted.  Anywhere but in LA, I'd probably root for Boston.  However, "when in Rome" and being an old school Lakers fan, I HAD to get myself into the game and root for the Lakers.  Yeah, I know...  It hurts me too.

Here are some pictures I took while running around the Staples Center recently (i.e. the eve of Game 6). 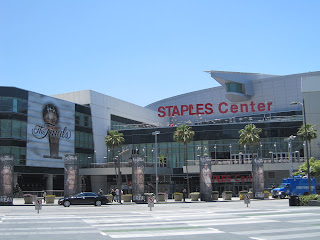 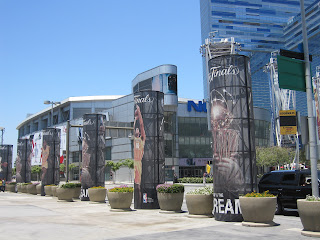 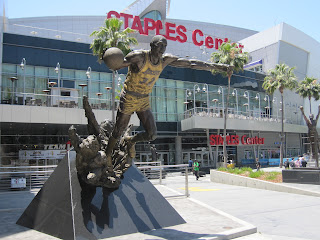 Magic Johnson ~ if you don't like him, there's probably something wrong with you 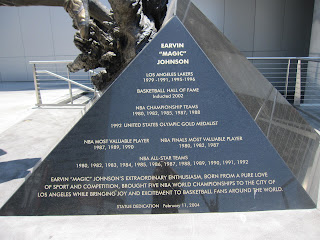 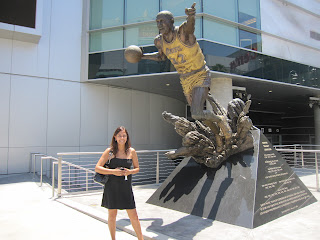 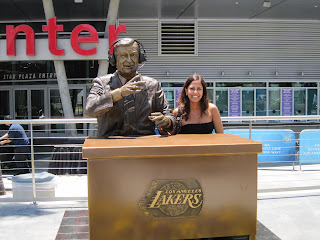 Chick Hearn and I
THE WIRK
Posted by THE WIRK at 2:14 AM