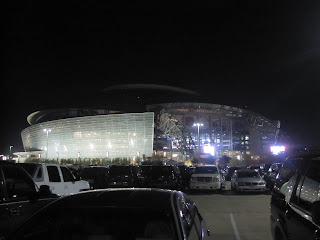 Last night I went to my 3rd event that the new Cowboys Stadium (i.e I have already hit last season's Cowboys NFC Wildcard game and last season's NBA All-Star game).  This time I was there for my first boxing match.

That's right.  I'm spoiled.  My first fight was in Dallas (i.e. ok, Arlington) and at the new Cowboys Stadium, because I couldn't resist the allure of the Antonio Margarito v Manny Pacquiao fight...  I had to watch it LIVE.

As I settled into the scene at the stadium, I took advantage of my prime location to scan the crowd for celebrities.  I saw two of the guys from HBO's Entourage series (i.e. Kevin Dillon and Jeremy Piven).  I've been at the same place as Kevin Dillon before though, so the novelty has worn off a bit. 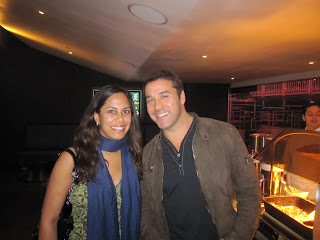 Jeremy Piven and I 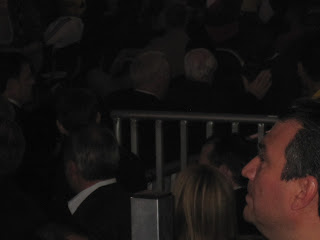 As for other notables in the crowd, of course Jerry Jones was there.  When he walked out next to me, I swear he was with Wade Phillips.  I need to look it up, but they walked to the other side of the ring where the media was sitting.  I looked at the huge screen, and I still think I'm right about it.  I mentioned this to ESPN.com's boxing writer and TV commentator, Dan Rafael, this morning on flight back from Dallas, and he wasn't sure I was right ~ but, I think I am...  I'd bet on it.
Here are 2 other pictures that I took during the fight, of the big screen, that show Wade Phillips sitting next to Jerry Jones. 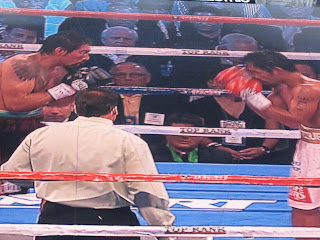 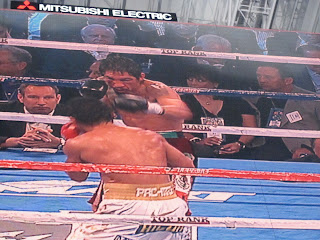 Looks like Wade Phillips to me
Ok.  Enough about that, back to the fight...  With a great seat to the fight, and my camera in tow, here are a few of the pictures and the videos I shot. 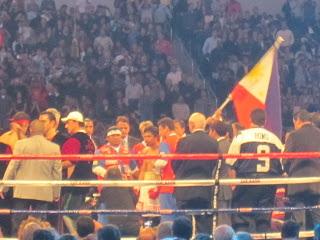 The Philippine flag and Pacquiao in the ring 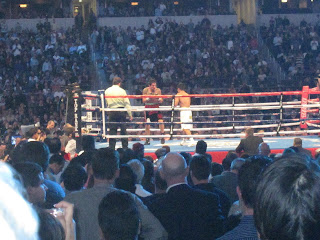 You can see Margarito is cut 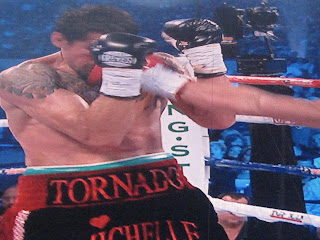 The punch from Pacquiao that cut Margarito 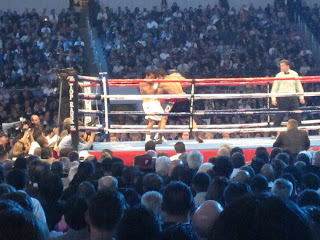 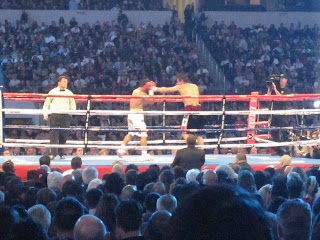 Margarito with a punch to the head 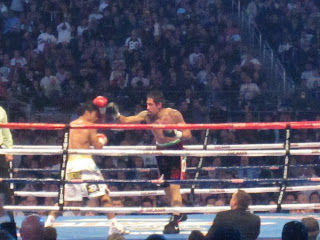 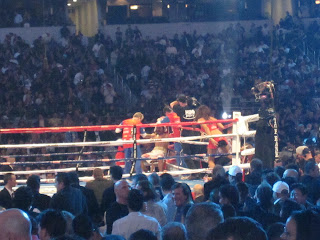 Pacquiao's corner in between rounds 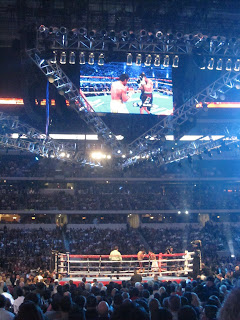 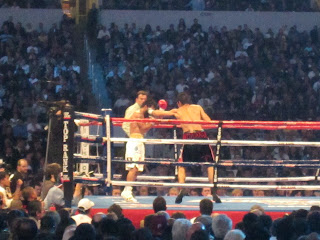 Ouch ~ Margarito definitely landed that one 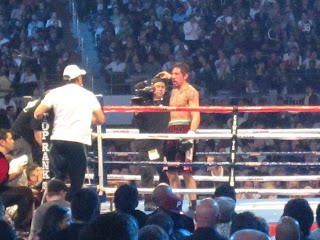 End of the the 11th round, Margarito's right eye is DONE 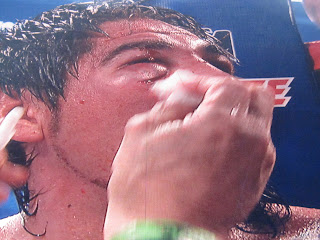 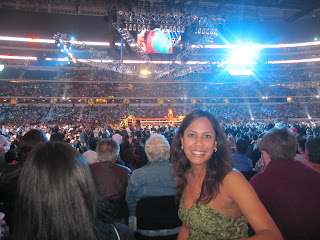 Start of the 12th and final round 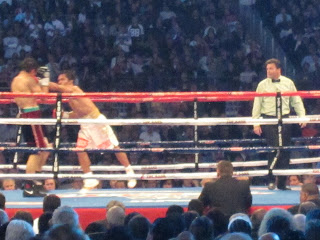 Manny looked like he let up, but was punching STILL 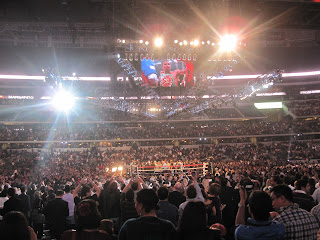 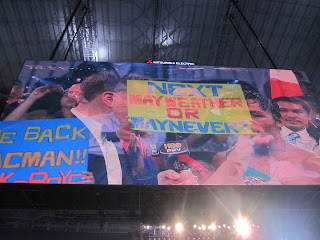 The irony of the poster...  Come on, Mayweather ~ let's fight! 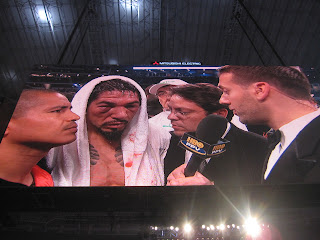 The final interview for Margarito, he fought until the end 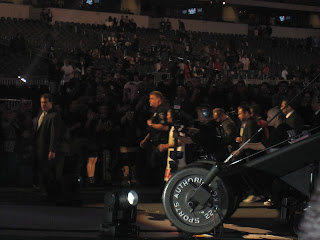 Pacquiao leaving the ring and walking out of the stadium 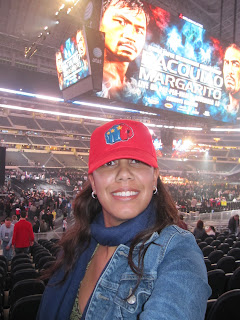 Final picture of the night 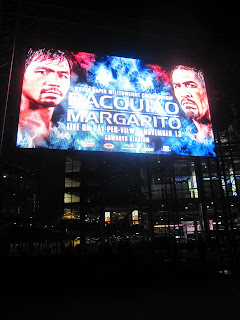 If you're a boxing fan, you really need to go see Pacquiao fight.  He's amazing...  "They" weren't kidding when they said, "speed kills".
Those are the best pictures, I took. Hope you enjoyed them.
Now here are the videos from last night's adventure.
Video: Antonio Margarito entering the stadium:
Video: Manny Pacquiao entering the stadium:


Video: End of the fight, Margarito returns to his corner, while Pacquiao is lifted by a team member:

Manny Pacquiao won the WBC junior middleweight title (i.e. his 8th title in an 8th weight class) and I was there to witness this historic event.  I saw a quote earlier today on my friend Kathy's facebook page and it struck me.  The quote my friend posted was, ""Being realistic is the most commonly traveled road to mediocrity...why would you be realistic...what's the point of being realistic? Fortunately the Wright Brothers didn't believe in being realistic." ~ Will Smith

The last guy I went out with, in Dallas, and I used to debate the virtue of being optimistic v realistic.  Yes, I realize that the quote is from Will Smith...  However, I have to believe that as a boy in the Philippines, if it wasn't for Pacquiao being hardworking and optimistic, we wouldn't have been treated to such a special talent.  Therefore, I'd argue that being realistic is not necessarily a good thing.  STILL.

Like my pictures and videos?  Here's the camera I have that I used.  I've had this camera for over a year now and I love it.  ****  For some reason, a little puff of smoke comes out of the top of it, when I shoot pictures.  I think it's just because my pictures are HOT!!!!  :-P