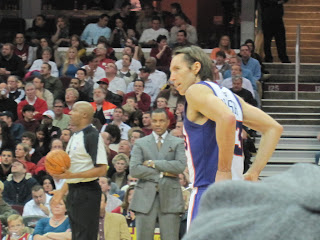 What is going on with the Phoenix Suns?  About an hour ago, Steve Nash (Twitter name: the_real_nash) tweeted the following, "Alvin Gentry, 'if steve gets traded I'm going with him.' Makes me wonder what Alvin and I would go for on the open market? #jockstrap&6pack" 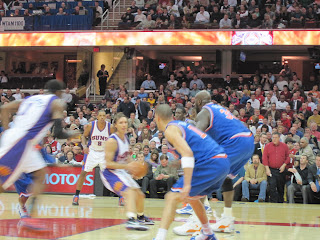 Anyone with any knowledge of basketball cannot argue the value of a talented, hard-working point guard.  The point-guard bring the ball down the court.  In a system that numbers players, the point is #1.  All eyes are on the point guard as the ball crosses mid court.  The point guard can make or break a team.
Nash is one of the heralded NBA draft picks in the class of 1996.  Yes, he was drafted by the Phoenix Suns, but I don't think I paid any attention to him until he started to play with Dirk Nowitzki as a member of the Dallas Mavericks.  Anyone that follows the NBA knows that Nash went back to the Suns in 2004. 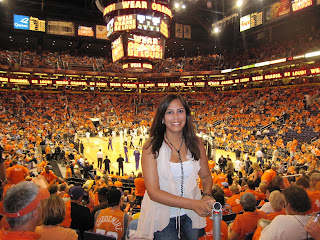 Last season the Suns were successful although last year they ultimately lost to the Los Angeles Lakers in the Western Conference Finals.  I was at the game in Phoenix over Memorial Day weekend (i.e. May 29, 2010 to be exact) and watched as Phoenix lost with a score of 111-103, after Kobe Bryant dropped 37 points. 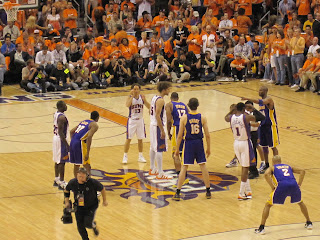 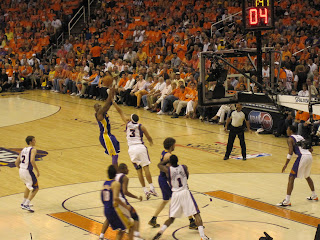 Kobe being Kobe
With the Los Angeles Lakers as the defending NBA Champions, they're definitely the team to beat.  I'm not sure where the Phoenix Suns will end up this postseason.  With Amare Stoudemire gone and Nash the subject of numerous trade rumors, it has to be unsettling for Suns fans.  The Suns offense is exciting to watch and I'm not sure who'd they get to replace him.

After all of my years following professional sports, one thing I've learned is that no one's job in the NBA is secure, no matter what he has accomplished.  However, as someone who finds herself cheering for the Suns in the playoffs, I hope Nash stays in Phoenix.